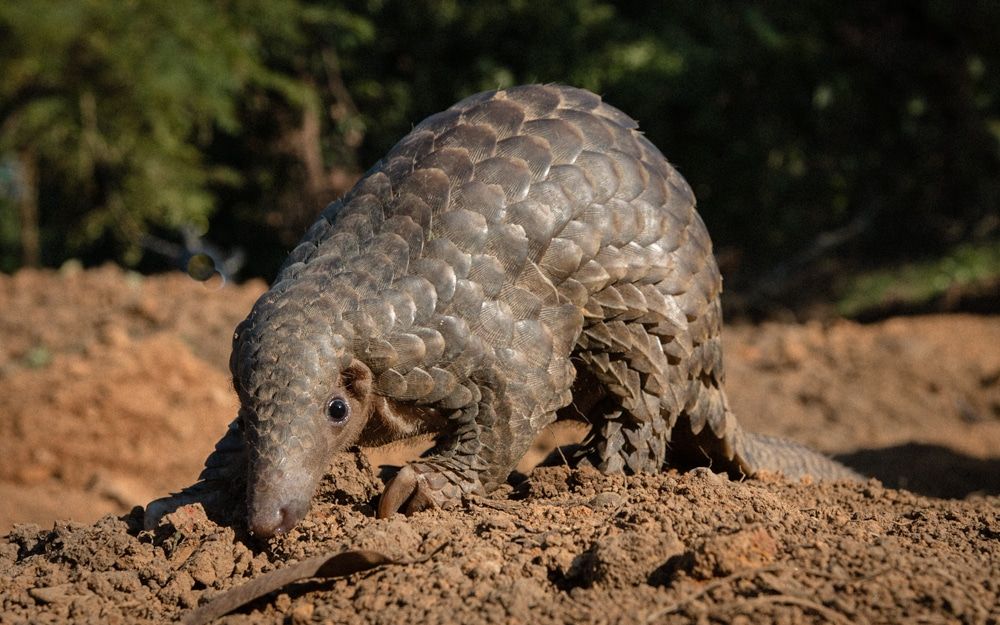 The pangolin, or scaly anteater, has the heartbreaking “honor” of being the most illegally trafficked endangered mammal on the planet. The voracious appetite of the Asian traditional medicine market is rapidly pushing this little-known animal towards extinction.

This true devastation of the trade has been exposed with new video footage showing the brutal capture and slaughter of a wild pangolin in the Indian State of Assam.

Filmed by an undercover researcher working for World Animal Protection (WAP) and the Wildlife Conservation Research Unit for the University of Oxford (WildCRU), the harrowing footage shows a terrified pangolin attempting to hide from hunters in a tree hollow, as the men first try to chop into the crevice before using fire to smoke the animal out.

Once they have the pangolin back in their hut, the hunters repeatedly hack at it with a large machete, inflicting blow after blow on the weakened animal. It’s a vicious act, ending with the pangolin lowered into a cauldron of boiling water — possibly still alive. 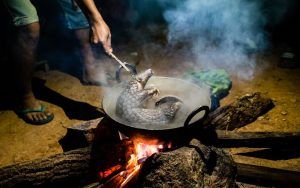 “Suffocated with smoke, beaten and boiled alive – this is a terrifying ordeal and pangolins clearly suffer immensely,” said Dr. Neil D’Cruze, Global Wildlife Advisor and lead researcher at World Animal Protection. “This footage shines a spotlight on how truly shocking the practice of hunting pangolins truly is. Not only is this a major conservation issue, it’s a devastating animal welfare concern. If we want to protect pangolins from pain and suffering in the countries they come from, we need to tackle the illegal poaching trade.”

Although it is unknown exactly how many pangolins remain in the wild, organizations like TRAFFIC say they are disappearing throughout their natural ranges, primarily driven by the demand for the scales and other body parts in China.  WAP estimates that more than one million animals were taken from the wild between 2000 and 2013.

This two-year investigation focused on pangolin hunting in India, where very little research previously existed. It found that hunters in Assam have started to specifically hunt pangolins, as one animal can fetch the equivalent of four month’s salary.