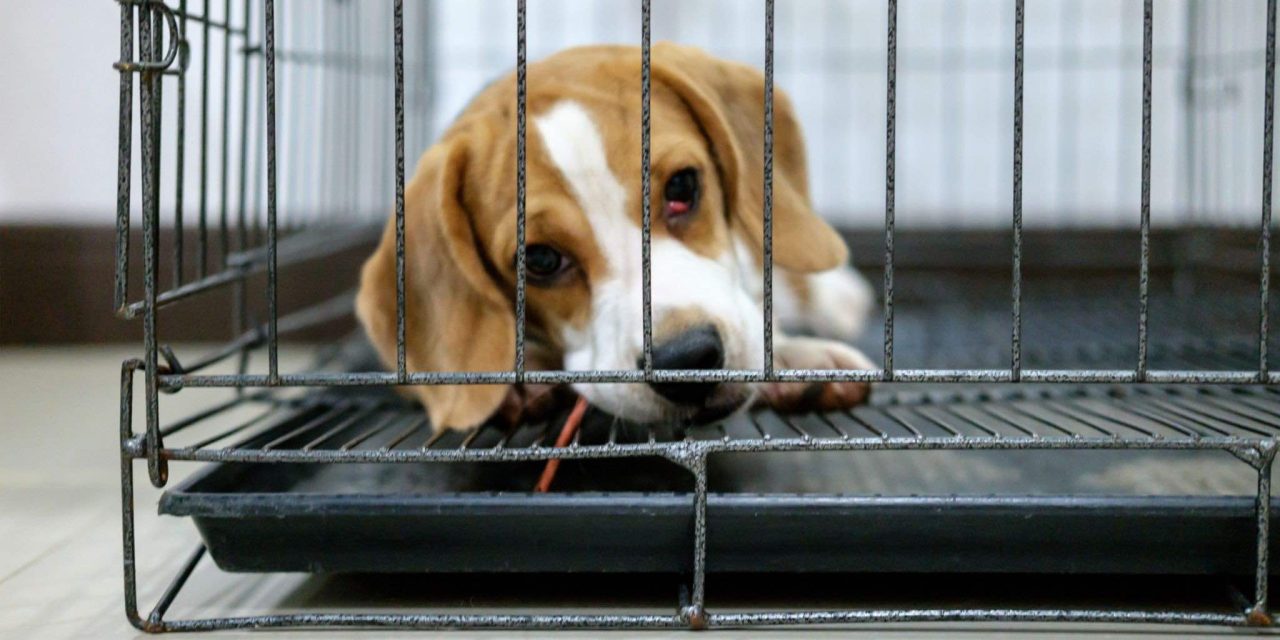 Congress is taking action after a new investigation revealed that hundreds of puppies bred to bleed have been subjected to cruel and wasteful experiments for the last 75 years.

Documents obtained by nonprofit White Coat Waste through a Freedom of Information request showed that the U.S. government — for a staggering 75 years — has funded a cruel program that intentionally breeds puppies to suffer from bleeding disorders, like hemophilia, for painful, invasive and life-threatening experiments at the behest of the National Institutes of Health (NIH), WCW reported.

The NIH’s “bleeding beagle” breeding colony, at the University of North Carolina-Chapel Hill, intentionally breeds as many as 150 puppies annually for the cruel experiments and has cost taxpayers over $21 million since 1999 alone, the investigation revealed. That total does not include the cost of the dog experiments, for which separate, yet-to-be-disclosed NIH grants also provide funding.

In addition to beagles – a victimized breed for their gentle natures and docility – dogs bred and abused by the research lab include Scottish terriers, Irish setters, mountain curs, Old English sheep dogs, Keagles, Basenjis, Kooikerhondjes, and Great Pyrenees, according to WCW.

In response to the WCW investigation, Reps. Dina Titus (D-Nevada) and Brian Mast (R-Florida) sent a letter to the NIH demanding the agency provide more information on the research program.

“The NIH should not be using taxpayer dollars to fund a dog colony that breeds sick puppies for experiments,” Titus said in a statement. “There are many alternatives to animal testing that are both humane and yield better results so that we can save dogs and puppies AND taxpayer money. We must end these cruel experiments once and for all.”

WCW’s #BeagleGate campaign exposed wasteful NIH-funded dog experiments, as well as the agency’s ties to the cruel breeding operation Envigo. This effort led to the introduction of bipartisan legislation to defund NIH dog testing, which is the organization’s objective for the cruel canine experiments at UNC-Chapel Hill.

“NIH white coats have been bleeding taxpayers by bankrolling a secretive dog colony that breeds thousands of sick beagles and other puppies for the government’s wasteful blood disorder experiments,” Goodman said. “Seventy-five years is long enough: stop the money, stop the madness.”

To help dogs and other animals used in cruel experiments, sign our petition urging officials to stop requiring  end the outdated mandate of animal testing as the “only” acceptable safety testing method and allow proven, human biology-based methods to take their rightful place in human evolution.