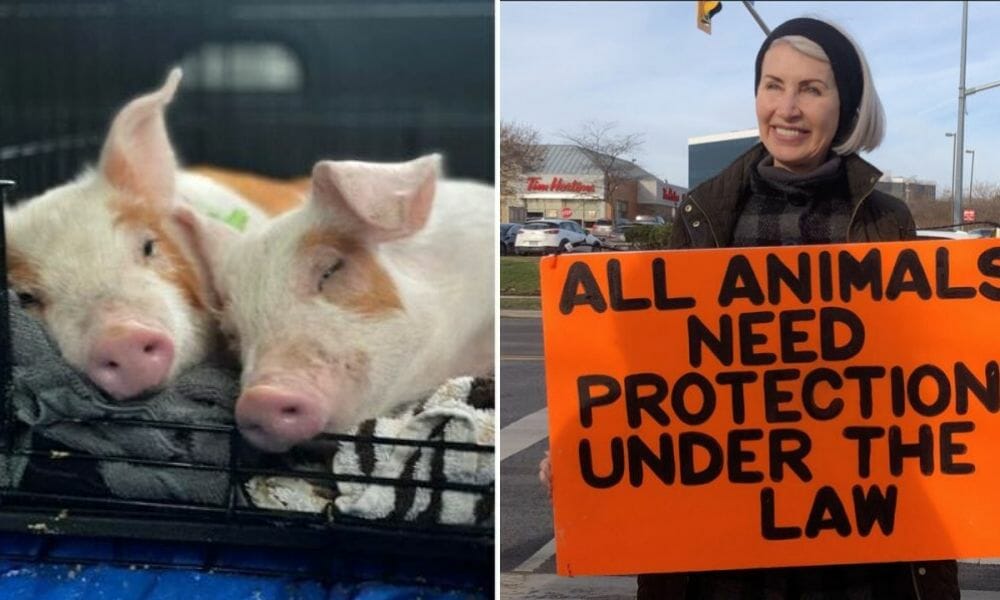 Two beautiful piglets are on their way to a safe home after being rescued from a factory farm in Iowa in honor of animal rights activist Regan Russell. Russell was tragically hit and killed by a pig transport truck in June during a peaceful protest outside of a Toronto slaughterhouse.

Stirred by Russell’s death, animal rights organization PETA persuaded a farmer to compassionately release two piglets in recognition of the kind, elegant, strong, and courageous person who lost her life so needlessly.

This video shows the adorable piglets – named Regan and Russell – being transported to their new home at Arthur’s Acres Animal Sanctuary in New York.

They’re now freely running around in their spacious new home, playing with toys, and even cuddling and nuzzling their human friends.

This is a far cry from the inhumane, overcrowded and dire conditions of the factory farm they would have lived in until their brutal slaughter. It is great news that Regan and Russell have been saved, but many animals are still suffering in the cruel animal agricultural industry. You can help stop their suffering by choosing plant-based options instead of meat, eggs and dairy.