The cruelty behind animal agriculture has been well-hidden, with food packages plastered with images of happy cows on idyllic farms and chickens roaming in wide pastures — and misleading terms like “free-range” and “humane” make us feel proud about our choices.

In recent years, however, the curtains have been slowly peeling away. The horrors that occur behind the scenes of slaughterhouses, egg farms, and circus tents are getting harder to ignore.

And now, writer-director-producer Chris Delforce brings us Dominion, an upcoming feature-length documentary that sheds light on the numerous ways animals are used by humans for food, entertainment, and clothing. It’s not just about a few “bad guys” performing illegal acts of cruelty. It’s about the the standardized brutality that happens every day behind the closed doors of some of the world’s biggest industries. Using secret cameras and drones, Dominion exposes the norms that many of us simply aren’t aware of.

“Industries that profit from the exploitation and abuse of animals hide behind a wall of secrecy,” said Delforce. “They know that if consumers were to see for themselves what actually occurs in the production of meat, dairy, eggs, leather, etc., they’d stop being consumers and those industries would quickly cease to exist.”

Rather than simply asking, “how can we be nicer to the animals,” the film sheds light on the concept of humankind’s right to use animals for its own gains. 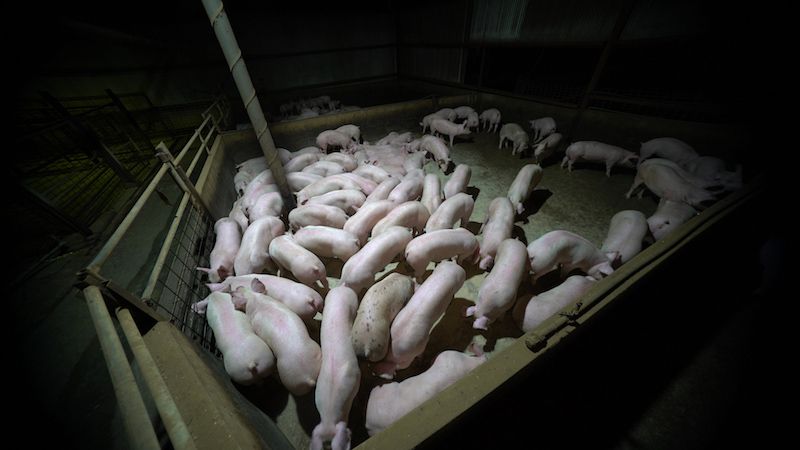 The term dominion addresses concepts like power, authority, and sovereignty. So what makes us think we have the right to take over other species’ lives? No matter how “humane” or “free range” we try to make it seem, the fact is that animals do not want to be harmed for our benefit.

“They don’t want to die and it is within every viewer’s power to make it stop. Unlike other prevalent social justice issues, we’re not trying to persuade a backwards government to do the right thing – this is entirely up to us as consumers. It’s in our hands and it’s our responsibility,” said Delforce.

The film is currently raising funds on indiegogo.com, and is set to premiere in Melbourne, Australia on March 29, 2018, with showings in North America in May 2018.