It May Look Funny, but This Cat Collar Is Designed to Save Birds

Home » Animals » It May Look Funny, but This Cat Collar Is Designed to Save BirdsBy Elise Phillips Margulis | August 30, 2016 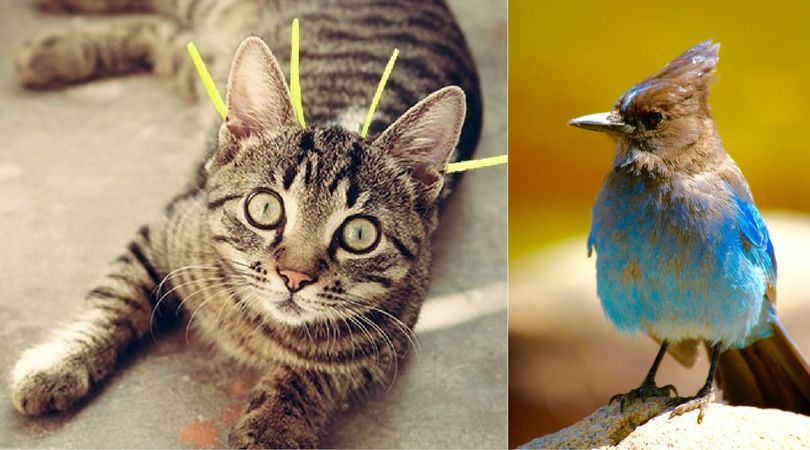 Does your cat lovingly shower you with precious gifts of dead and half-dead birds? A new invention may help. The Chirpon collar was designed to warn birds when a cat is on the prowl in their vicinity, stopping the hunt before it ends in tragedy.

“I inherited two cats from my kids when they left home,” Steven Crawford, bird enthusiast and inventor of the Chirpon collar, told Lady Freethinker. “I, on the other hand, was more interested in the birds that came to my feeders. I was very distraught to see a cat running by with a bird in its mouth as well as finding bird remains at my doorstep. I knew I had to do something when I discovered that researchers at the University of Georgia found that cats bring less than 25% of their quary home. The remainder are either eaten or left dead or dying.”

Crawford researched birds extensively for a year to find a solution to protect them from cat predators. He discovered that birds have a vision cone that humans and cats don’t. Our cones see red, green, and blue. Birds see red, green, blue, and ultraviolet waves. This is because oil droplets in their eyes intensify the color.

“The silicone appendages [of the collar] are formulated to reflect UV light, and move with the cat’s movement,” Crawford explained.

Crawford had a factory attach grommets to a regular cat collar made from sustainable bamboo fibers, and designed ultraviolet-reflecting appendages to attach to the grommets. He used silicone because it’s soft and pliable, and a cat doesn’t feel discomfort when lying down or rolling on it. The appendages are removable for indoor use of the collar.

While the Chirpon isn’t available at retail outlets, interested cat owners can get one in advance by contributing to the company’s Kickstarter campaign.

If effective, this innovation could prevent the deaths of countless birds. Americans own about 84 million cats, and most people are unaware that the avian population has been reduced dramatically due to their beloved felines — who collectively kill an estimated 1.4 to 3.7 billion birds each year in the United States alone.

The best way to stop the carnage is to keep your cat inside, where they can’t hunt birds and other animals (and will likely live far longer than outdoor cats). But for the millions of cats who do go outside,  inventions like this just may save the lives of their potential prey.