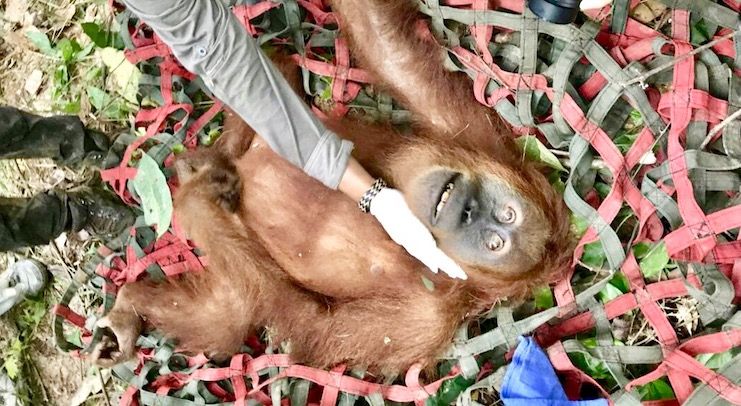 The bill — entitled the California Deforestation-Free Procurement Act (AB-572) — is co-sponsored by Peace 4 Animals, Social Compassion in Legislation (SCIL), and Friends of the Earth.

If successful, AB 572 would require all contractors in the state who are sourcing products considered to be “forest-risk commodities” to certify that these products have not played a part in the destruction of tropical rainforests, or illegal land conversion. Contractors would “have to develop and maintain a No Deforestation, No Peat, No Exploitation Policy (NDPE).”

The legislation will apply to products such as wood, paper, palm oil, soy, beef, leather, coffee, cocoa, rubber and more — all of which are produced in rapidly dwindling rainforest areas throughout the world. If passed, the new regulations would come into effect on January 1, 2021.

Bill AB-572 acknowledges that California — along with the entire planet — is at risk due to climate change, and notes that as the fifth-largest economy in the world, the state has the power to reduce deforestation significantly through its supply chains.

With earth’s rainforests now only covering seven percent of the planet’s surface, they still hold an astounding 50 percent of the earth’s species. A staggering 18,000,000 acres of tropical forests are being razed every year. If we can’t cease this destruction, the rainforests will be gone within 100 years, along with the thousands of species within them.

The importance of this piece of legislation should not be underestimated; it has the potential to save critically endangered animals such as orangutans, rhinos, elephants, and tigers — all at risk of extinction due to land clearing in Indonesia, primarily for the palm oil, paper, and pulp industries.

“When a species is wiped out, it’s forever,” says Katie Cleary, founder of Peace 4 Animals. “With this important bill, California has the chance to stop contributing to this global epidemic, encourage ethical purchasing, and help restore a healthier planet that includes the protection and preservation of our world’s most iconic animals.”

We commend the authors, co-authors, and co-sponsors of this crucial bill for their commitment to protecting tropical ecosystems, and will continue to follow the progress of AB-572 through the Senate.