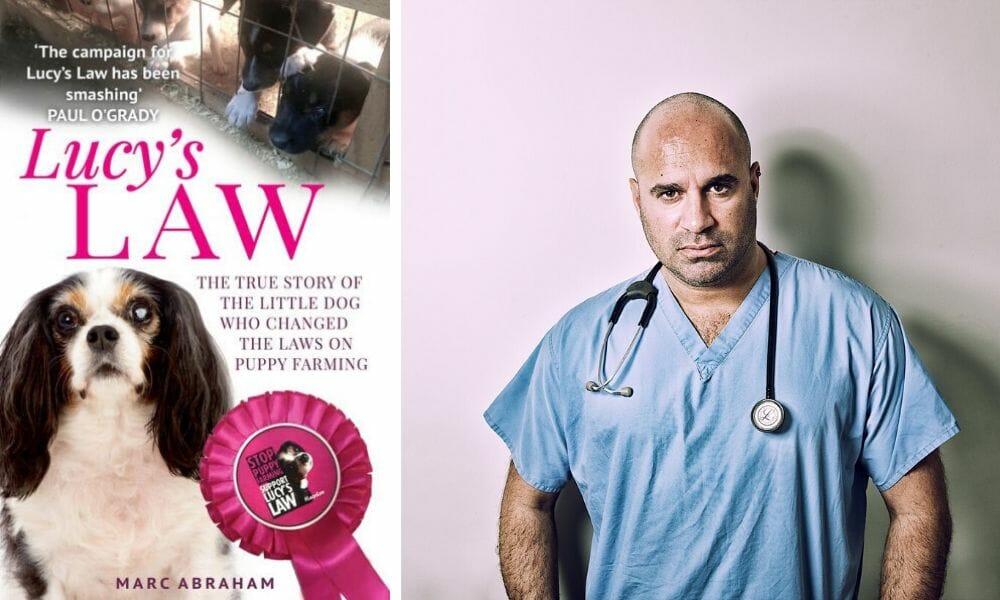 Marc Abraham’s new book, Lucy’s Law: The Story of a Little Dog Who Changed the World, shows how one very special dog — along with her caring guardian and a kindhearted, determined veterinarian — helped bring an end to the gruesome puppy farming industry in England.

Born into a Welsh puppy farm in 2008, Lucy, a Cavalier King Charles Spaniel, spent the next five years giving birth to dozens of puppies only to have them stolen from her moments after they were born. After weeks of suffering in cruel conditions, breeders sold Lucy’s babies online, shipping them throughout the UK. And the cycle continued, as it did for so many dogs held captive by the barbaric puppy mill trade.

In 2013, a new chapter in Lucy’s life began. Chosen for adoption, she was saved and rehabilitated by her loving new caretaker, Lisa Garner. Recognizing how special her new furry friend was, Lisa set her sights on abolishing the puppy farms that Lucy painfully endured for so many years.

Meanwhile, “Marc the Vet,” as he’s most popularly known, saw an influx of seriously ill puppies, much like Lucy. He quickly realized most of the sick dogs came from the same breeder, and with the help of Lisa, homed in on stopping this unnecessary animal cruelty, an ambitious tale worthy of Homeric acclaim.

Over 10 years later, in April 2020, Lucy’s Law went into effect after passing into English legislation in June 2019. All breeders are now fully responsible for being transparent and upfront with their prospective buyers.

Happy endings are few and far between in the persistent battle for animal welfare, but Lucy gives us all hope for a more compassionate future.

Purchase Lucy’s Law on Amazon or Barnes and Noble.