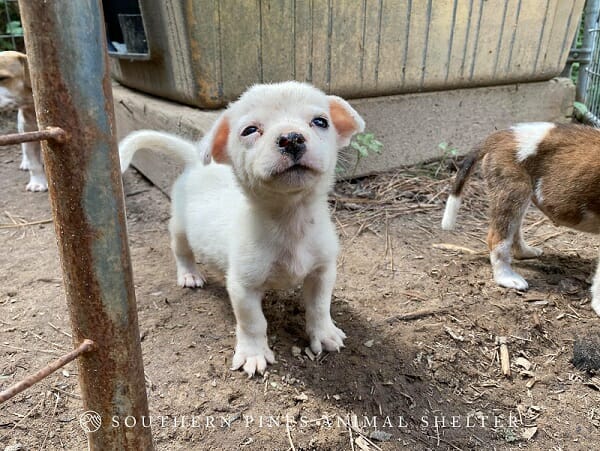 Convicted animal abuser Miranda Kittrell of Jones County, Miss was found guilty of 38 counts of animal cruelty. She was sentenced to 114 months in prison with 108 months suspended, reported WLBT 3.

Kittrell claimed to run an animal rescue, but her pups endured “heartbreaking” conditions, said officers at the scene.

When law enforcement arrived at her property along with the local Southern Pines Animal Shelter, they saw flea-ridden dogs, sick and starving, dehydrated and in desperate need of veterinary care.

Dogs suffered in Medieval metal cages with nothing to drink but dirty rainwater and no air conditioning in the brutal summer heat.

Kittrell was brought to justice in what is likely Mississippi’s first ever sentencing under new animal welfare laws, according to the nonprofit, In Defense of Animals.

The new law, which passed this July, pressed for charges of separate counts of cruelty per animal, plus added fines.

Banned from living with a companion animal for 15 years, Kittrell will pay nearly $4,000, complete almost 400 hours of community service, and undergo a $3,500 psychological evaluation at her own expense.

Without the more expansive law, Kittrell may have only been charged for one count of cruelty with limited fines, despite the numerous animals she hurt.

Kittrell’s sentencing is one positive step toward preventing torture of this kind in the future.