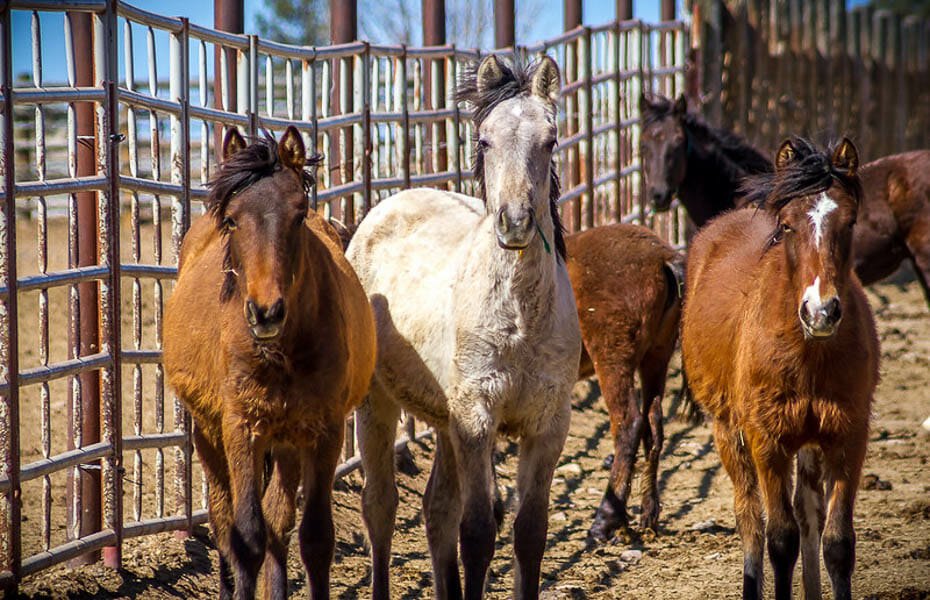 A newly proposed bill would ban the deadly and dangerous use of helicopters to round up and remove wild horses and burros from their range, while also emphasizing the need to fund effective alternatives, including humane fertility control.

In a recent helicopter roundup in the Pancake Complex near Ely, Nev., 26 horses lost their lives –  including a foal separated from his family, who reportedly limped along with a fractured leg for 29 minutes before he was shot to death.

The Pancake Roundup caught the attention – and the ire – of Congressmember Dina Titus (D-Nev.), who has sponsored H.R. 6635, also known as the Wild Horse and Burro Protection Act of 2022.

If passed, the bill would ban the use of helicopter roundups and would order a government study of humane alternatives, including fertility control –  the latter of which, via fertility vaccines, has long been touted by Lady Freethinker and other wild horse advocacy groups as the safest, most humane, and most effective approach to checking wild horse populations.

The bill notes that the use of helicopters to chase wild animals over long distances and rough terrain “is particularly dangerous and can frighten the animals and lead to deadly situations.”

The BLM swears by the method –  in which contracted, low-flying helicopters push panicked herds toward a temporary holding corral, from which the cornered animals are transported most commonly to off-site corrals and holding pens or put up for adoption – as humane and effective.

But at least 245 wild horses died as a result of the roundups in 2021-2022, according to an independent analysis by Lady Freethinker of BLM gather reports from 20 helicopter-assisted gathers.

While the BLM reports cited pre-existing issues –  ranging from blindness and club feet to fractures and missing teeth –  as the reason for most of the culling, at least 33 horses died specifically from acute or roundup-related injuries, including animals who broke their necks, had “unexpected heart failure,” or sustained lacerations.

The new bill also notes that the top 3 helicopter contractors employed by the BLM have collectively been awarded more than $36.8 million of taxpayer dollars – including $5.3 million in 2021 alone.

“Taxpayer funded roundups and removals are not only costly and ineffective management strategy, they endanger the lives of these animals, particularly when helicopters are used,” Titus said in a statement reported by Pahrump Valley Times.

Although years of data backs up vaccines as a humane and effective option, the BLM has allocated less than 1 percent of funding for its Wild Horse and Burro Program to fertility control, according to the bill.

That discrepancy was emphasized by Rep. Steve Cohen (D-Tenn.), a member of the Congressional Animal Protection Caucus, who recently sent a letter to Interior Secretary Deb Haaland and BLM Director Tracy Stone-Manning urging for increased use of fertility controls.

The bill currently is in the House Committee on Natural Resources.

If you haven’t already, please sign our petition urging the end to this dangerous, deadly, and unnecessarily cruel management method.