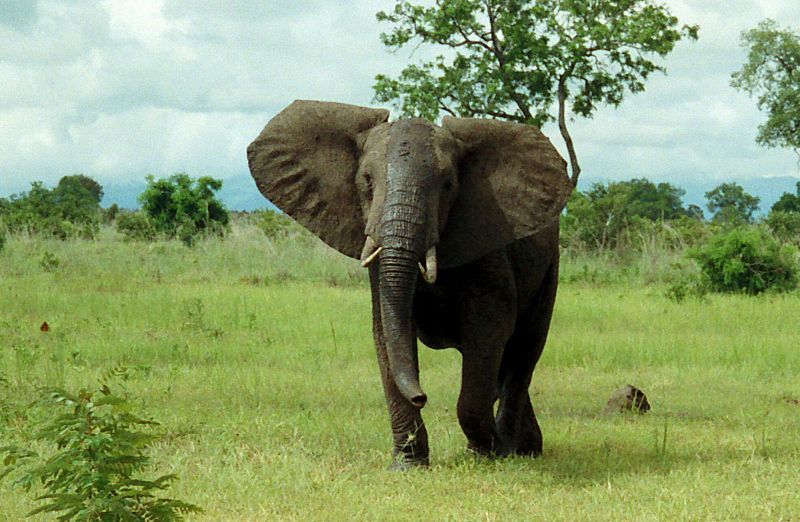 Just a few years ago, the elephants of Chad were in a dangerous spiral towards disappearing. Poaching had ravaged the population. Experts predicted their demise in the country by now. But thanks to a bold push to save the elephants and other endangered wildlife, the spiral reversed. The elephants are making a comeback.

Zakouma National Park is home to the elephants, who now make up the largest herd in Africa. Visitors to the park may also see giraffes, hoary buffalo, storks, leopards, and other wildlife that have benefited from the efforts to stop poaching and expand the park.

Civil unrest costs lives and disrupts the humans involved, but it also takes a toll on wildlife. Rebel factions fought to overthrow the Chadian government for years between 2005 and 2010. During this time poachers took advantage of the crisis to massacre elephants residing in the national park. From 4,000 individuals in 2002, only 400 remained in 2010. Poachers even murdered park rangers who got in the way of their ivory.

With 90% of the population lost, many predicted the end of the species in Chad. But thanks to a push from the government and the nonprofit group African Parks, the tide turned. Improving communication technology, getting rid of corrupt staff, and arming park rangers started to make a difference.

In 2016, 70 calves were born. Their numbers are up past 500 now and expected to reach 1,000 by 2024. African Parks recently took control of land adjoining the park. Space for the elephants and other wildlife will more than double.

Though income from tourism is key to keeping the park running, officials also recognize the importance of involving the local community. Stays at the park and education about the animals is free to all Chadians. During the dry season, locals are bussed in to learn about the amazing animals that share their country. In this way, future poaching may be stopped before it begins.