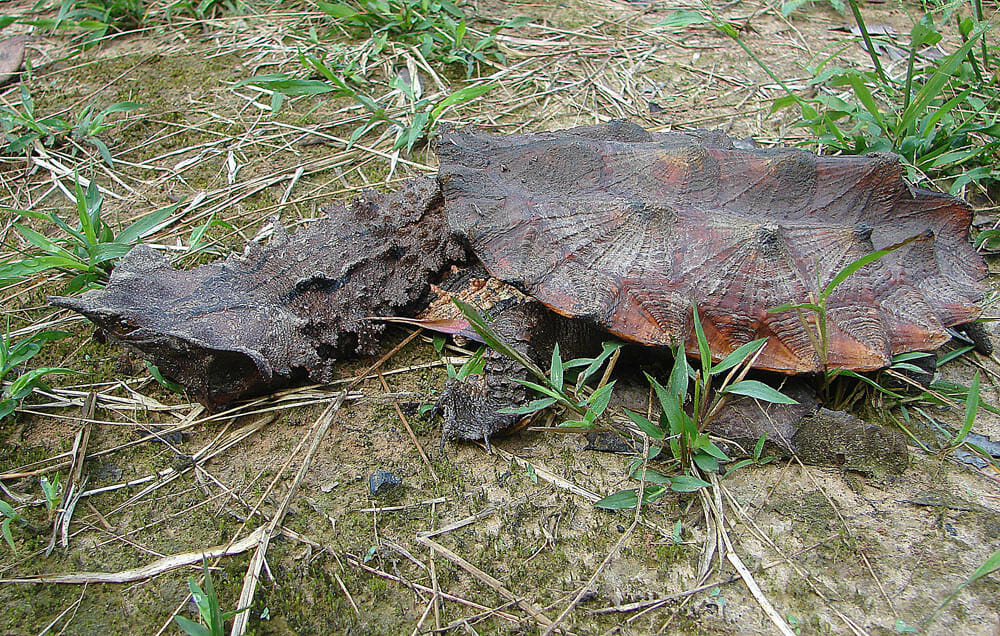 Almost 2,000 turtles, reptiles, and amphibians seized from wildlife trafficking have returned to their native lagoons and forests in Colombia’s Meta province after a massive rescue and rehabilitation effort, officials said.

Matamata turtles, a freshwater species found in South America who fetch a hefty price in the exotic pet trade, made up a majority of the rescued animals and were seized from a cargo terminal of Bogotá’s El Dorado airport.

The turtles are popular with zoos and wildlife collectors for their eye-catching appearance, characterized by an impressive, ridged shell with serrated edges. The U.S. Geological Survey describes the turtles as “bizarre and unmistakable.”

Additional anti-trafficking efforts turned up other turtle species, iguanas, a snake, frogs, and toads. Genetic testing revealed the animals were originally from Meta , a province in central Colombia where the Andean mountains, the Amazon Forest, and the eastern plains meet.

Colombia is one of the world’s “megadiverse” countries, home to almost 10% of the world’s biodiversity including varying species of birds, orchids, plants, butterflies, freshwater fishes, and amphibians.

Lady Freethinker applauds the efforts of wildlife traffickers and authorities to return these incredible animals to their natural habitats, where they belong.