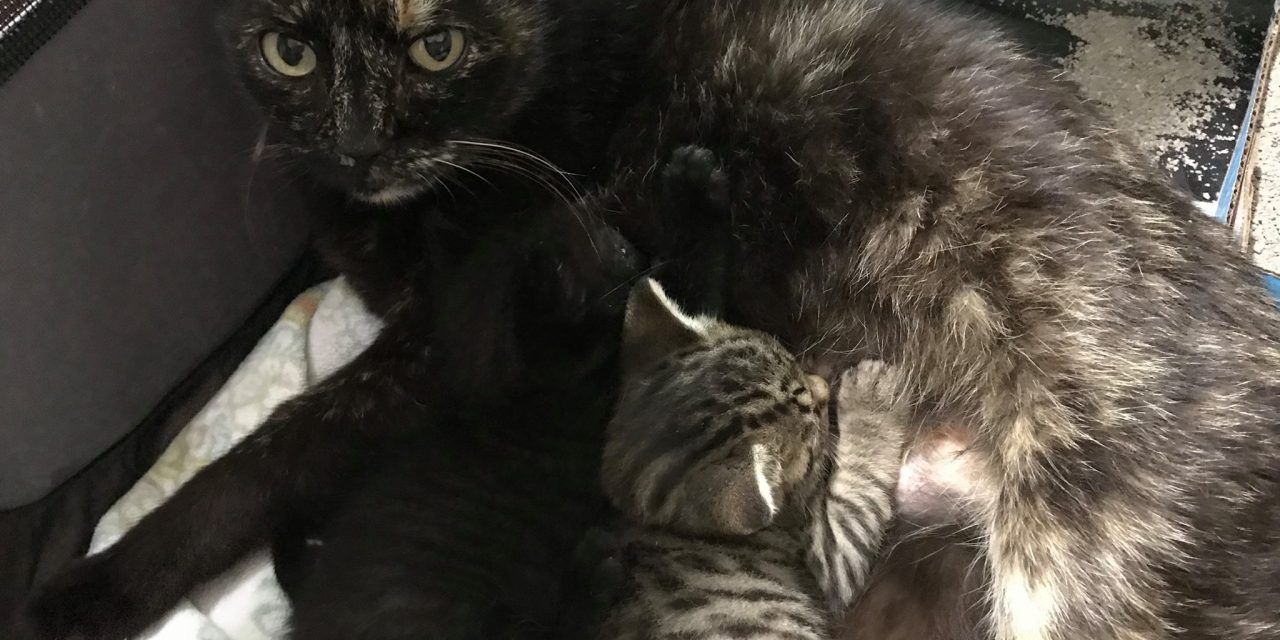 Alley Cat Rescue helped saved the lives of two tiny kittens and their terrified mother last month after a passerby reported that children were throwing rocks at the petrified animals.

Upon witnessing the distressing scene, the concerned supporter retrieved two kittens  — unfortunately, two other kittens had reportedly already died, and the mother had fled in terror.

The cat rescue organization immediately took in the two surviving kittens, returning to the scene the following day to search for the queen. June Bug, as she was later named, was spotted hiding under a nearby parked car, and the team humanely trapped her and reunited her with her two babies.

Although traumatized by the experience, June Bug, Star and Boo were uninjured and remain in foster care, in preparation for adoption.

Cruelty to animals perpetrated by children can be a symptom of other behavioral issues, and may also indicate a predisposition for further criminal activity later in life.

“It saddens me that children can be so cruel to injure young, helpless kittens,” says Louise Holton, President and Founder of Alley Cat Rescue. “Animals are sentient beings and deserve our compassion and care. Cruelty towards animals can be a precursor to cruelty to humans. Parents should be made aware of this.”

Alley Cat Rescue are advocates for humane education and have taught various classes at elementary schools and Girl Scout groups, teaching children to be more kind and empathetic towards animals.

“When we have taught at local schools the children have been really engaged and interested in learning more about cats,” said Director of Operations Denise Hilton. “It is so important to teach children compassion for animals at a young age, while they are so impressionable.”