Home » Animals » More Than 300 Dogs and Cats to be Flown Out of Crowded Texas Shelters in Massive Rescue EffortBy Heidi Yanulis | July 19, 2021 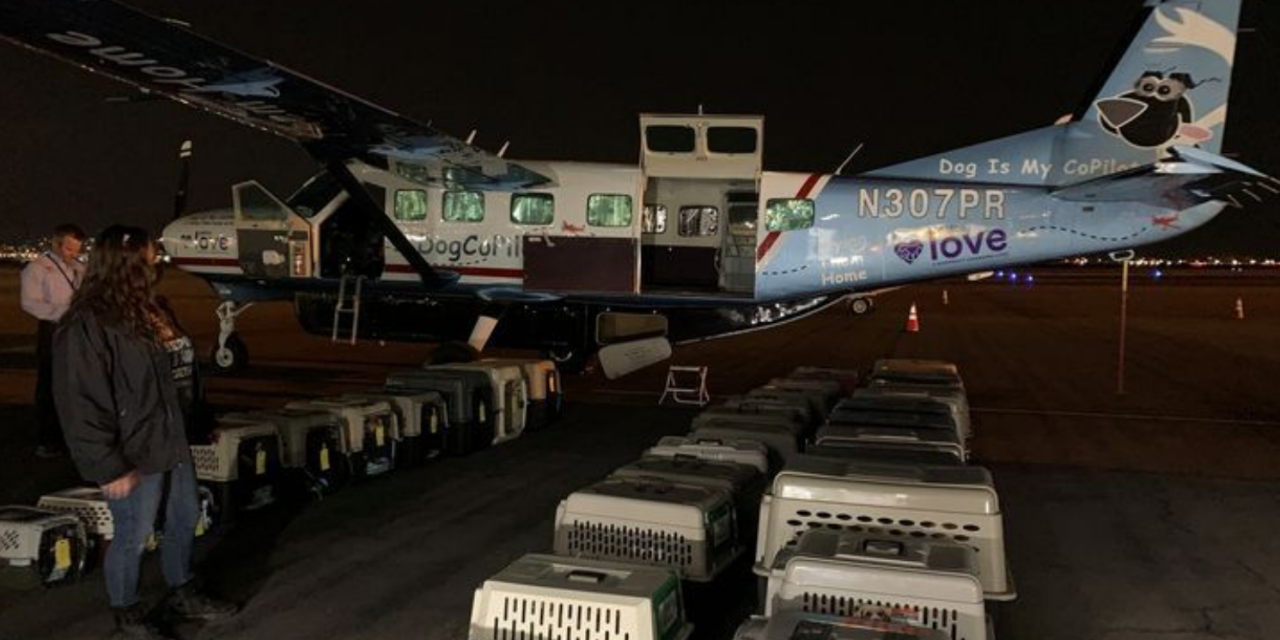 More than 300 kittens, puppies, cats, and dogs soon will receive tickets from El Paso, Texas, to adoption centers nationwide in an unprecedented effort to ease record overcrowding at one of the city’s largest no-kill animal shelter.

Each year, EPAS receives higher numbers of animals to shelter during Texas’ dangerously hot summer months. This year’s influx to 700 animals far exceeded capacity at the shelter, which is designed to house up to 400 animals.

Meanwhile, many other U.S. shelters were experiencing a shortage of companion animals, due to adoption fever brought on by the COVID-19 pandemic.  Shelter Animals Count, which tracks nearly 500 rescue organizations across the country, recorded 26,000 more pet adoptions in 2020 than in the year before — a rise of about 15 percent.

The combination of factors and a spirit of collaboration presented a perfect opportunity for the overcrowded EPAS shelter to start finding loving forever homes for their adoptable animals elsewhere.

The shelter team reached out to rescue and adoption organizations nationwide to identify those they believed would have the greatest success placing the animals in loving new homes. The team then worked with each organization to identify the types of animals they could place —  saving many special needs, senior, and other at-risk animals.

Preparing the animals for their flights can take weeks. EPAS’ medical staff spay and neuter, test for heartworm, complete vaccinations, and microchip all of the animals prior to their departures. Volunteers foster the animals to give them comfy homes rather than kennels to wait in, EPAS said.

Once cleared for take-off, EPAS coordinates final flight logistics with Dog Is My Copilot, a nonprofit that specializes in transporting at-risk animals from overcrowded shelters to adoption centers in other geographic regions.