Migratory Monarchs Listed as ‘Endangered’ — And How You Can Help 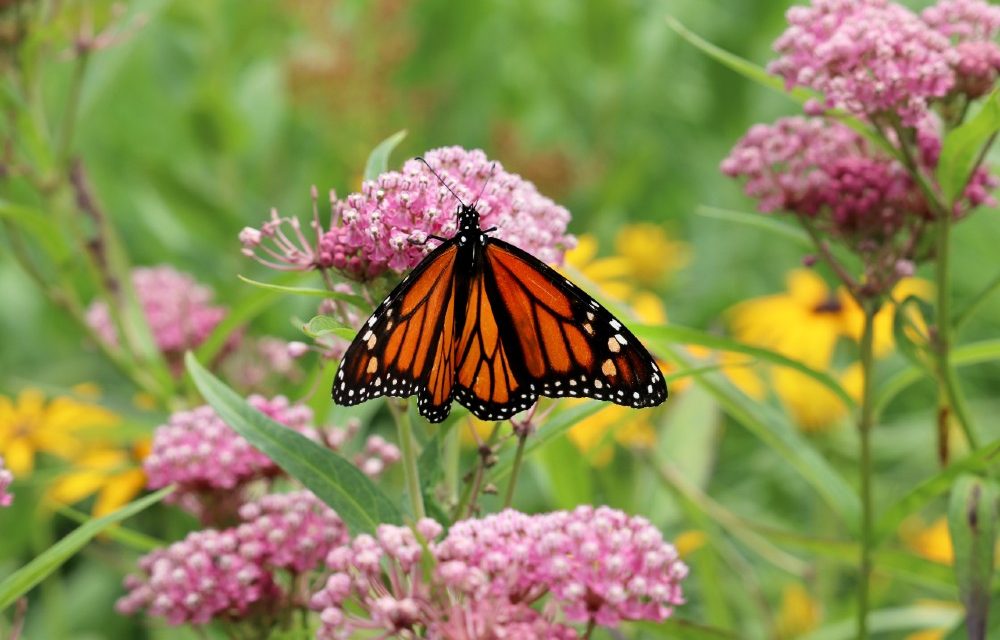 The iconic migratory monarch (Danaus plexippus plexippus) is now two steps away from extinction, with a first-ever listing as an “Endangered” species on the International Union for the Conservation of Nature (IUCN)’s Red List.

North American monarchs make the longest migration of any insect species, traveling thousands of miles from wintering in Mexico and California to spending their summers in Canada and the northern United States.

The IUCN noted that an ever evolving cadre of threats – including climate change, pesticide use, urbanization, illegal logging, and habitat loss to make room for agriculture operations – has devastated the butterflies’ populations, with a western population down 99.9 percent and an eastern population shrunk by 84 percent since the 1980s.

“It is tragic to see one of the world’s most well-known butterfly species, with remarkable migratory behaviors and local cultural significance, threatened with extinction,” said Sophie Ledger, a member of the IUCN SSC Butterfly and Moth Specialist Group.

The butterflies’ survival depends on milkweed, which provides a landing place for their eggs and food for their larvae and adults.

That important plant also is becoming less widespread – eradicated in some areas as a “noxious weed,” cleared out to make room for agriculture operations, or otherwise destroyed by chemical pesticides and herbicides.

Climate change – with corresponding increases in wildfires, temperature extremes that can trigger early migrations before mature milkweed is available, and excessive rains – also has killed millions of butterflies, with “cold and wet” a particularly deadly combination, according to the IUCN and the National Park Service.

Not only are monarchs beautiful, but they also contribute to a healthy planet. They pollinate wildflowers and also serve as a food source for birds, small animals, and other animals.

“Today’s Red List update highlights the fragility of Nature’s wonders, such as the unique spectacle of monarch butterflies migrating across thousands of kilometers,” Oberle said in a statement.

Thankfully, people can easily take compassionate action to help save this imperiled species.