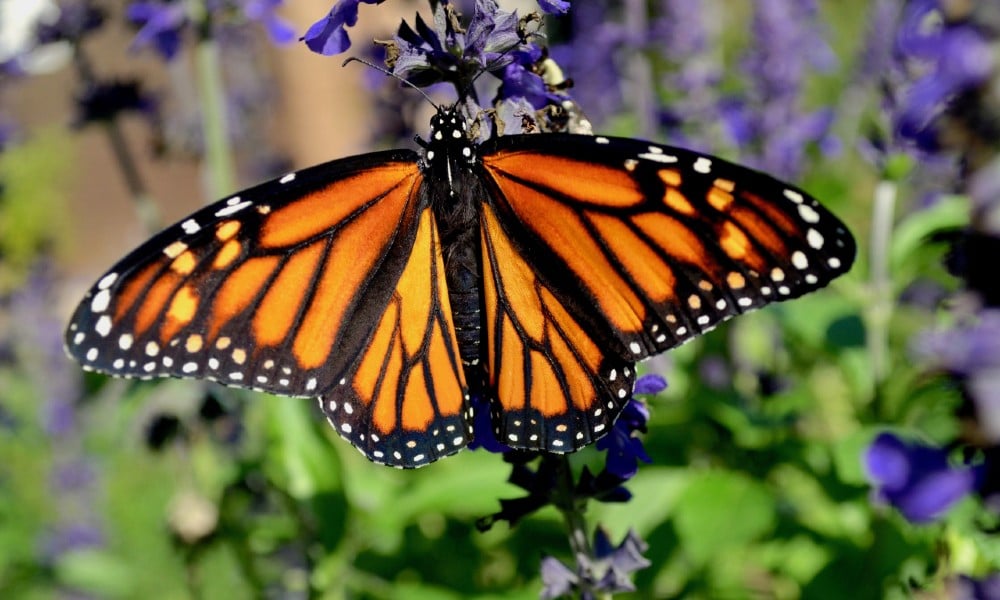 UPDATE (9/13/2022): An FWS spokesperson told Lady Freethinker that the Service is aware of the IUCN designation, but that development does not automatically warrant an ESA listing and that “monarchs remain warranted but precluded by listing actions of higher priority.”  Public Affairs Specialist Melissa Clark said, “The monarch is a candidate for listing at this time and has been added to our national listing workplan, which prioritizes listing actions based on degree and immediacy of threats. If listing is still warranted at that time, the Service intends to propose listing the monarch in Fiscal Year 2024.”  We’ll keep watching this case, and we hope that 2024 won’t be too late for these iconic animals. —Lady Freethinker Staff

Migratory monarchs – the iconic black-and-orange butterflies who fly thousands of miles each year – now are two steps away from extinction, according to news reports.

The beautiful butterflies’ populations have decreased between 22 percent and 72 percent over the last decade, with conservationists worried they’ll soon be gone forever, the hapless victims of climate change, habitat loss and ever-expanding urbanization and agriculture operations.

A population of migratory monarchs west of the Rocky Mountains, once numbering 10 million in the 1980s, is now down to an estimated 1,914 butterflies — a precipitous 99.9 percent plunge. There’s also a shrinking kaleidoscope in the east, whose numbers have been devastated by an estimated 84 percent.

The International Union of Conservation of Nature (IUCN), recognizing the peril facing the important pollinators, has upped their conservation status to “Endangered” for the first time ever on the organization’s “Red List.”

The U.S. Fish and Wildlife Service (FWS), which lists species under the Endangered Species Act (ESA), needs to do the same – before we lose monarchs forever.

Sign our petition urging the FWS to expeditiously review the status of migratory monarchs (Danaus plexippus plexippus) and then afford them federal protections under the ESA.

Then, make sure to read our full story about the monarchs’ plight and how you can help.