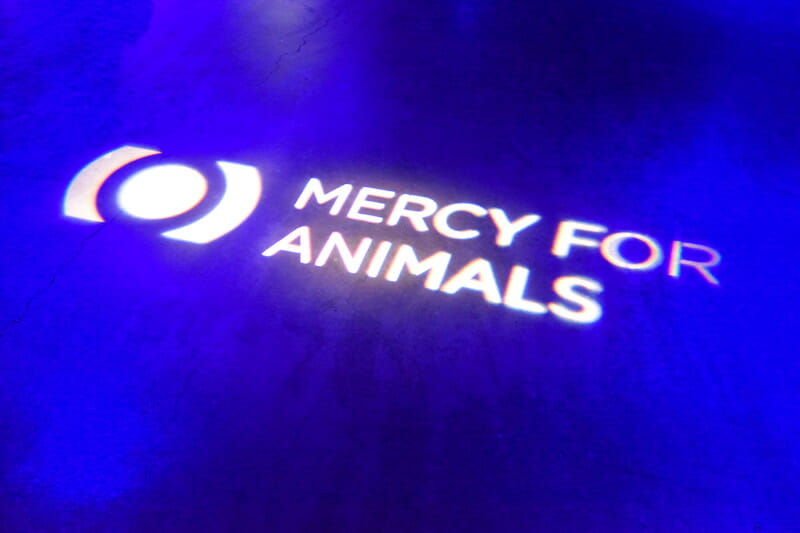 Can you believe it’s been two decades? On Saturday, Mercy for Animals held a gala commemorating 20 years of working to protect the rights of farmed animals and offering a beaming ray of hope for the future. 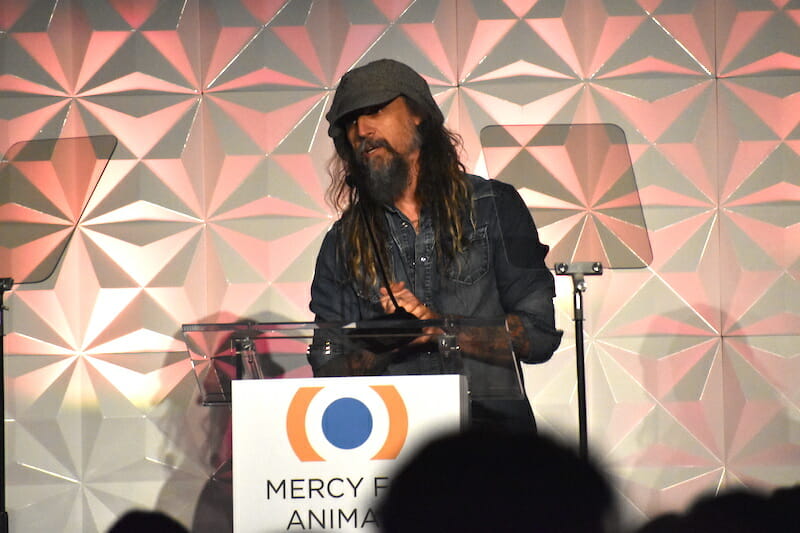 After guests enjoyed dinner of a scrumptiously prepared Beyond Meat patty, host Kat Graham of The Vampire Diaries took the stage to start the program, which included the Hope Award for Kat Von D, the Global Impact Award for Marco Borges, New York Times bestselling author of The Greenprint, and the Hidden Hero Award for Lindsay Oliver, a heroic former investigator and current vice president of investigations for MFA. 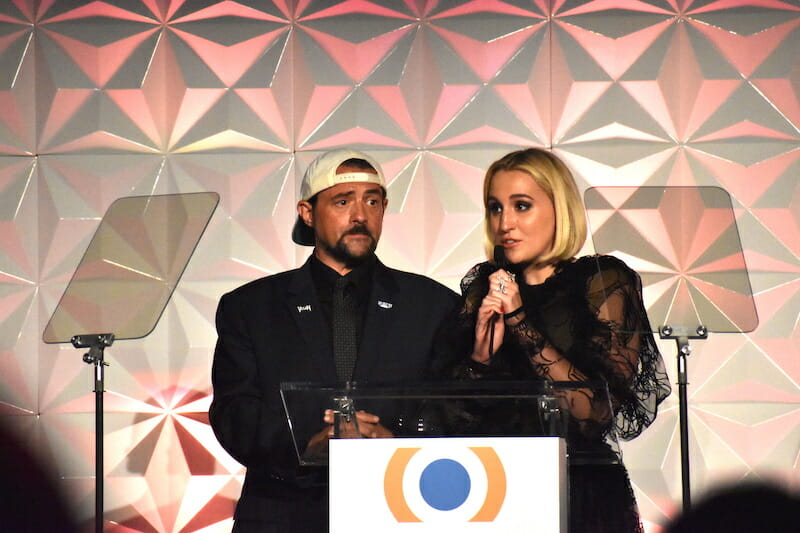 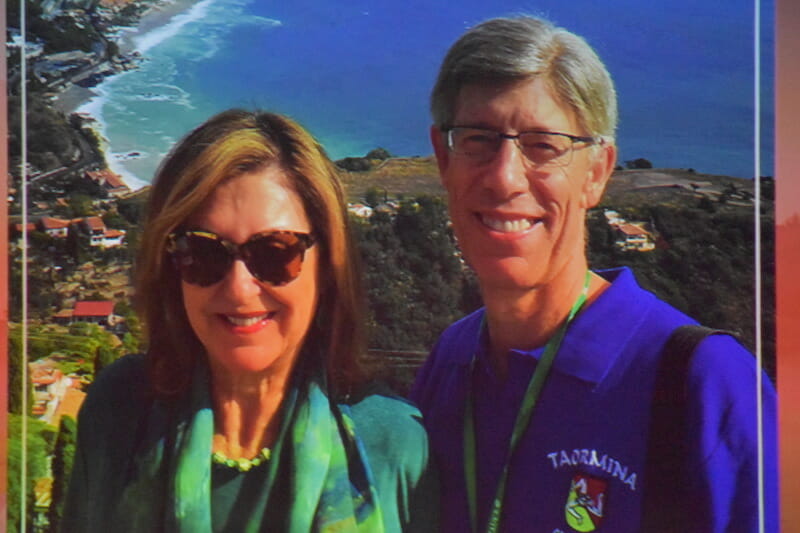 Few could hold back their tears for the final award presentation — the Legacy Award, given to the late Rena Roseman and accepted by her husband Elliot, whose eloquent and heartfelt speech about Rena’s compassionate spirit and adoration for animals left the audience deeply moved.

American Idol star Catie Turner then wowed the crowd with a beautiful song.

And MFA founder Milo Runkle delivered an inspiring talk on the history of the organization he created, which has truly changed the way the world views farmed animals. 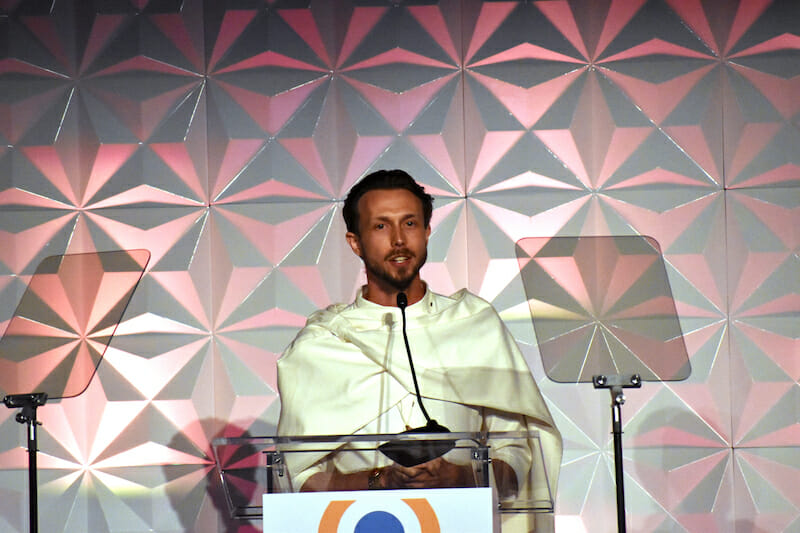 And finally, MFA President Leah Garces filled the crowd with hope as she shared her vision of a future where animal suffering in the food industry is a thing of the past. 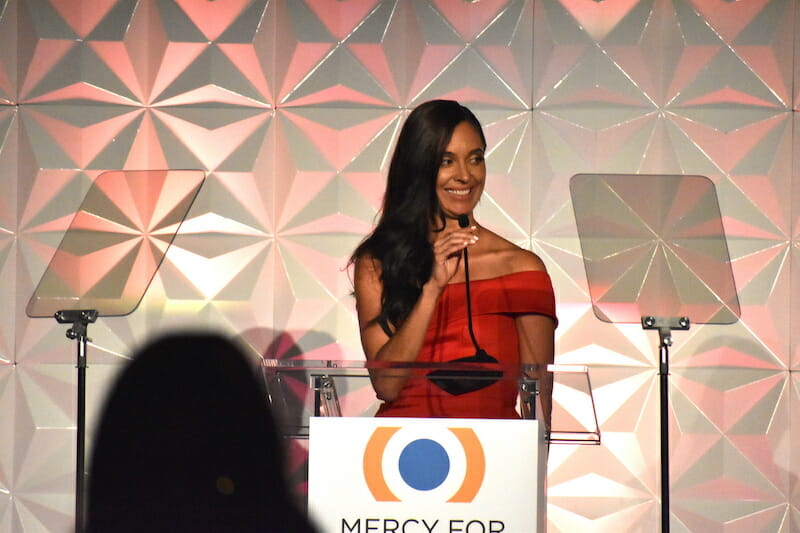 The gala raised an astonishing $2.1 million — a new record for the event.

Congratulations, Mercy for Animals. Here’s to the next 20 years! 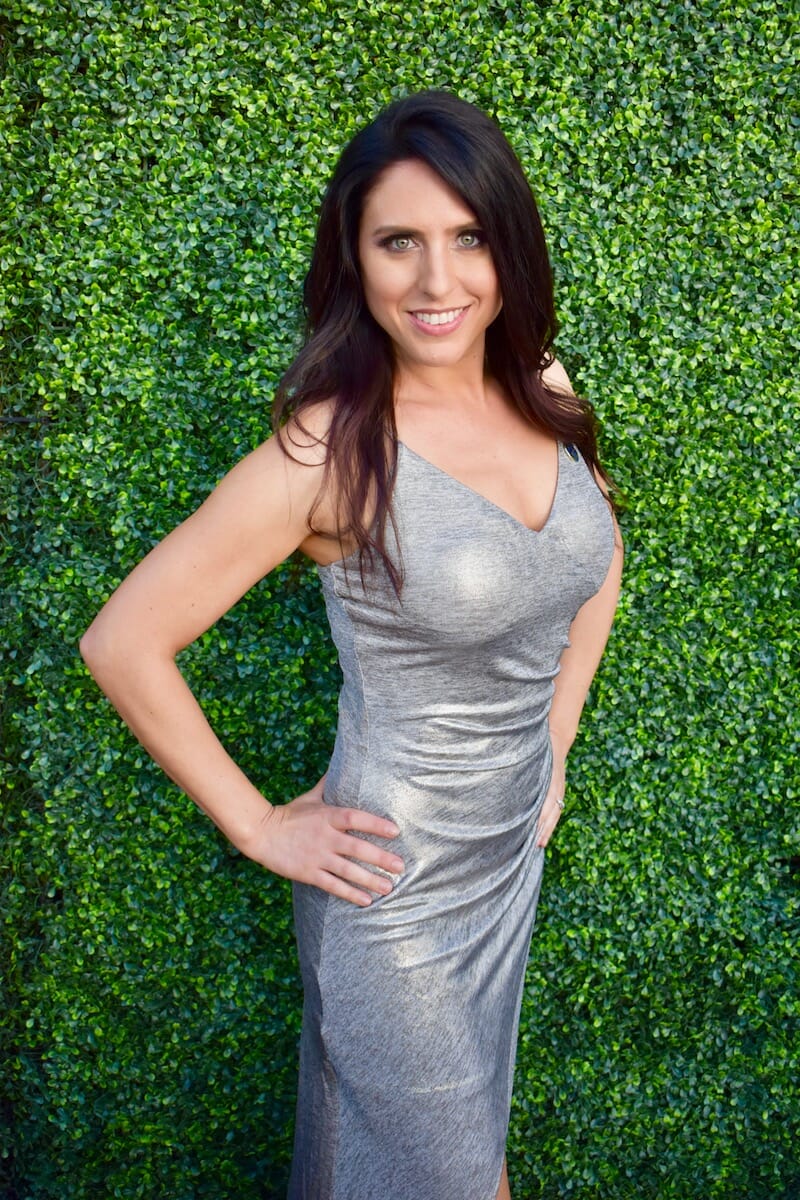 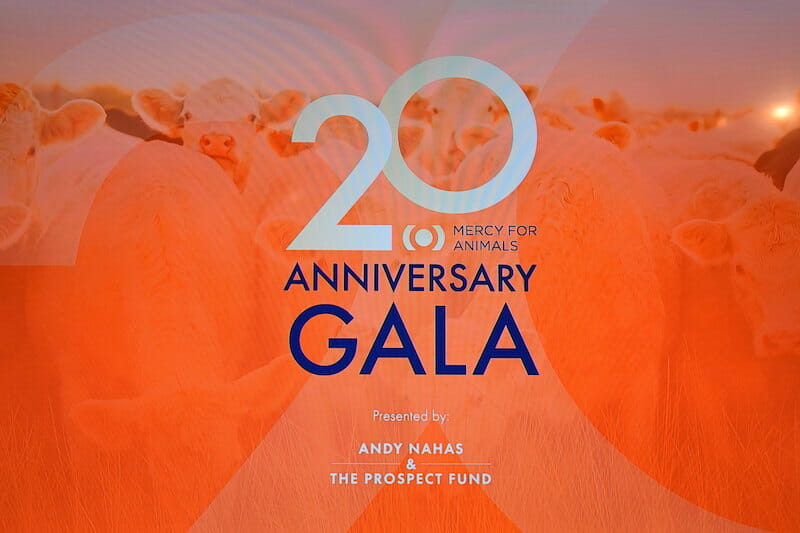 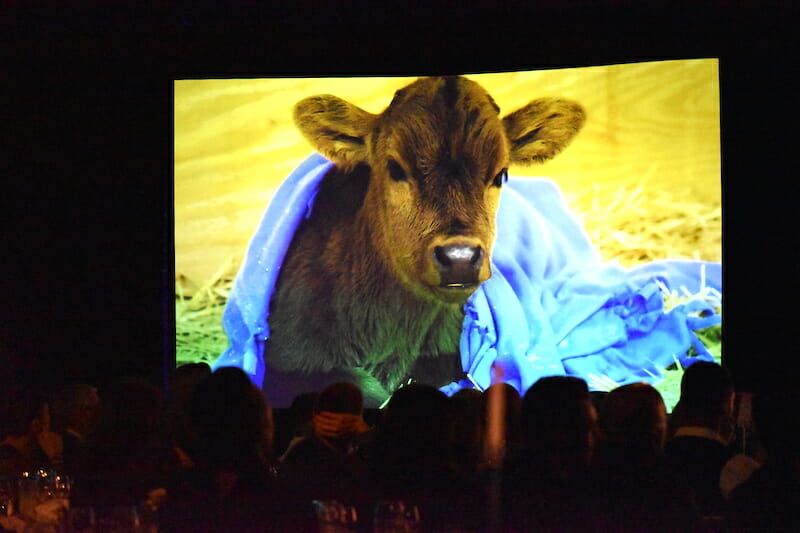 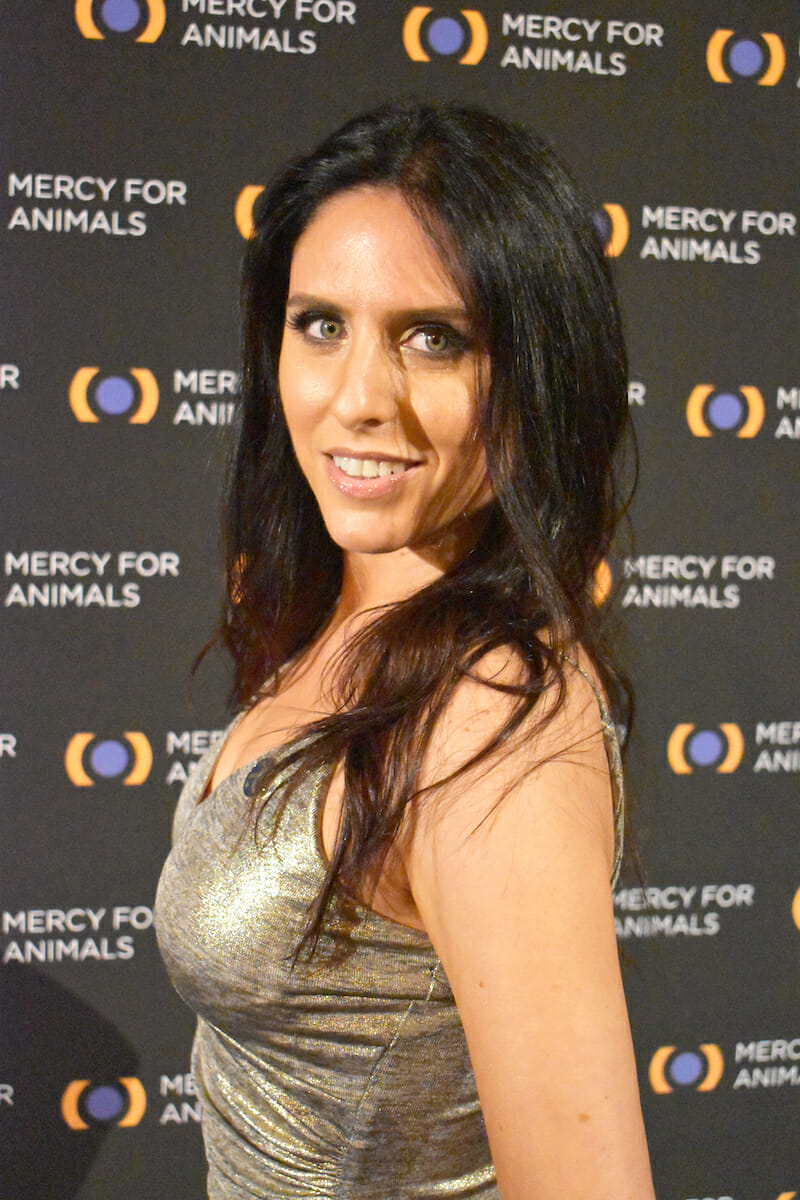 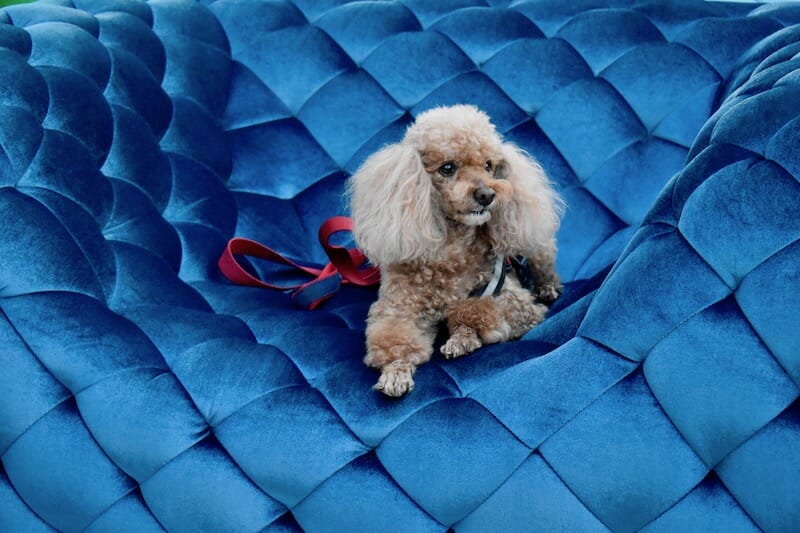 The most glamorous guest of all