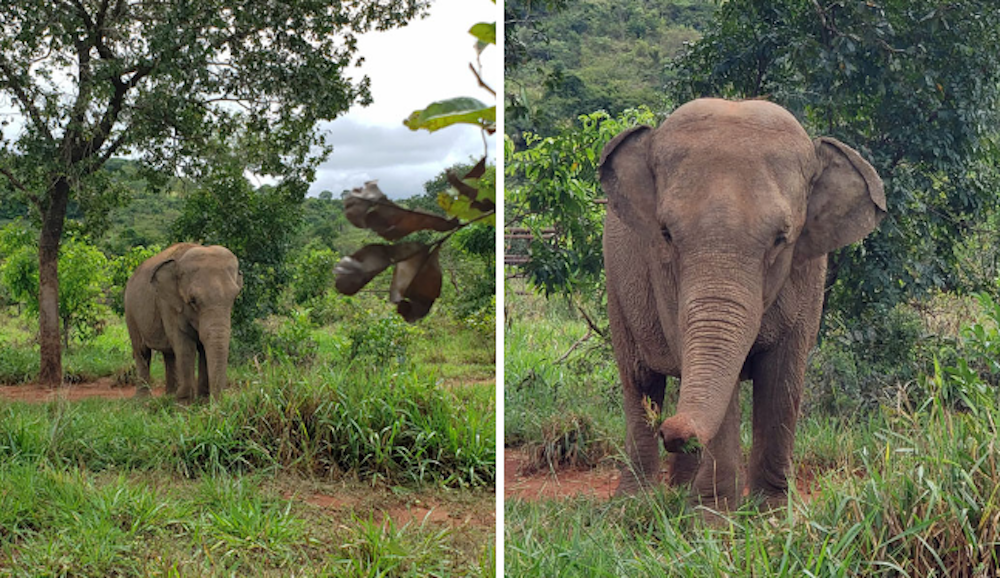 Mara, a beautiful elephant who suffered for years as a “tourist attraction” in circuses and zoos, is finally free and will start her new life at a Brazilian animal sanctuary.

Until recently, the 50-something Indian elephant spent her life in captivity. First she performed at a circus and later at the Buenos Aires City Zoo in Argentina. The zoo shut down due to animal cruelty accusations in 2016, becoming an “eco-park,” but officials recently decided to move Mara to a more suitable environment at Elephant Sanctuary Brazil in Mato Grosso.

Safely stowed in a massive crate and loaded onto a truck by a crane, Mara travelled nearly 2,000 miles to her new home.

“We are grateful to everyone who has helped to make this happen,” the sanctuary said, “especially the EcoParque Buenos Aires, our supporters and the officials in both Brazil and Argentina who have made an international elephant transport possible during this pandemic.”

Mara is now able to roam around the sanctuary’s 2,800 acres of trees, grass and mud wallows, scratching against trees and enjoying the company of other rescued elephants.

“Mara … is incredibly tactile and touches everything,” the sanctuary continued. “Even when she collects grass, she passes over it with her trunk a few times first. She’s lovely. It’s apparent that she is insecure about many things, but we expect that to change as she discovers the new world around her and builds confidence with each new exploration and choice.”