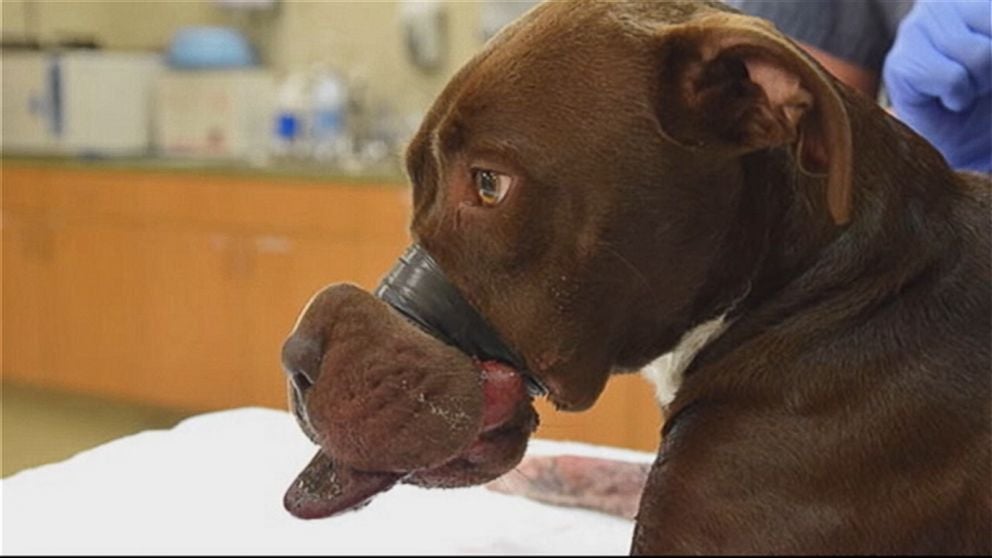 Justice has been served to the man in Charleston, South Carolina who taped his dog’s mouth shut with electrical tape in 2015. 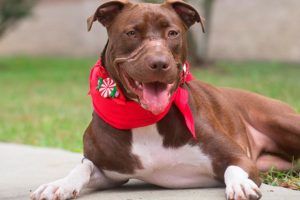 The man, William Leonard Dodson, 42, claimed the dog had been barking too much and subsequently wrapped tape nine times around her muzzle. It was wrapped so tightly that her tongue stuck out and she was unable to eat or drink. Dodson was sentenced to five years in prison for felony animal abuse. And he has recently been denied parole.

The dog, a 2-year-old Staffordshire mix renamed Caitlyn, suffered greatly beyond the inability to open her mouth while it was bound shut; she ended up losing part of her tongue, suffered damage to her cheeks, and had to undergo multiple surgeries. She still suffers anxiety and stress from the trauma.

Police found Caitlyn two years ago, roaming the streets after breaking free from a chain outside Dodson’s home with her mouth taped shut. After finding more electrical tape near a crate at his house, officials were able to begin the prosecution against Dodson.

Caitlyn’s story went viral when the Charleston Animal Society, who were present at the hearing, encouraged their Facebook followers, numbering over 250,000, to comment their opinions to the court deciding Dodson’s sentence. The people did not hesitate to voice their thoughts, crashing court’s website.

Since the incident, Caitlyn has become the symbol of stopping animal abuse in the state. The Charleston Animal Society recently published a book entitled Caitlyn — America’s Dog, which tells her incredible story. All proceeds go toward ending animal abuse and helping those who have suffered from it.

While animal cruelty laws are still in need of improvement in South Carolina, Caitlyn’s story represents a victory for animals throughout the state. Dodson was taken off the streets, and more efforts are underway to ensure horrible incidents like this come to a halt.

Caitlyn is still in the process of healing, but now in her foster home, she is free to eat, drink, and bark as much as she pleases.