This Man Has Saved an Entire Village of Cats

Home » Animals » This Man Has Saved an Entire Village of CatsBy Lady Freethinker | May 21, 2017 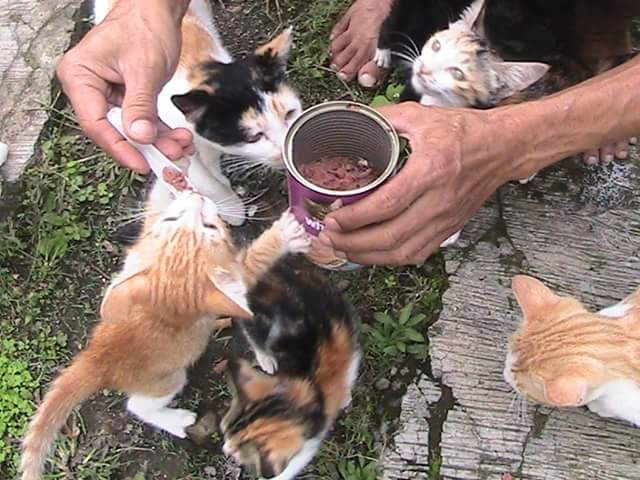 He calls his supporters his ‘angels.’ 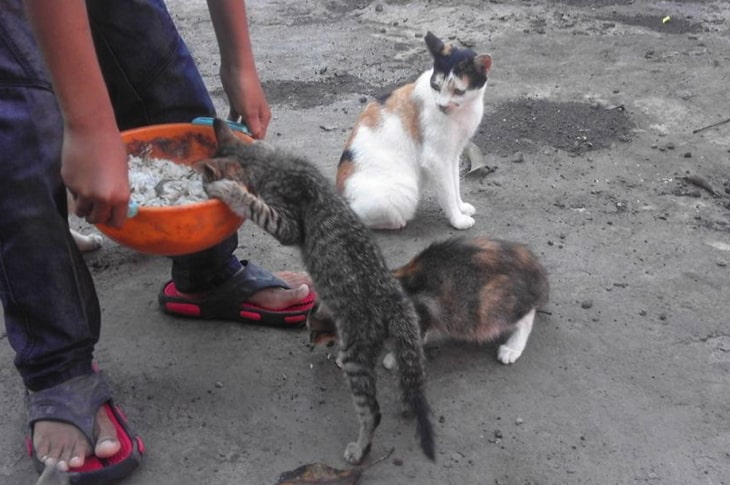 In the beginning, Uli Sharbinie, a cat-lover living in Indonesia, was faced with the hard truth: rescuing all of the cats in his village was an impossible task. As the number of stray cats grew because they reproduced rapidly, causing his neighbors to deem them a nuisance and kill them in scores, Uli felt helpless but continued to feed them here and there, sometimes giving them natural remedies if they were sick.

It wasn’t until Kristen Connelly, a woman in Oxnard, CA, came across Uli’s Facebook page in 2014 and saw his interest in helping his neighborhood cats that something truly amazing happened.

“He has such an amazing interest in cats,” Connelly told The Dodo. “And I thought, I really need to know this person.” 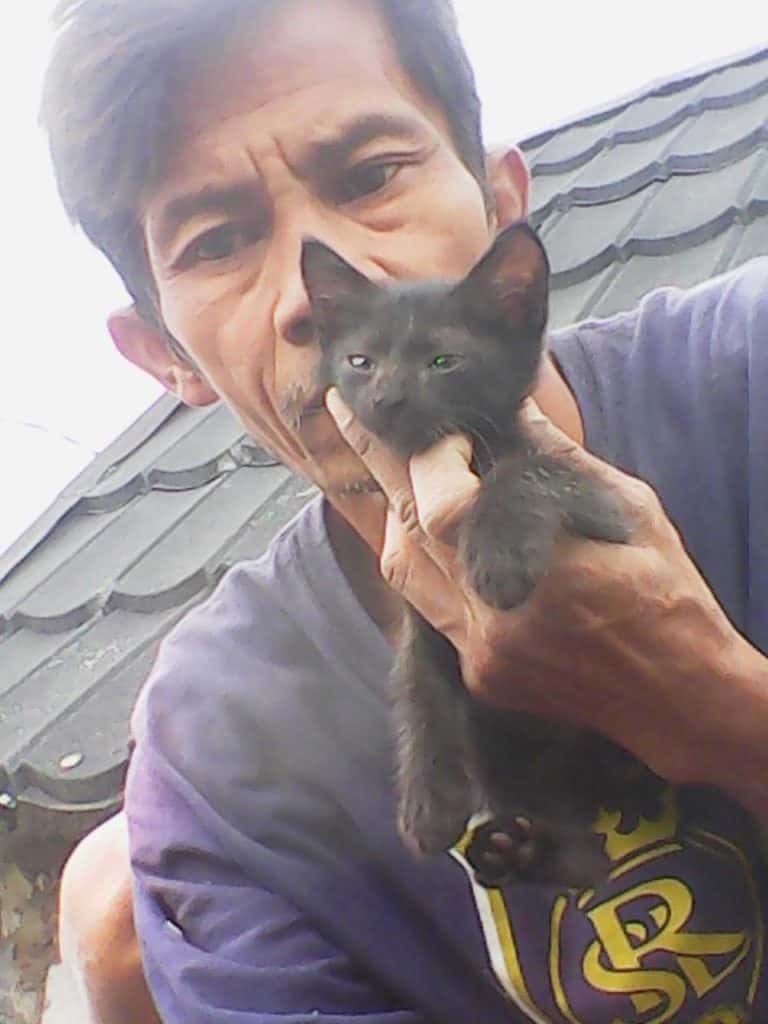 She sent him a friend request and followed up with a message to see if there was anything she could do to help. Faced with the question, perhaps for the first time because he lived in an area where the people loathed cats, Uli decided that it wouldn’t hurt to commission a bit of financial help for ‘his’ cats. Connelly gathered together a small group of women — Daniela Langer, Trish Delahaye and Cher Callaway — and the four set up a GoFundMe campaign to raise money for Uli’s cat goals. Uli now calls these women, and the countless people that have donated to the campaign, his angels. 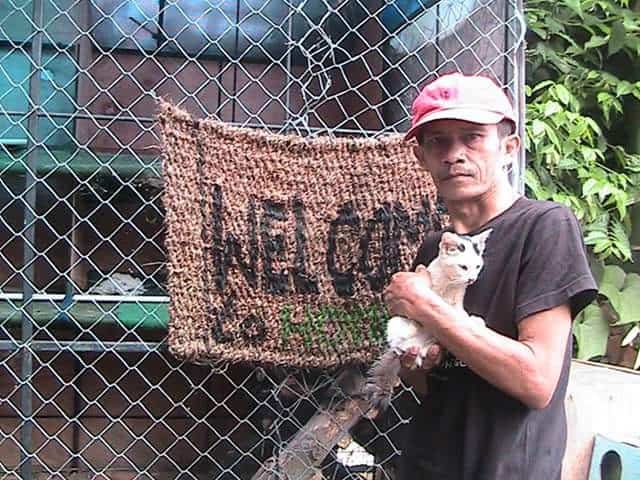 The main goal, first and foremost, was to feed the kitties daily and provide constant sustenance for them. Beyond that, what he truly hoped to do with the extra money was to spay and neuter as many cats as possible in order to stem the exponentially-growing population of strays. Instead of just feeding them, which is helpful in the short-term, he wanted to leave a lasting impact on the cat community by fixing them, providing medical attention to those in need and, ultimately, building a cat sanctuary. Little did he know, with the help of his angels, he would be able to accomplish all of these goals and more.

“When he started realizing we were helping him — that he didn’t have to turn them away any more or just drop off a piece of fish and some rice in one of the local markets — we encouraged him to bring them home,” Connelly explained. 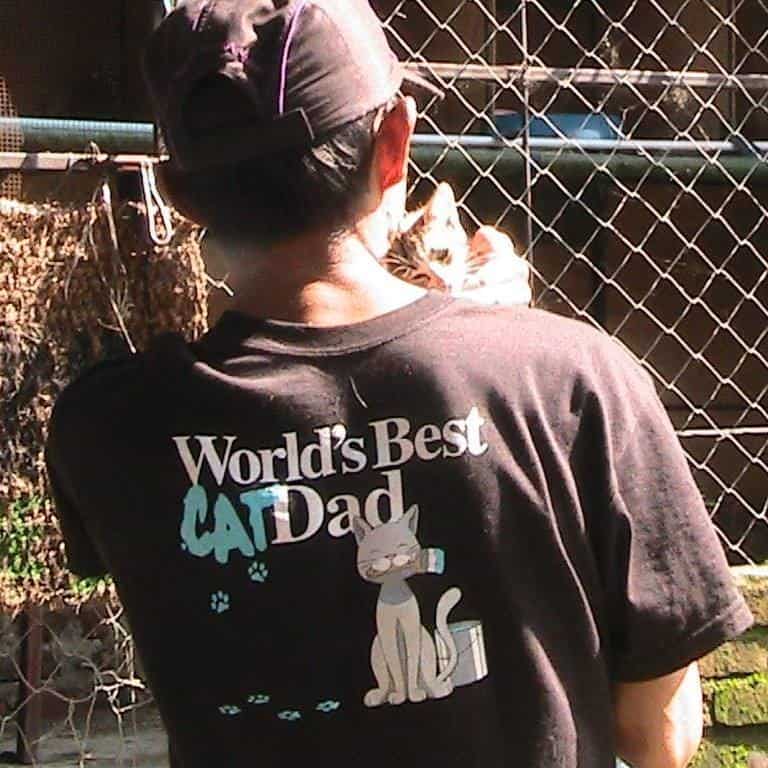 Uli had built a school for his village in the past, so with the right amount of money he was able to find the necessary materials to start building his cat sanctuary. Though it started off small, Uli was soon housing dozens of cats at a time, including some that sought him out.

“Strays will come to him,” Connelly said. “And a lot of them just come for medicine or food or a place to sleep and seek shelter for a while.”

Word about what Uli was doing spread not only through the cat community but also to his human neighbors as well. Those that used to kill the cats, dump them, or shoo them away began bringing them to Uli so that he could help them. He even has volunteers that help Uli care for the many cats in his sanctuary, which is currently being remodeled to fit even more cats.

“He’s not paying them any money,” Connelly said of the volunteers. “They’re just there helping because they’ve now become cat people also.” 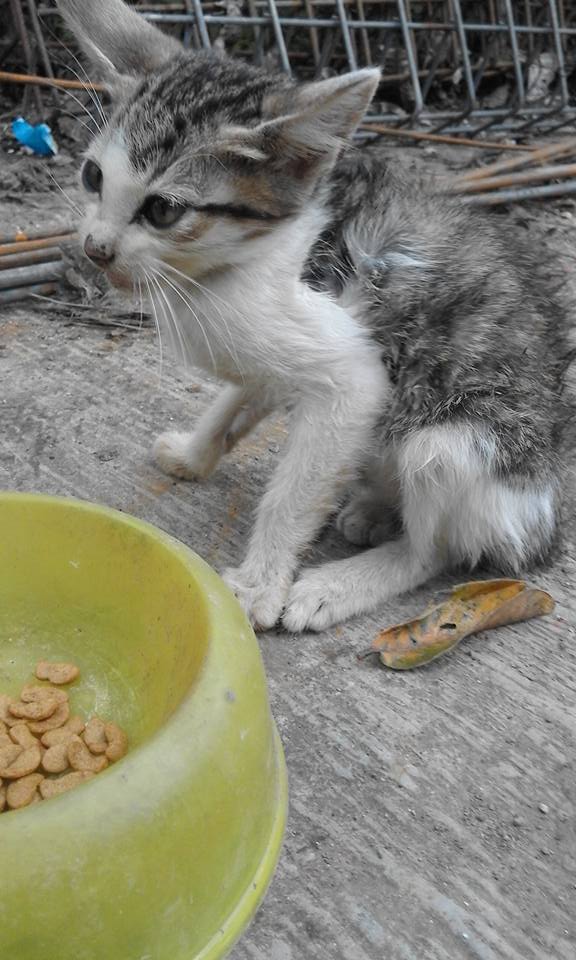 Thanks to Uli, there’s a new generation of cat lovers and children that can take over in caring for the cats once he is no longer able to do it. Uli hoped to provide for these cats long-term, but he had no idea that he would succeed beyond his wildest imagination.

Uli’s supporters come from all over the world, whether it’s the U.S., U.K., or Germany, and it all started because one person decided to share his love for cats on Facebook and a stranger from across the world decided to reach out. If you would like to donate to this amazing cause, you can do so here.