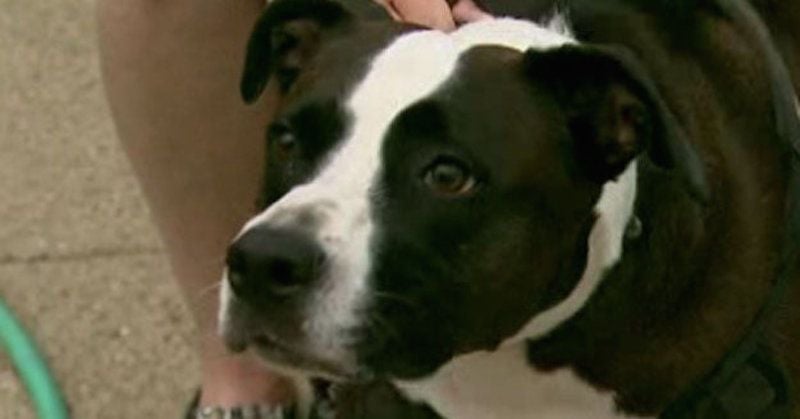 Just a few days before the 4th of July this year, Illinois barber Rafat Shejaeya blew his hand off in a fireworks accident.

“I remember looking at my hand and there was no hand there.  No fingers, no nothing,” said Shejaeya.

Shejaeya’s neighbors heard the explosion, as well as his horrified reaction.

“It was the most terrifying scream, and you know when you hear something like that, something bad happened,” said neighbor Cheri Steigert.

Paramedics rushed to the scene, and scrambled to find the victim’s hand so they could re-attach it. They managed to find two fingers, but nothing more — until the neighbor’s dog joined in the search.

“Three hours later, I let my dog out in the yard and she comes back trotting with something in her mouth,” said Steigart.  “I actually realized before picking it up it was part of the man’s hand.  It had flown from across the street into our yard.”

The hand had ended up 250 feet away from the alley where Shejaeya lit the firework.

Shejaeya’s hand has been reattached, but he may never fully regain use of it — which unfortunately may mean giving up his career as a barber. However, things could have ended up worse, and Shejaeya is fortunate his neighbor was home. As a nurse, Steigert works nights and typically would have been at work. This was the first 4th of July she’d had off in three years, she says.

Every Independence Day, people are injured — or even killed — by fully preventable accidents with fireworks. Please, just leave the pyrotechnics to the professionals.