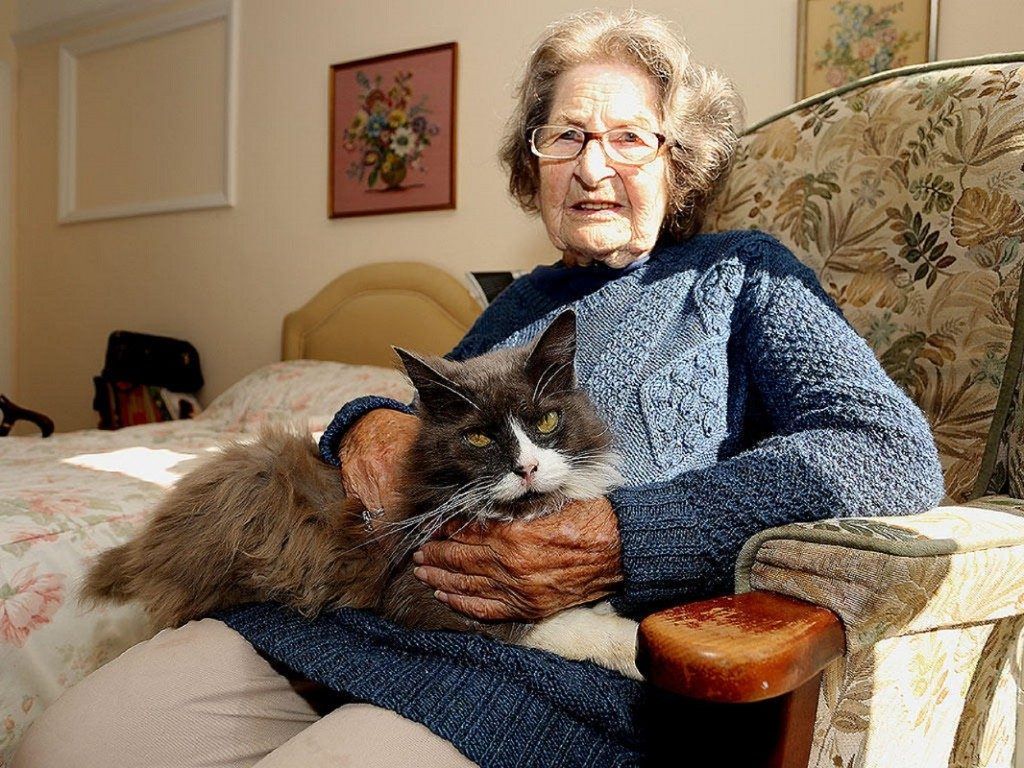 Cleo, a loveable gray and white stray cat, found everlasting love when she was adopted by Nancy Cowen in England.  And Nancy’s decision to share her home and heart with Cleo would never be forgotten by this extremely loyal kitty.  The two spent the next eight years bonding, enjoying each other’s company and making memories together.  So when the time came for Nancy to relocate to a nursing home, there were some tough decisions to be made.  Ultimately, the family made arrangements for Cleo to be cared for by the neighbors.  But it seems that Cleo had other ideas…

Dorking Advertiser reported that two weeks after Nancy moved into Bramley House (a residential rest home in Dorking, Surrey, UK about 27 miles from London), Cleo appeared on the home’s doorstep.  She was seen peeking in windows and was known to stay close to the building.  The staff had no way of knowing who she belonged to, but adored and fed her all the same as their neighborhood stray.
A few more weeks passed, and one day Nancy caught sight of the new “stray”. She remarked on how much this cat resembled her Cleo.  She also mentioned that her cat Cleo had lost part of her tail due to a traffic accident.  This extra bit of information is what made the positive ID.  The Bramley House stray had a missing portion of her tail, just like Cleo.  The staff were shocked to learn that their stray was Ms. Cowen’s beloved cat.
No one has been able to explain how Cleo found Nancy, but in the end, the Bramley House opened their hearts and home to a determined feline who refused to be separated from her human.  Their story is an example of how great the bonds between animals and people often are and how the lines between rescued/rescuer are often blurred.