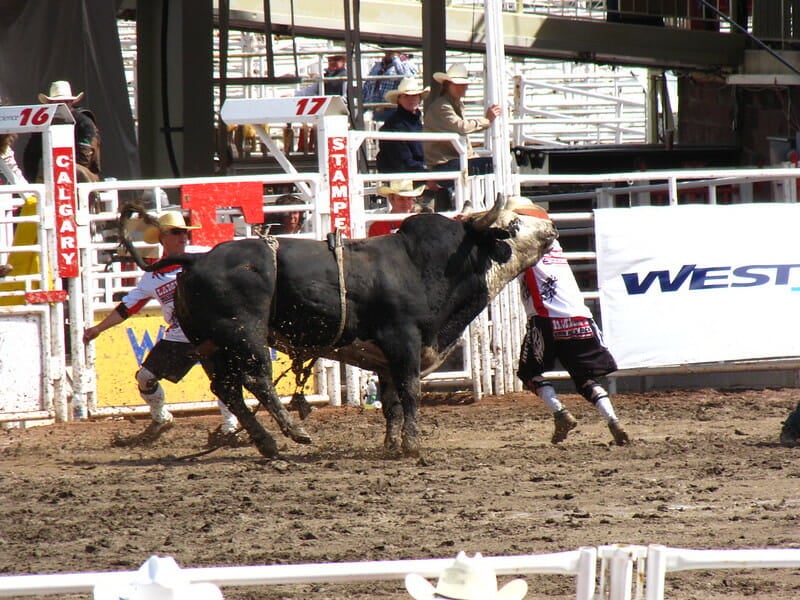 The Los Angeles City Council recently voted to ban “tools of torture” in the rodeo industry, according to KNX 1070 Newsradio, taking the first step towards preventing the suffering of countless animals.

Electric prods, which shock animals with 5,000 to 6,000 volts of electricity, are restricted in various locations throughout North America. In 2018, the Michigan State University College of Law found that cities in Texas, Pennsylvania, New Jersey, New York, Ohio, and California have prohibited the prod’s use.

Tied around the soft underbelly, flank straps generate discomfort. A master’s thesis pointed out the flank rope’s purpose is to “produce an annoyance to the bull.” Bucking and kicking, the bull attempts to shake off the device. The state of Ohio has banned the use of unpadded flank straps.

Rodeos continue to negatively impact cows and horses. Researchers discovered calves being chased in rodeo events expressed agitation and anxiety, along with fear and confusion.

Last Chance for Animals is calling on Los Angeles to end the cruel form of entertainment once and for all, circulating a petition with over 22,000 signatures.