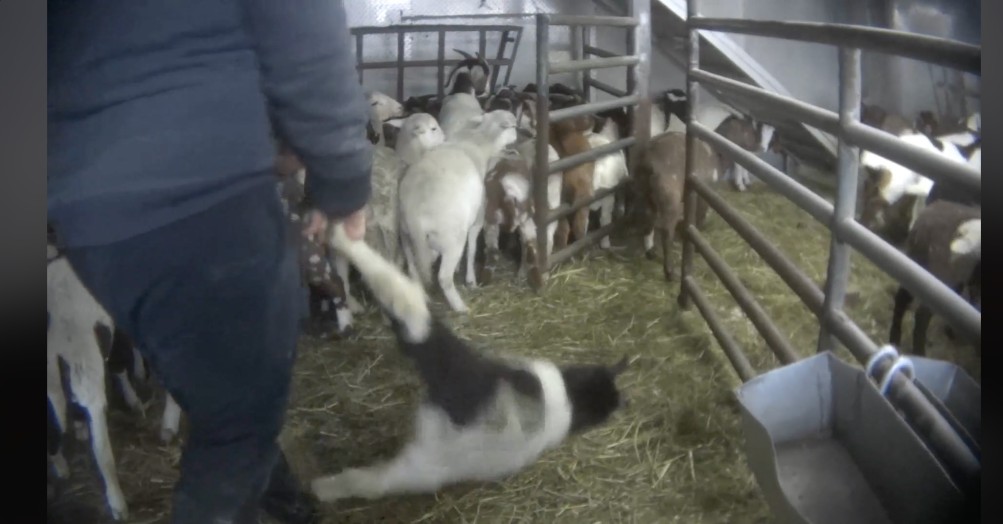 A Lady Freethinker (LFT) undercover investigator recently documented appalling conditions for goats and sheep at several live animal markets in New York — including animals kept in filthy enclosures without access to clean food or water and screaming goats being dragged by their legs, horns, and faces.

The investigator witnessed goats at Macca Vivero Live Poultry in the Bronx housed in an enclosure with only a thin layer of hay and minimal drinking water, which contained feces.

The investigator also documented a worker picking up multiple goats by their faces and horns and dragging a screaming goat by his leg. 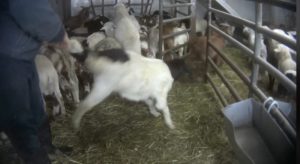 One video shows the worker attempting to move the goat by grabbing his horns, causing the animal to scream out, twist out of reach, and attempt to escape by running up a nearby ladder-like structure. The worker then attempts to pick up the animal from behind, causing the goat to jump back down while other terrified goats and sheep in the space scatter.

For at least the next 12 seconds, the worker grabs and holds the goat by a back leg. The thrashing goat, desperate to get away, tries to escape by crawling away from the worker, his front forelegs scraping the ground. The goat then collapses to the ground and is dragged by the worker across the floor before the video ends. The goat eventually was yanked by his horns to a weighing station, according to the investigator. 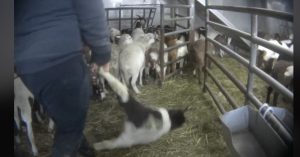 LFT also documented goats, lambs, and cows in an enclosure with heavily-soiled straw at Salahi Live Poultry in the Bronx. Several of the goats appeared to have yellow discharge coming from their noses and also were coughing, according to the undercover investigator.

This new, shocking footage is the latest information that’s come to light exposing conditions at live animal markets — or facilities where customers choose which live animals they want slaughtered on-site. 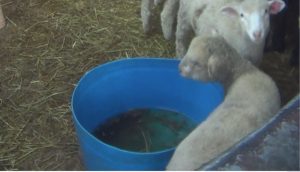 Altogether, LFT’s investigator visited 20 live animal markets in New York and New Jersey and reported horrific conditions at every single one: including dead animals mixed in with live animals, employees yanking animals by their feet or wings, animals with dirty or minimal food and water, and facilities covered with blood and excrement.

Public records also revealed that at least six of the New York live animal markets visited by LFT’s investigator had histories of deficiencies with the state’s minimal standards — including facilities crawling with roaches, birds in overcrowded and filthy enclosures, and accumulated blood, feces, and animal parts that caused foul odors and led to quality-of-life issues for surrounding community members.

If you haven’t already, please sign our petition urging officials to shut down hazardous live animal markets — for the wellbeing of both humans and animals!