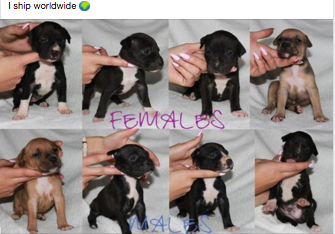 PETITION CLOSED
PETITION TARGET: Facebook
UPDATE (5/16/2022): Lady Freethinker sent our petition, signed by more than 33,900 people, to Facebook. We’ll continue to do all we can to highlight — and stop — animal abuse and cruelty on social media. Thank you to everyone who helped speak out for these innocent animals. — Lady Freethinker Staff
*

A shocking investigative report by Lady Freethinker reveals that on Facebook, dogfighters are promoting their gruesome trade with alarming frequency.

Posts show dogs mauling each other, chained up in factory-like training facilities, or displaying the telltale scars and open wounds of fighting; they include coded language like Gr Ch (grand champion), 2xW (2 wins), and even “RIP.” 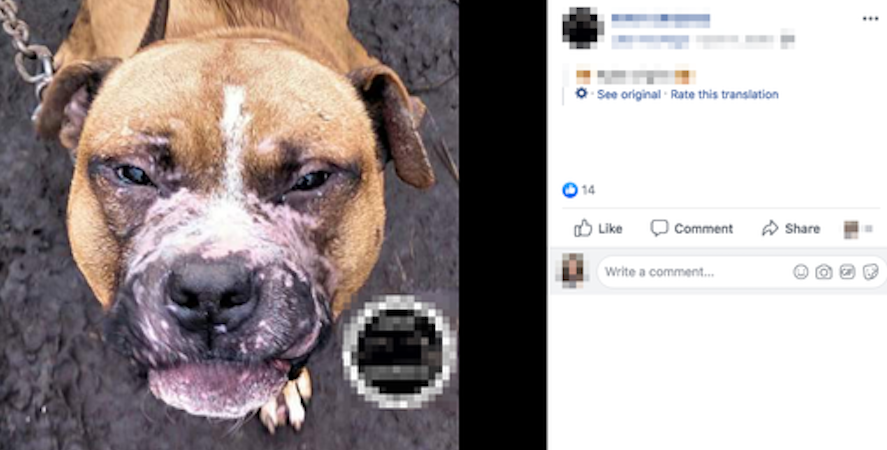 Facebook is an enormous platform used by billions of people around the world, and has the power for tremendous good — but only if such abuses are dealt with appropriately.

If nothing is done, cruel breeders will keep selling innocent puppies into dogfighting on Facebook, and dogfighters will continue to enjoy a massive platform to glorify this gruesome bloodsport, sending the message to billions of people — including impressionable children as young as 13 — that dogfighting is fun and recreational.

As a global tool for communication, advocacy, news, and commerce, Facebook has a responsibility to block content that induces cruelty to animals, and ensure that users do not promote violence toward any species. Additionally, they have an obligation to reach out to local law enforcement when animal cruelty is reported, and work with government officials to protect these animals. 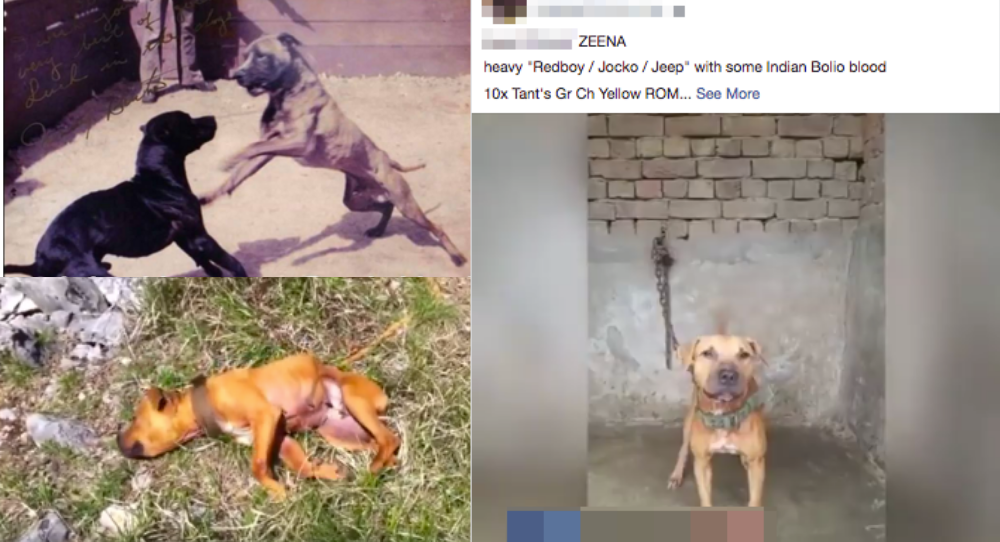 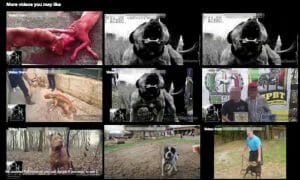 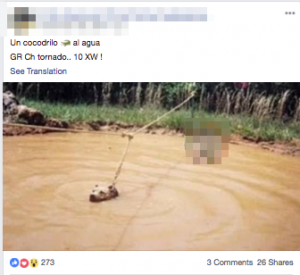 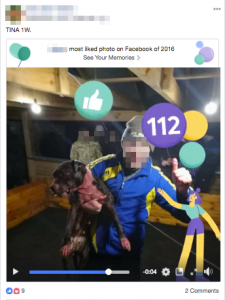 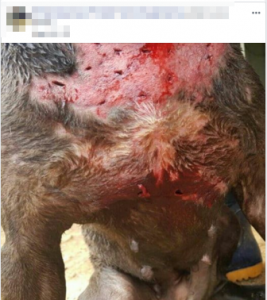 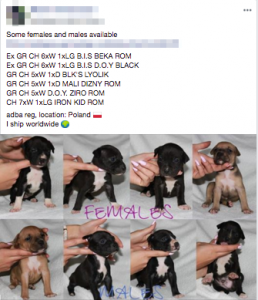 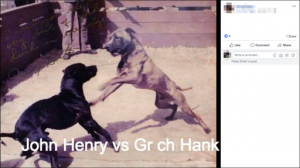 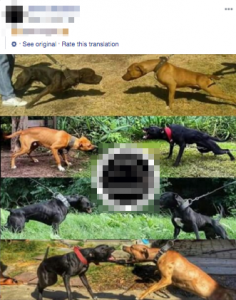 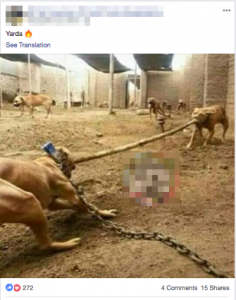 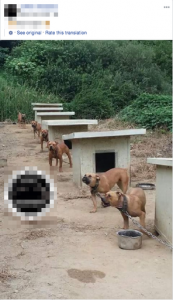 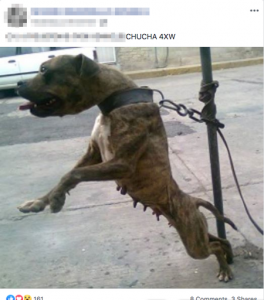 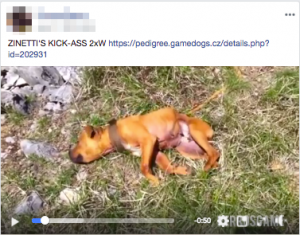 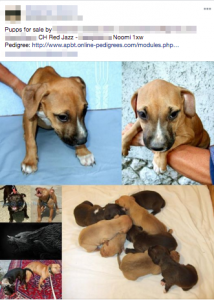 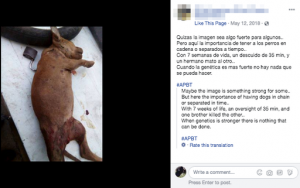 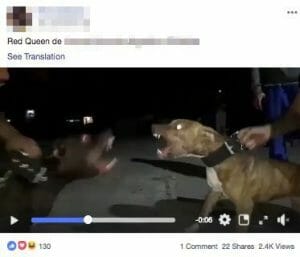 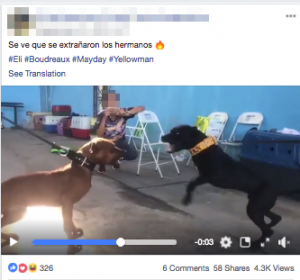 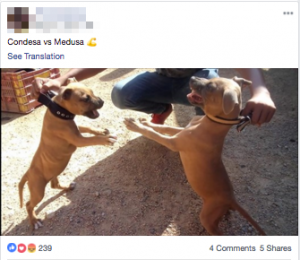 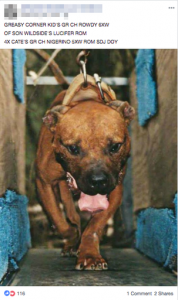 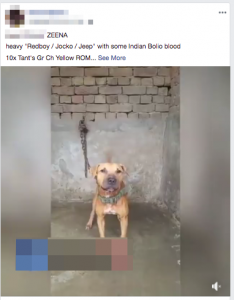 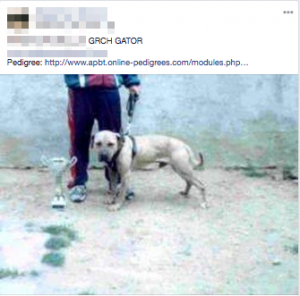 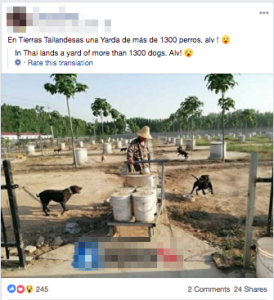