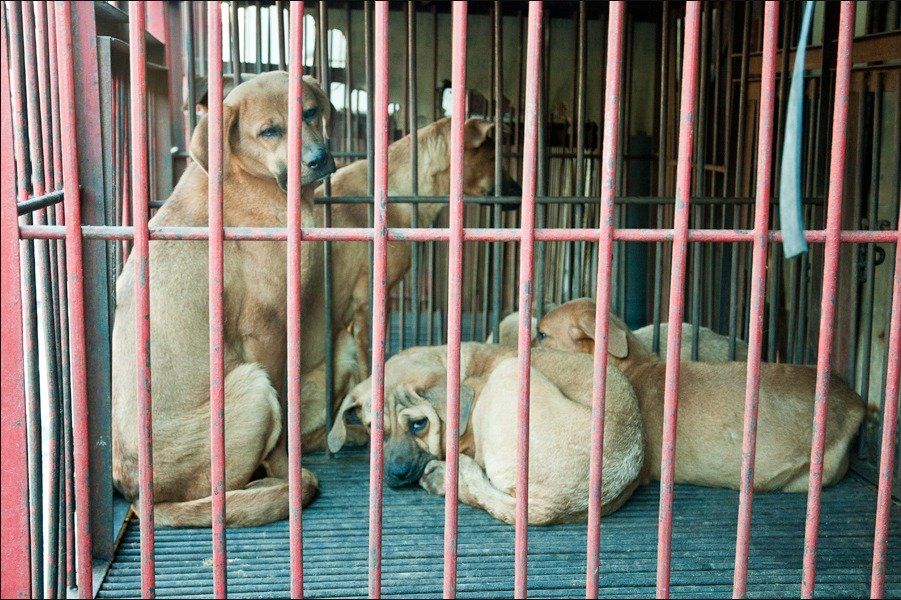 Last Chance for Animals (LCA) has launched a comprehensive campaign to stop the Korean dog meat trade, it was announced today by LCA President and Founder Chris DeRose. The international animal advocacy organization is working on several fronts to raise awareness and end the horrific torture and slaughter of dogs in South Korea.

In violation of existing laws, South Korea has industrialized its dog meat trade, resulting in a reported 2.5 million dogs being slaughtered each year for human consumption. Due to the government’s long standing apathy towards animal cruelty, South Korea has now become the only country in the world in which dogs are bred in huge factory farming facilities solely for their meat.

Approximately one million dogs are killed during the country’s month-long Bok Nal Festival, which occurs in July-August. Three main celebrations are held on what are considered to be the “hottest days of the year,” in which the dogs are hung, electrocuted, skinned, and burned alive in the belief that torture makes their meat taste better. Dog meat soup, called “boshintang,” is traditionally eaten during Bok Nal because Koreans believe it has a “cooling” effect. This year’s final Bok Nal festival date is August 16, 2016.

In its efforts to end the torture and slaughter of dogs, LCA has already held two protests in Los Angeles, CA, the first of which resulted in a meeting between Lee Key-Cheol, Consul General of the Republic of Korea in Los Angeles, and DeRose.

“We are pleased that the meeting was productive, and we came to an agreement on a mutual objective. Consul Lee stated that he will report to the Ministries concerned including the Ministry of Agriculture of South Korea our request to take immediate measures to enforce the Animal Welfare laws that are in place, and provide feedback to us,” said DeRose. “This is an issue that many Koreans care about — several native Koreans are involved with LCA’s campaign because they are horrified by the dog meat trade in their home country.”

LCA will continue to pressure the South Korean government and has also launched a petition directed to South Korean Ambassador Ahn Ho-Young in Washington, D.C., to end the dog meat trade and stop Bok Nal. On August 8, 2016, the most read Korean-American newspaper, The Korean Daily, published a front page story on LCA’s dog meat campaign. An English version of article is posted here: http://www.stopdogmeat.com/chris-derose-interview-with-korea-daily/