Imagine your cherished companion stolen from home, packed onto a cramped, filthy transport truck, and shipped to a slaughterhouse to be beaten, sliced open, and boiled alive.

This is the reality for millions of cats and dogs in China.

In 2016, a seeing eye dog was stolen from her owner while the two were on a walk.

In December, eight gang members were arrested in the Anhui province of China for selling poison darts intended to capture, steal, and sell dogs for the dog meat trade. The gang had sold over 200,000 syringes.

Just months ago, a man in Jiujiang was arrested for stealing over 500 domestic cats to be sold to restaurants for meat for less than $5 each. Some of the cats were claimed by their owners, but others were simply released onto the streets. 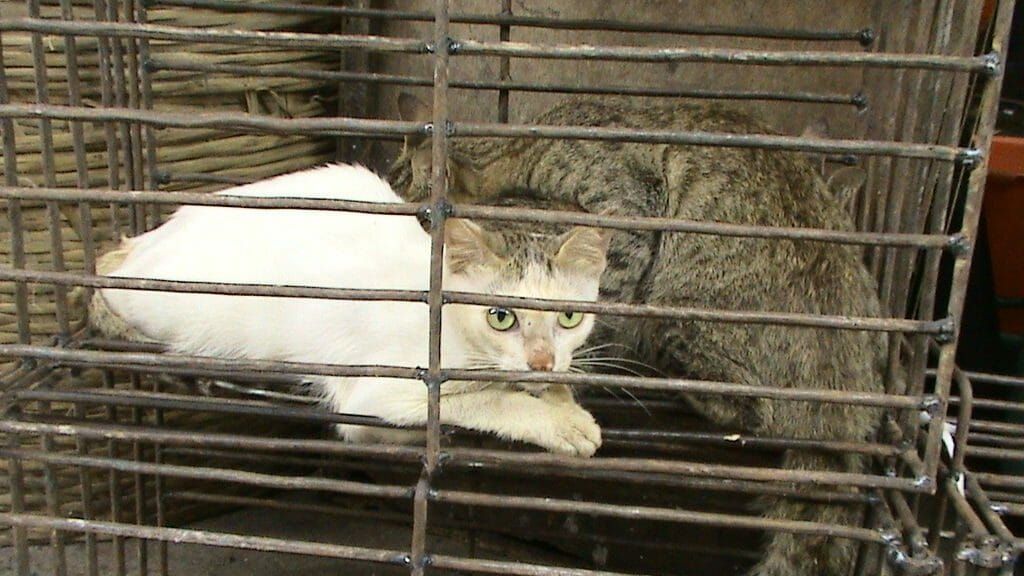 Brave rescuers are on the move to save China’s dogs and cats and put an end to the horrifying cruelty that fuels the dog and cat meat trade.

Thousands of animals have been saved from slaughter, but sadly, many are unclaimed and end up homeless after being rescued — but shelters are stepping up to save them.

And we’re doing our part, too.

Right now, Lady Freethinker is providing much-needed heat for two dog and cat shelters in Beijing, keeping hundreds of animals warm and safe as temperatures drop to a frigid -10°C (and colder). With our aid, rescued dogs and cats can sleep cozy at night in clean beds like these, seen from the shelter’s video monitoring system.

These innocent dogs and cats deserve food, shelter, and love — not to be stolen and murdered for their flesh.

Shelters are filling up fast, and we need your help to provide the best possible care for these sweet animals!

Join the movement to stop the cruelty. Donate now to support our efforts in China and around the globe as we save the lives of animals through our news reports, petitions, and grassroots actions.