Chinese Police Seize 500 Cats Meant To Be Sold To Restaurants 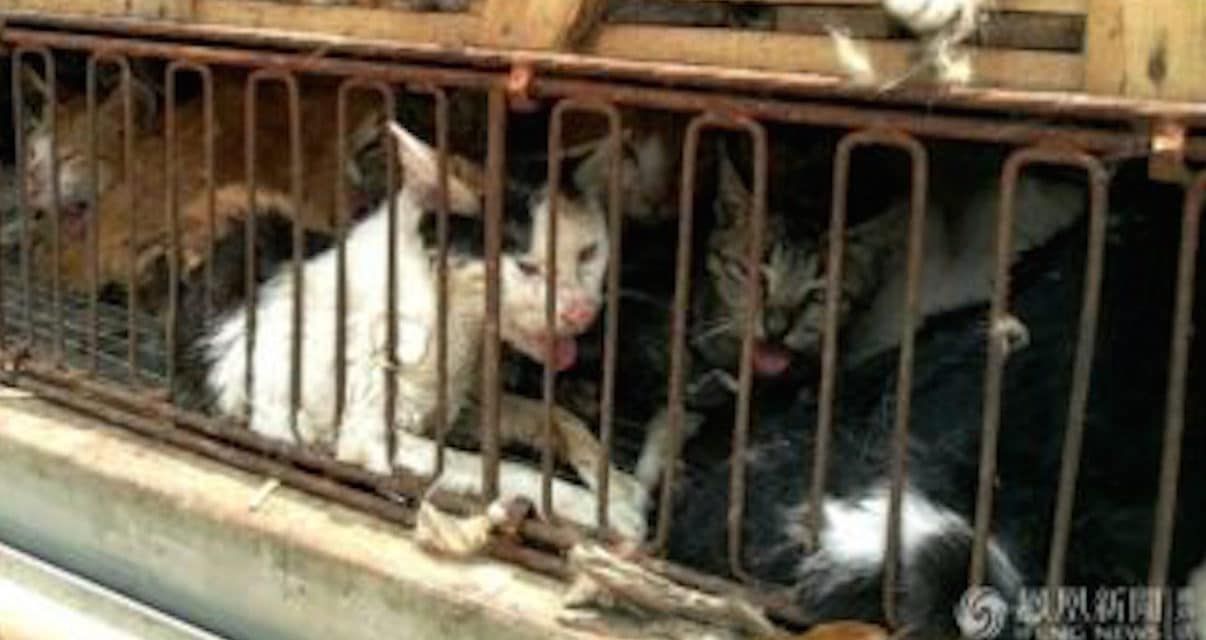 This week, a Chinese man was caught having lured and trapped 500 cats, all of whom he planned to sell to restaurants for meat. Identified by the name of Sun, the man was located and arrested after complaints of missing domestic cats were reported to the police. 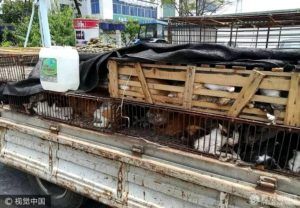 Coming upon the site in a village near the city of Jiujiang, authorities discovered a large number of the cats crammed into small cages in the bed of a truck, many weak and some dead from being trapped in the outdoor heat. Others, in similarly poor health, were found in a nearby hut, awaiting transportation to various restaurants to meet their terrible fate. 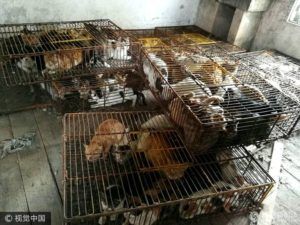 After successfully rescuing the cats, the police implored owners to come forward and retrieve their pets. Cats not claimed would simply be released.

Sun admitted to the authorities that he had been capturing and selling cats for meat long before his arrest, apparently charging around 30 yuan, or $4.40, per cat.

Eating cats and dogs is legal in China. Fortunately, measures are being taken in the country to reduce the deaths that millions of these animals face every year. The reported ban of selling dog meat at the annual Yulin Dog Meat Festival, which begins in less than a week, has brought China another step toward putting an end to the cruel practice.

While this is good news to animal lovers everywhere, there is much more work to be done. “Regrettably, many dogs and cats will still be killed for the Yulin festival in advance of the ban, so their suffering is not over yet,” said Peter Li, China policy specialist for Humane Society International. “But this is certainly a milestone victory and we commend the Yulin authorities for taking this action.” 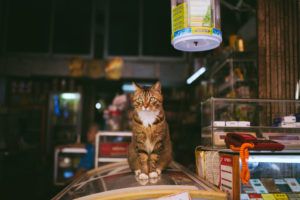 While the ban marks progress for the dogs of China, the same advancement for cats has yet to be won. Activists all around the country are fighting tirelessly for our feline friends. A positive ray of hope shines for the 500 cats rescued by the police in Jiujiang, and hopefully the injustice inflicted on many more throughout China will soon come to an end.