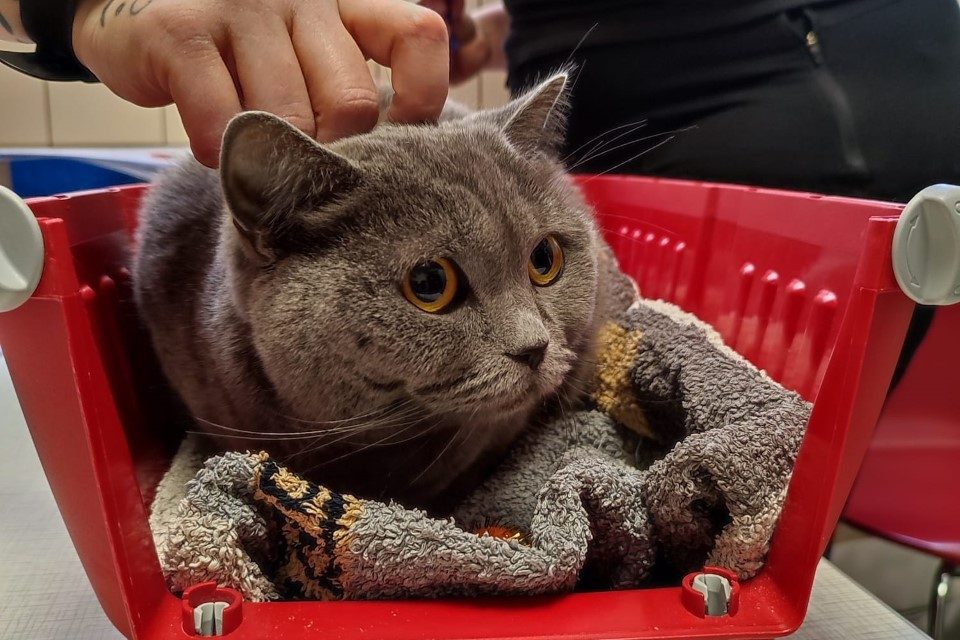 Lady Freethinker has granted $10,000 to a nonprofit helping pets and people fleeing from war-torn Ukraine get access to needed veterinary care, paperwork, food, and supplies.

The refugee aid program, which started in March, also is receiving funds from the Humane Society International-Deutschland and nonprofit Welttierschutzgesellschaft – WTG e.V. The aid program connects people who have fled from Ukraine to Berlin with food, pet supplies, vaccinations, microchips, and more.

Linda Hüttmann, a BT volunteer who handled LFT’s grant, said the nonprofit through the collaborative partnership has been distributing vouchers since March 5, with 157 reimbursements issued that have covered 194 animals.

“The pet owners are very grateful that we can help so quickly and easily,” Hüttmann said. “Thank you for making this possible.”

She added, “Every euro/dollar from your donation will go towards veterinary costs.” 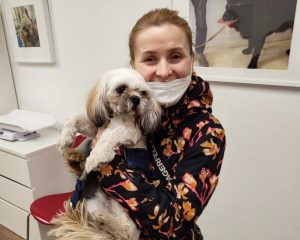 Russia’s invasion of Ukraine, which started on Feb. 24, has killed 900 Ukrainians and wounded close to 1,500 more, according to data from the Office of the UN High Commissioner for Human Rights – numbers that the office warned are likely a severe undercount. Russian casualties also are in the thousands, with NATO estimating that up to 40,000 Russians have been killed, wounded or taken prisoner, according to NPR.

More than four million Ukrainians have fled the country to date, packing trains and seeking refuge in neighboring countries with or without their companion animals.

Germany, where BT is based, has welcomed at least 300,000 displaced Ukrainians in the past month alone, according to DW news.

Berliner Tiertafel’s first day of aid went smoothly, with the help of an interpreter, with the nonprofit announcing via Facebook that they were able to provide three dogs and three cats with food, supplies, and vouchers on March 5.

But then the flood gate of need opened.

Every day, volunteers started fielding dozens of emails, calls, and Whats App messages from people about their dogs, cats, rodents, and birds, while also trying to provide needed supplies and food for those showing up in person.

More than 50 pet guardians arrived for food and veterinary consultations on March 19, keeping volunteers busy for more than ten hours.

“None of us knew what was coming our way, either the amount of animals or the emotional (toll)..”  Berliner Tiertafel wrote in a March 20 Facebook post.

The nonprofit has invested more than € 10,000 through the collaborative partnerships to date in food, animal supplies and vet costs and  wrote that the stories of the fleeing refugees are “unbelievable” and “bring tears to your eyes.”

“The stories of the people who had to leave everything behind in Ukraine to keep themselves and their animals safe are very touching,” BT posted on Facebook. “Some of them have lost relatives and friends. They miss their husbands, fathers, (and) the animals (miss) their masters who stayed there to fight.”

The situation for animals who have remained in Ukraine also is dismal, with news reporting the bombing and devastation of several animal shelters – in addition to the hospitals, schools, and civilian apartment buildings – and overflowing social media posts of wounded or lost animals found wandering through the wreckage. 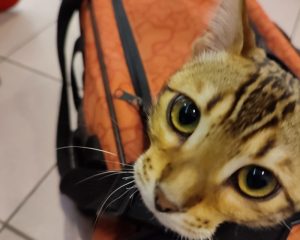 While the aid program in Ukraine is new, the situation highlights the bond the people feel for their companion animals that Berliner Tiertafel volunteers have noticed in all the work they do to help people struggling financially – whether that’s from sudden job loss, small incomes, or repercussions from the COVID-19 pandemic.

“The fates are varied, but they all have one thing in common: the people and their animals want to stay together,” the nonprofit wrote on its website. 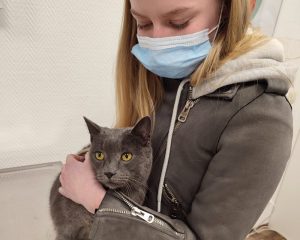 Lady Freethinker is beyond grateful for the life-saving support from our readers and donors who have made it possible for us to help keep these families with their beloved companion animals, and to provide needed veterinary care, food, toys, supplies, and comfort to these innocent pets and to their people, too.

With your backing, and because you cared, we have been able to help save lives. 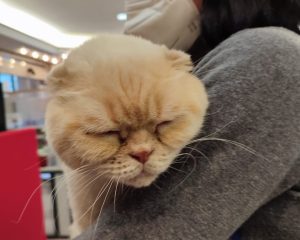