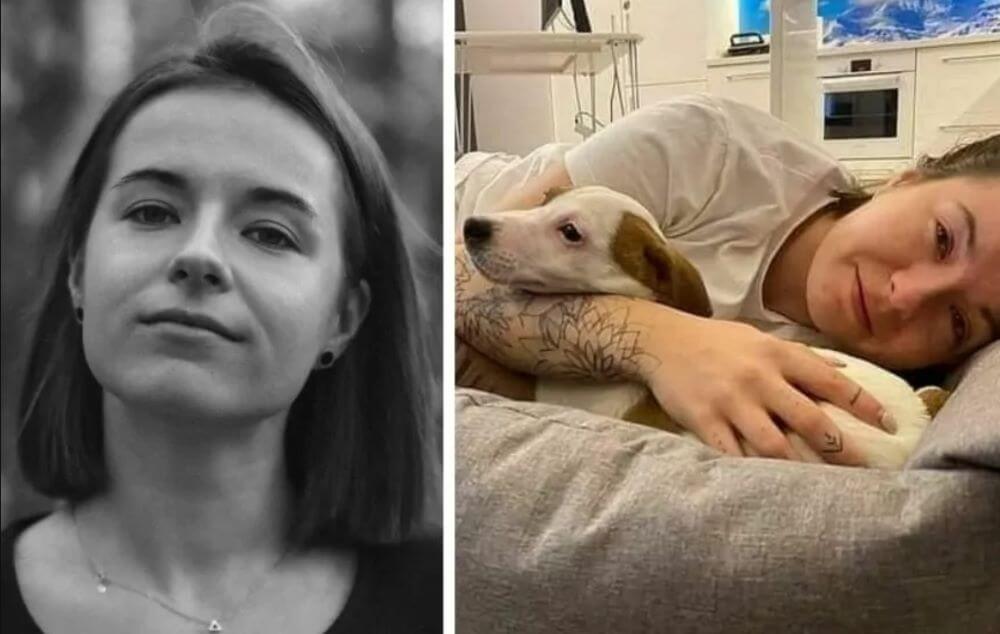 As shelling by Russian forces started in Ukraine, three volunteers planned a dangerous trek to a local animal shelter to deliver much-needed food for the innocent animals there, carrying with them pleas from family and loved ones to be careful.

They accomplished their mission — dropping off food and supplies at the shelter in Bucha, a once sleepy suburb about 30 kilometers outside the Ukrainian capital of Kyiv now turned deadly hotspot — but they never made it home.

The animal shelter had been out of food for three days when Anastasia Yalanska, 26, Serhiy Ustymenko, 25, and Maxym Kuzmenko, 28, loaded up Yalanska’s car and headed out. They successfully delivered the emergency supplies and had nearly made it to Ustymenko’s family home when a Russian military vehicle reportedly approached the car and then tragically shot and killed everyone inside, according to The Kyiv Independent.

When the shooting stopped, Ustymenko’s father, Valeriy, moved the bodies to his basement, where they remain at the time of this writing — unable to be buried or moved to a morgue due to the constant shelling and artillery fire.

Although the war is preventing a hero’s sendoff and the premature goodbyes, those who knew the three brave Ukrainians said their legacy will live on.

Andriy Piddubny, Yalanska’s former colleague, described her as “professional, honest, and straightforward,” and as someone who was always upbeat, positive, and unafraid of speaking her mind. Her husband Eugen Yalanskiy said Yalanska was always on the lookout to make a positive difference in the world.

“She always helped those in need, until her last breath,” Yalanskiy told the Kyiv Independent. “She was the best of all people.”

Kateryna Zhvalyuk, Kuzmenko’s employer and friend, said he also had a reputation for helping others. Her business started sending food to the Ukrainian armies and hospitals once the invasion started, and Kuzmenko ran the deliveries.

“He was always there for those who needed him,” she told the Kyiv Independent. “He always did more than was expected from him. You give him a task and he does more. I used to ask him, ‘Why are you doing more when it’s good enough already?’ He would answer: ‘I must get better than I am now’.”

Friends remembered Ustymenko as “the soul of any company,”  kind, and reliable.

“He was a friend that would never betray you,” Ivan Soloviy said.

Lady Freethinker thanks these brave individuals for their service to vulnerable animals during such a dangerous time. They are heroes who did not deserve to die for such compassionate action, and we are inspired by their actions that show so clearly that the smallest and most innocent lives are also worth saving.