Kitten’s Unusual Marking Is Almost Too Cute to Be True 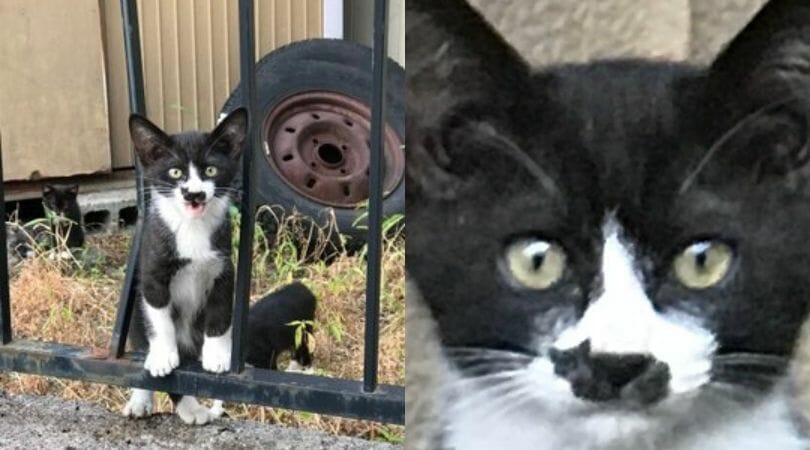 A precious black-and-white kitten with a marking on his nose resembling the silhouette of a curled-up cat is going viral on social media.

Photos of the unique feline sitting on the roadside were originally shared on Twitter in 2017, but it took the internet a few years to catch on. The post, which has now received nearly 50,000 shares left many wondering who the cat is, where he lives, and what happened to him after the pictures were taken.

As it turns out, the person who originally posted the photos in 2017 is now the cat’s guardian. As the post grew increasingly popular, “TOKAITRICK_bot” took to Twitter to set the record straight about Iggy, the mysterious person’s feline companion.

Don’t worry. It’s my cat now. his name is iggy. 3years old. he is full of go. by the way, he is a Japanese cat. pic.twitter.com/6PnQ5ZLSTo

The one-of-a-kind kitten, who is now three years old, was discovered as a stray, along with his mom and siblings. His guardian rescued and found loving homes for all of them, but couldn’t part ways with Iggy.

One post, which stated that the kitten was “improving day by day,” suggests Iggy overcame health challenges earlier in life under his guardian’s care, but it is clear that he is doing well now.

Cat on the nose of a cat. today’s cat.improving day by day:)
it’s called HANA-NECO in japanese. pic.twitter.com/yxz5rPaWfG

The pair are reportedly inseparable, and Iggy continues to melt hearts all over the world with his growing fanbase.