Home » News » This Kitten’s Ears Were Cruelly Cut Off – So A Kind Woman Knitted Her Some New OnesBy Carly Day | September 19, 2018

An abandoned kitten named Karma, who was found with her ears and part of her tail cruelly chopped off, has been showered with love by foster carers and received her very own crocheted cap complete with adorable cat ears.

The three-month-old kitten was picked up as a stray and taken in by the Humane Society Silicon Valley last month. It is unknown who hacked off this poor baby’s ears and tail before dumping her in the streets, but staff at the shelter say she was still traumatized and fearful when they met her. 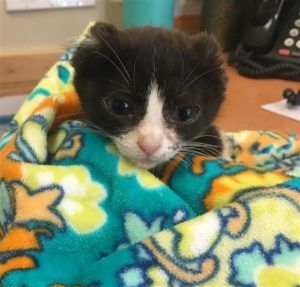 “The wounds were mostly healed, but understandably, she was very frightened of almost everything, especially humans,” said Michelle Nicholson, publicist for the Humane Society Silicon Valley.

Karma was placed in a special foster home, where her compassionate foster mom worked hard to build her trust and confidence. She responded well, coming out of her shell and playing for hours.

“Karma had a rough start to life, but she’s looking forward to a happy future,” said the Humane Society in an Instagram post. “She’s a shy girl who perks up quickly once toys are involved.” 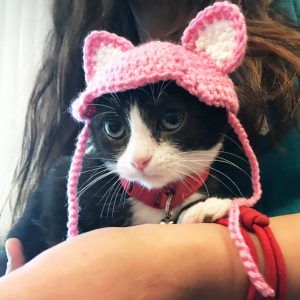 After such a rough start in life, this little kitten has found happiness in a new forever home; she was adopted within one day of returning to the shelter. 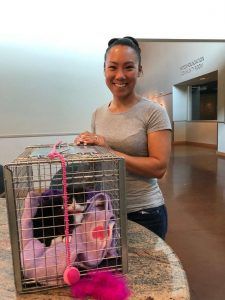