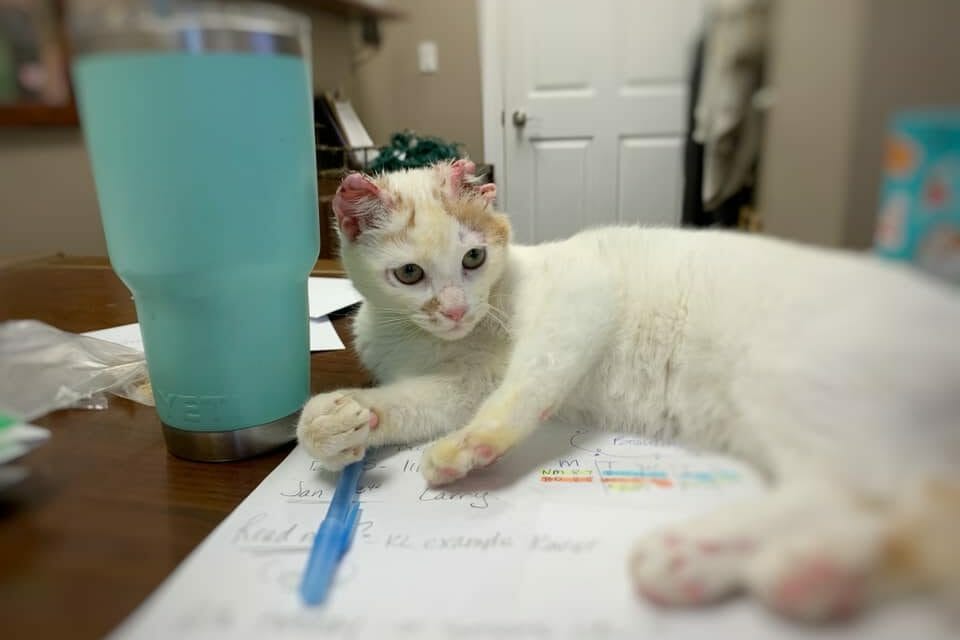 An 11-month old kitten is ready for adoption after enduring oven burns in Jackson, Mich.

The cat was originally named Smoky, but the Jackson County Animal Shelter now calls her Suri — short for survivor. Suri is recovering from severe burns on her paws, body, and ears after a juvenile placed her in a hot oven.

When she was brought into the shelter, Suri suffered from blood-stained paws and labored breathing. Parts of her ears remain missing due to the damage the hot oven caused.

“The mom brought the cat in and said she didn’t have the resources to treat the cat,” he explained.

Fortunately, Suri is recovering and available to find her forever home. According to Lydia Sattler, the Jackson County Animal Shelter director, she is still gentle and friendly.

“It speaks to the resilience of animals that go through trauma,” Sattler commented. “She still purrs as people hold her.”

The Jackson County Animal Shelter provided an update on Suri via Facebook.

“She’s feeling great and is ready to leave the hospital and go into a foster home while her wounds continue to heal,” says the post. “Isn’t she precious?! Thank you to everyone who donated to her care and the amazing Veterinarian who helped get her well! Interested in adopting? Please fill out an application in person or from our website and email/fax it in.”

Adoption applications can be found on the Jackson County Animal Shelter’s official website.

The incident is currently under investigation by Jackson County Animal Control.