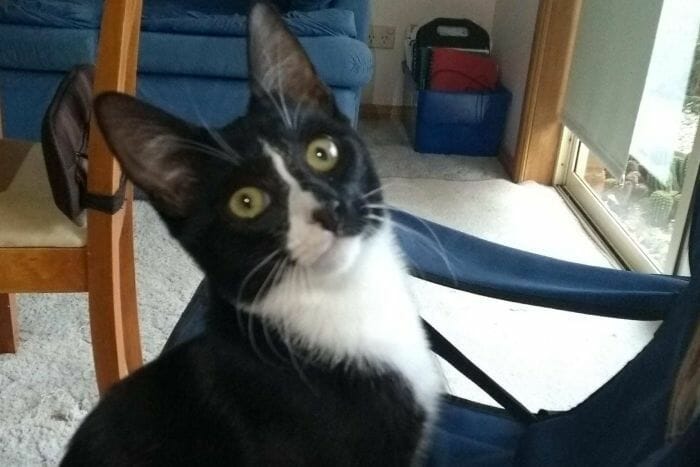 A six-month-old kitten named Poppy has miraculously survived after getting trapped in her family’s washing machine for a half-hour.

It was a typical Friday night at the Burr household in Tasmania, Australia. Kim Burr was in between loads of laundry as the rest of the family readied for bed. A short while later, they realized that Poppy was missing.

The Burrs embarked on a search mission to find the kitten. In an interview with Australian Broadcasting Corporation (ABC), Kim Burr described their efforts: “We got the biscuits out, looked through all the cupboards — we went all over the house, but we couldn’t find her.”

When the washer completed its cycle, Ms. Burr went to remove the clothes and discovered Poppy inside the machine. The kitten was barely conscious and dripping wet. Ms. Burr believes that Poppy may have snuck into the machine while she was loading it.

Poppy was rushed to the Animal Medical Centre. She was diagnosed with a severe concussion by Dr. Tim Laws, who has been a veterinarian for 32 years. The kitten also had a below-normal body temperature, water in her lungs, and head injuries. Luckily, she had no broken bones, fractures, or other long-term injuries.

“It’s quite amazing that she’s survived it and that she didn’t drown,” Laws explained. “I’ve seen some unusual things in my time, but I’ve never seen a cat do this before.”

Cats are inherently curious creatures and well-known for hiding inside washing machines and dryers — and although Poppy survived her experience, many cats are not as fortunate. If you have a cat or kitten at home, please be mindful to check your appliances before using them.