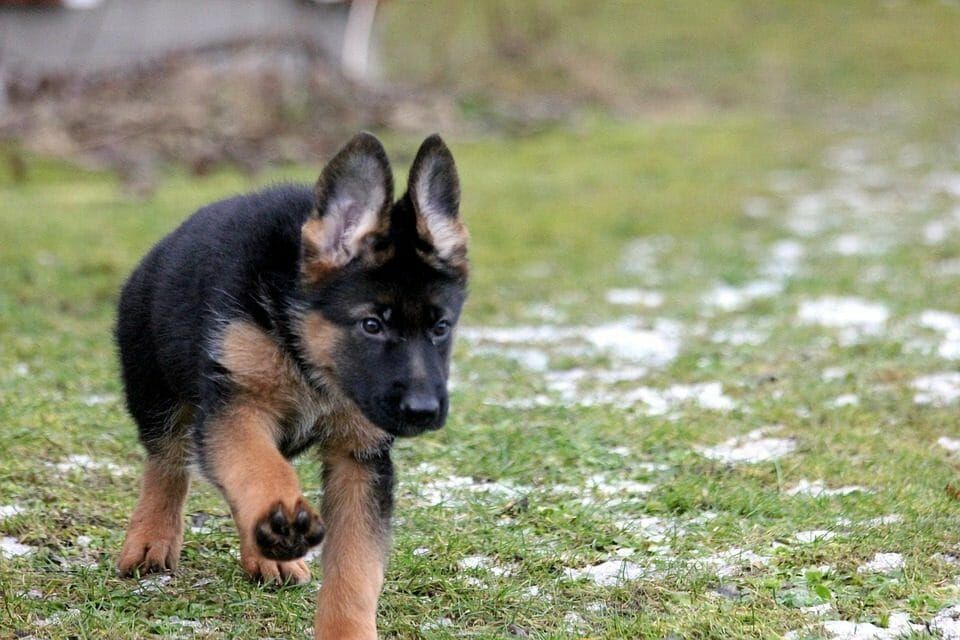 On Friday, January 12, a homeless man brought a lost puppy to a downtown Wichita fire station in hopes she’d be returned to an owner.

A well-groomed German Shepherd of only a few months, the firemen knew she belonged to someone. Without identification tags, however, locating the owner would prove challenging.

After some hours, they were able to track down the owners through a lost pets page on Facebook!

Upon picking up the puppy, named Venus, owner Melissa Lomeli was in tears. Her husband and their other dog, a pitbull named Zeus, had all been so worried and upset about Venus’ disappearance.

Apparently, Lomeli’s husband had taken both dogs out to “take care of business.” The frigid temperatures sent him back inside briefly to get a coat, and when he returned outside, Venus was gone.

Thanks to the unknown homeless man and the Facebook community, Venus was found and returned home.

“I wish I could thank him,” said Lomeli of the homeless man. “It was amazing what he did.”

This story has a happy ending, but it also provides an important lesson — why to equip your dog’s collar with identification tags.

A study in Preventative Veterinary Medicine found that only 33% of pet owners put ID tags on their pets’ collars. And of dogs lost, only between 10 and 30% are returned to their owners.

Although microchipping has become vastly common, having ID tags on the collar is the quickest, easiest way to ensure your dog, should she embark on an adventure, is safely returned to you.

According to vetSTREET, the most important information to include on an ID tag is the pet’s name, your phone number, and the city in which you reside. If your pet is microchipped, attaching a second tag with the microchip company’s name and phone number is recommended.

Luckily for Venus, she is safe and warm at home. Securing your own pet with ID tags and a microchip will help to ensure your dog has the same opportunity.