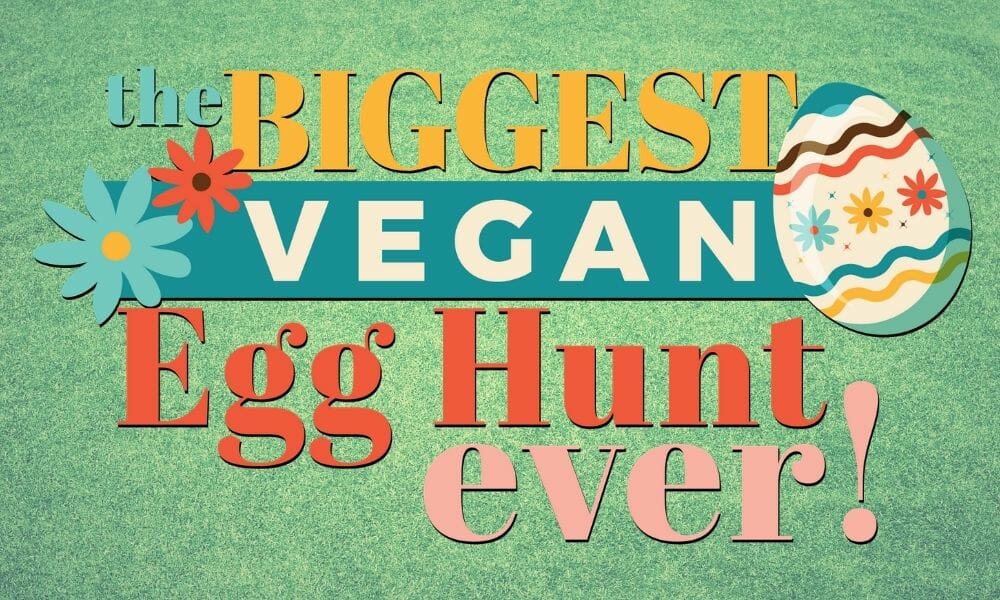 Children worldwide can look forward to virtual Easter festivities this year, thanks to a Plant-Based Network initiative.

Presented by Marisa Miller Wolfson (co-author of The Vegucated Family Table and producer of the documentary Vegucated) and the Plant-Based Network (PBNet) streaming channel, the event also will host special guests:

Participating parents will receive instructions for hiding “eggs” filled with vegan treats ahead of the 90-minute scavenger hunt, during which author Leinana Two Moons and her husband Anthony will give the children clues to find the hidden eggs.

The event also aims to encourage people to become more educated about vegan lifestyles for their children and to support animal welfare initiatives.

Participants who purchase The Vegucated Family Table (or provide proof of a previous purchase ownership) or donate as little as $5 to Animal Place’s California-based farmed animal sanctuary also become eligible for some fantastic prizes, including a year’s worth of Nubocha gelato, plant-based chocolate, toys, and books from brands like Herbivore Clothing, Vegan Essentials, Supernatural Kitchen, SeaSnax, Panda Chocolate, and more.

“Younger vegan kids don’t always have a sense of veganism as a growing, exciting movement that adults or teens have, because little ones aren’t on social media, and the pandemic has limited socializing with peers,” Miller Wolfson said in a press release. “This is a chance for them to join a community of vegan kids from around the world to bolster their sense of belonging, community, and vegan pride.”

After the event, children can connect with one another via a virtual interactive hangout.

The Biggest Vegan Egg Hunt Ever also marks the launch of PBNet’s new Plant-Based Kids Club, which aims to bring plant-based and eco-conscious families together.

Participants must register ahead of time at the event’s website.