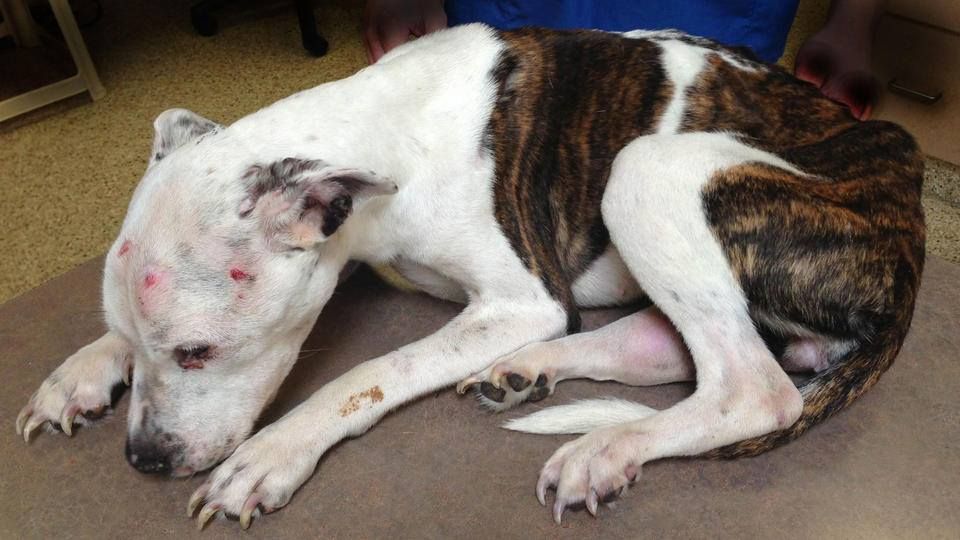 The man responsible for the horrific abuse of a dog known as “Puppy Doe” in 2013 has finally been convicted to a minimum of eight years in prison after a jury found him guilty on 12 counts of animal cruelty this week.

Radoslaw Czerkawski, a 36-year-old Polish immigrant living in Massachusetts, was sentenced on Monday, much to the relief of prosecutors and animal rights activists who have been following this case for nearly five years. He is also banned from owning animals or being around animals.

“With the conviction and sentencing of Radoslaw Czerkawski, it has been demonstrated that people who commit animal cruelty, and in this case extreme cruelty, will be held accountable,” said Mary Nee, president of the Animal Rescue League Boston.

The ‘Puppy Doe’ case caught the nation’s attention with shocking acts of cruelty inflicted on a pitbull named Kiya. In August 2013, she was found by a passerby in a playground in Quincy. She had numerous injuries including skull, spinal and rib fractures, dislocations, cigarette burns, stab wounds and a split tongue – injuries that experienced veterinarians say were carried out over the course of several weeks. So extensive were her injuries, poor Kiya had to be euthanized.

“We felt that a substantial period of incarceration was warranted in light of the terrible nature of the abuse, the evidence that the abuse was ongoing for significant periods of time and the kind of injuries discovered in the investigation,” District Attorney Michael Morrissey said. “The evidence of injury in this case was shocking.”

This case garnered massive public outcry, causing Massachusetts to strengthen their animal cruelty laws in 2014 with the introduction of a new bill, Protecting Animal Welfare and Safety (PAWS) — also known as the “Puppy Doe Bill.” The bill raised the maximum prison time from five to seven years for first offenses and up to 10 years for any further offenses. It also increased fines doled out for animal abuse.

Senate Minority Leader Bruce E. Tarr was the lead sponsor for the PAWS Act, and is now sponsoring the PAWS II bill, which would make drowning or sexually abusing an animal a felony.

“Puppy Doe triggered a sustained effort in legislation to make sure we continue to lead the country in animal-welfare laws,” Tarr said. “What happened to her is tragic and horrendous, but it has left us with a legacy of action to protect animals in the future.”