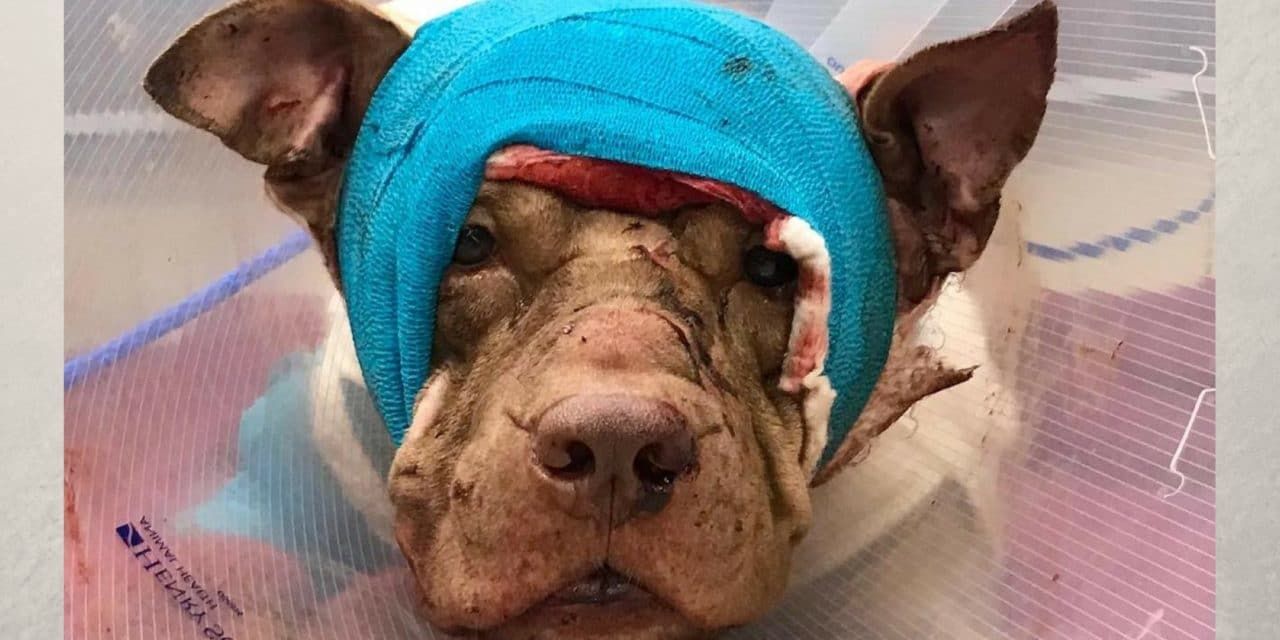 UPDATE (7/25/2022): Brendan Evans pleaded guilty to 15 counts of animal cruelty and has been sentenced to 10 years in prison, according to NBC 6 News. —Lady Freethinker Staff

Following pressure from Lady Freethinker readers and other activists, Hollywood, FL police have filed charges against Brendan Evans, the 31-year-old man from Florida who murdered Ollie the pit bull. Evans remains locked up in Broward County Jail, following his arrest for viciously and repeatedly stabbing Ollie before trapping the dog inside a suitcase and abandoning him. As a result of these horrendous acts of violence, Evans now faces 17 counts of aggravated animal cruelty and if convicted, up to 10 years in prison and a $10,000 fine.

Police discovered Ollie locked inside a blue suitcase on Lee Street, not far from Evans’ apartment, on October 10th. Although Ollie was stabbed more than 50 times, including multiple superficial wounds and 16 deep stab wounds, vets hoped that he might survive. Unfortunately, only two days after being rescued, Ollie passed away from his wounds.

Following a long search for Ollie’s killer, officers arrested Evans on the 14th of November, after linking his fingerprints to an August home burglary and finding his DNA on the suitcase Ollie had been trapped inside. Because Evans was on probation for a bank robbery at the time he was arrested for animal cruelty and burglary, “he can be classified as a habitual violent felony offender,” according to Assistant State Attorney Alex Urruela, which “doubles the penalty (on the animal cruelty charges) from five years to 10 years.”

Upon searching Evans’ apartment, police found multiple blood-stained knives, as well as an 18-inch machete and animal fur. Just when they thought they had discovered the worst, the police found animal body parts stashed away in the freezer, including two cat paws and several mutilated rat heads, legs and tails. As stated in an affidavit, Evans claimed to the police that he regularly practiced Afro-Caribbean religious traditions that required animal sacrifices. He even referred to himself as a “voodoo priest.” 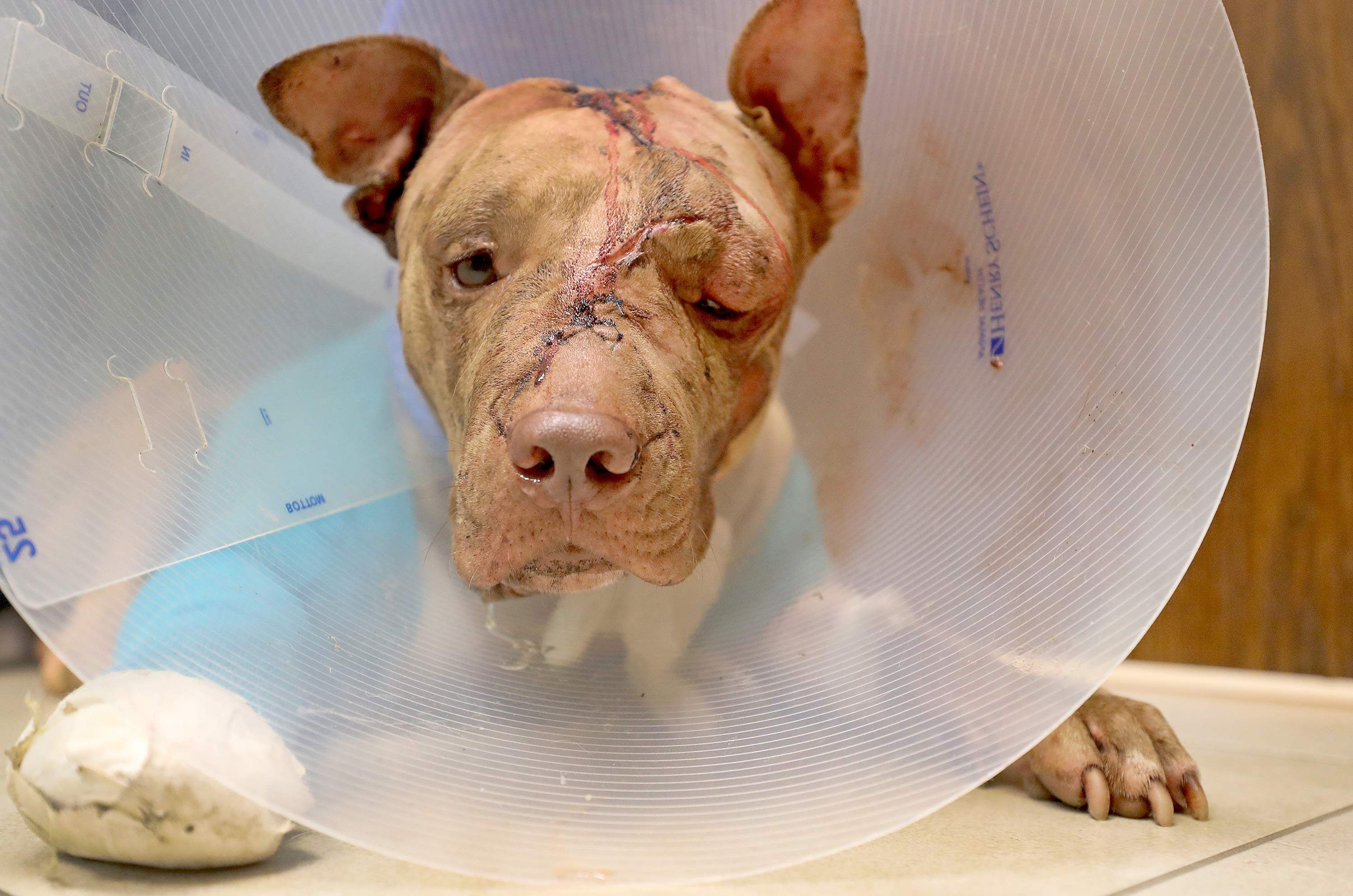 Despite Evans’ severe violent tendencies, his private defense attorney, Sarah Anne Mourer, claims that her client is remorseful for his actions and argues that his crimes against Ollie were a result of enduring a “life of pain, hardship and major mental illness.” While many would argue that cruelty towards animals is indefensible, especially when the circumstances of death are so severe, Mourer suggests that the true blame for this tragic incident lies with the healthcare facilities who failed to give Evans “a proper diagnosis or… appropriate treatment.”

According to Mourer, Evans tried to admit himself to hospitals or healthcare facilities on more than 30 occasions, but the healthcare system failed to give him proper treatment. Despite this, due to the severity of Evan’s cruelty against animals, Urruela explains that charging Evans with multiple counts of animal cruelty was “the right thing to do”.

Ollie’s tragedy spoke to thousands of sympathizers. Almost 25,000 people signed Lady Freethinker’s petition for justice for Ollie’s killer, urging the Hollywood police department to prosecute Evans and ensure that he never be allowed to own another animal.

“We will not tolerate any form of animal cruelty or violence in our city… Each reported case of animal cruelty, be it physical abuse or neglect, is disturbing, and this case is particularly heart-breaking,” said Police Chief Chris O’Brien.

Ollie can finally rest in peace, thanks to the animal lovers who honored his memory by forcing his killer to face justice.