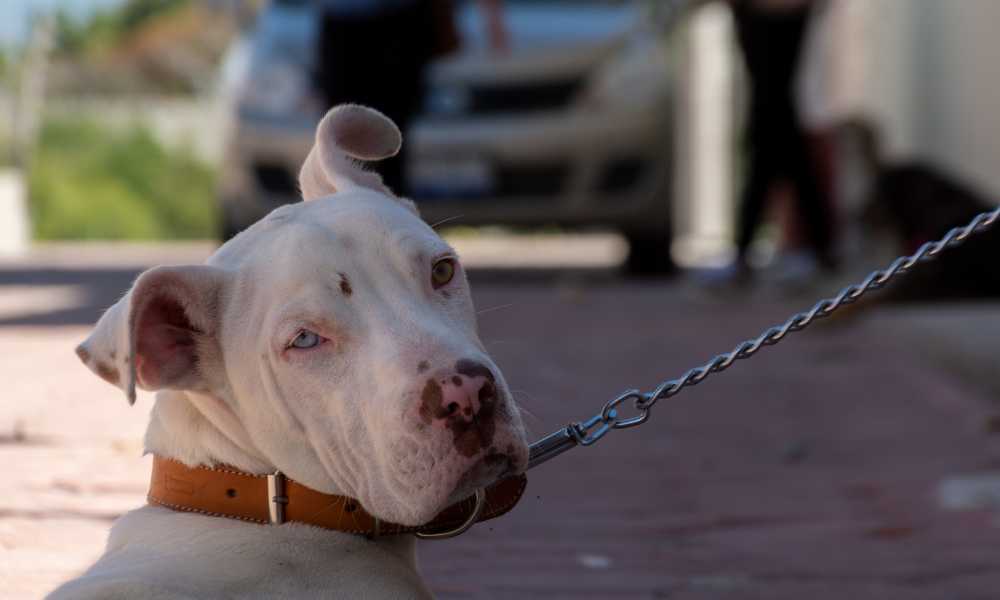 Dogs were reportedly kept on short heavy chains, caged, bred for cruel dog fights and denied food, water and shelter at a home in Mobile, Alabama, according to news reports.

Concerned and disturbed neighbors alleged that they witnessed abuse for nearly two years before the Mobile County Sheriff’s Office conducted a major raid of the home, rescuing 11 dogs that showed signs of long-term neglect, according to a veterinarian.

Two dogs appeared to be very sick, and two others had healing scars, according to investigators. Seven dogs were transported to the county animal shelter, and four others were rushed to the vet.

Authorities also removed contraband typically used to train dogs to fight, including a treadmill, which welfare experts said are often used to cruelly force dogs to run while terrified animals dangle in front of them as “bait.”

Authorities have charged Paul Kyles, 47, with first degree animal abuse, NBC 15 News reported. Kyles also was charged with a separate dog cruelty offense back in August, according to jail records and news reports.

Sensitive and intelligent dogs should never have to endure such horrific abuse. It’s crucial that this case be taken seriously before any more dogs are harmed or killed.

Sign our petition urging prosecutors to treat this case of animal cruelty with the severity it deserves, including a lifelong ban on owning or possessing animals and ensuring the animal cruelty charge remains on the record for the individual(s) responsible. We’re also urging authorities in Mobile County to ban chaining and for the Mobile County Sheriff’s Department to swiftly take action in future cases involving cruelty to animals.