Home » No One Belongs On a Chain

No One Belongs On a Chain

Dogs are sensitive and social beings who feel love, stress, and loneliness—they don’t belong at the end of a chain. Dogs who are chained are often deprived of basic necessities like water, food, and shelter, and suffer from boredom and isolation. 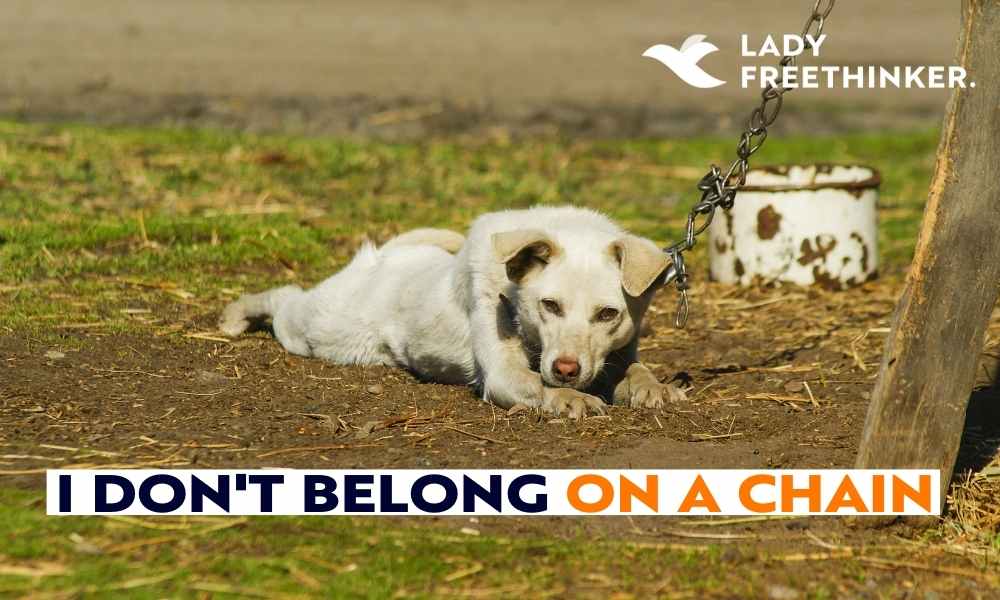 Chances are you’ve seen dogs left chained up outside, sometimes without adequate food, water, or shelter. Dogs left to live at the end of a chain are denied everything important to them and the most basic dog behaviors like going on walks, spending time with their families, running in the park, and more. 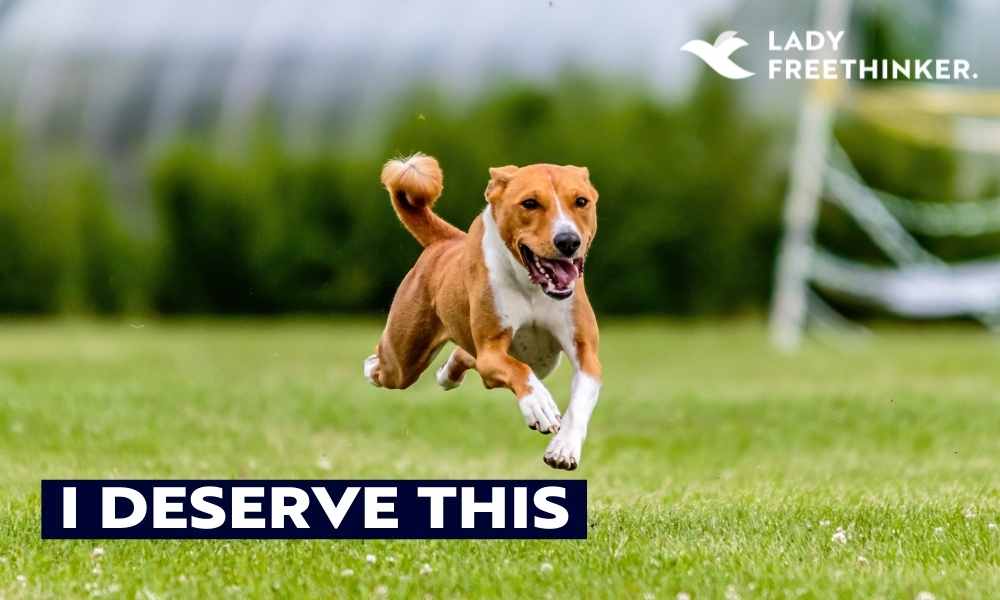 Dog chaining poses serious threats to a dog’s physical and psychological well-being. Dogs have frozen to death in the winter or died of heatstroke in the summer. They can also suffer from strangulation, as a dog’s tether can become tangled easily and they’ve hung themselves accidentally after attempting to jump over a doghouse, tree or fence. 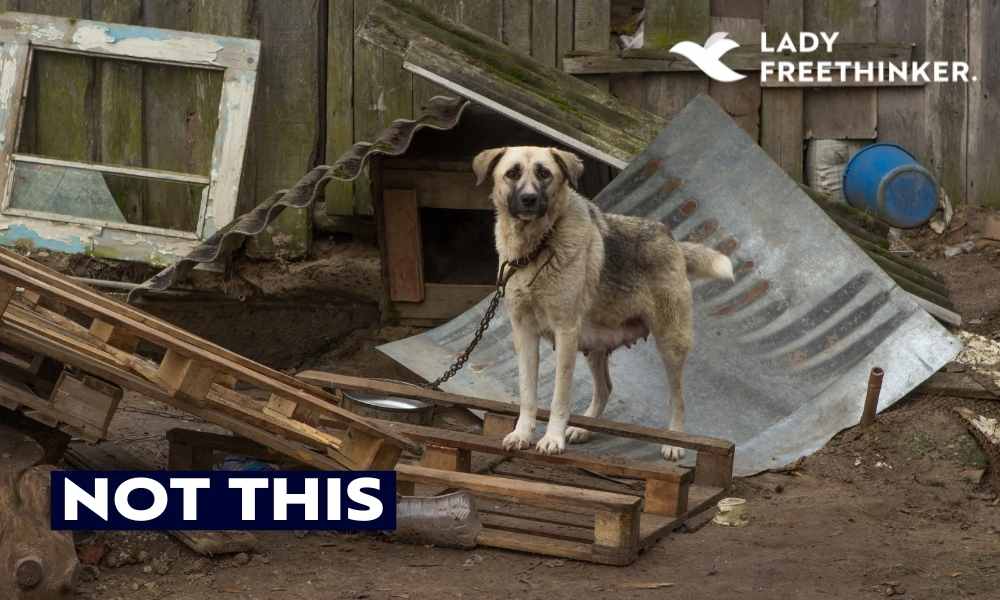 Countless dogs have died at the end of a chain, including in Knoxville, Tennessee, where two dogs died after they were unable to reach food or water, and in Lee County, Florida, where one Pitbull broke her teeth and was strangled after attempting to free herself from a painful chain. In another instance, a dog died in College Station, Texas after being chained up in the summer heat with no food, water, or shelter.

They typically live in filth too, as dogs chained or tethered are forced to urinate and defecate in the same space that they eat and sleep in. They’re also vulnerable to aggressive wild animals, free-roaming dogs who might attack them, and cruel people who could seriously harm or kill them. Given their circumstances, it’s no surprise that chained dogs tend to be more aggressive.  According to the American Humane Association, chained dogs are 2.8 times more likely to bite. 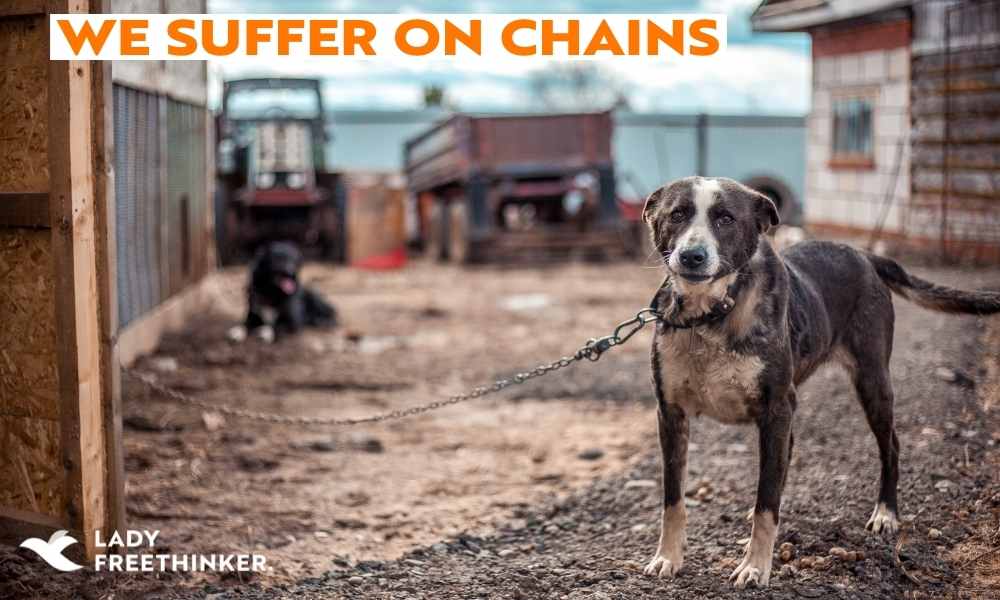 If a dog is left outside with no food, water, or shelter or looks like they are suffering, try talking to the owner about bringing the animal indoors. If you are unsuccessful, note that animal’s location and call animal control. If they’re unresponsive, call the local police department and wait for them to arrive to the scene. Please step in when you see a chained or tethered dog who needs help—their life could depend on it.

Here’s a breakdown of what to do if you see a dog who needs help.

Cities all over the country, including—Asheville, North Carolina; Birmingham, Alabama; Los Angeles, California, and so many more—have already banned or restricted tethering. Help chained dogs today by writing to your local officials and urging them to ban chaining, and signing and sharing our pledge, vowing to never leave your dog chained!

HELP US SAVE ANIMALS’ LIVES.

YOUR DONATION WILL PROVIDE LIFESAVING SUPPORT FOR ANIMALS IN NEED AND HELP EXPOSE CRUELTY AROUND THE WORLD.