Just over a year ago, an emaciated mother dog was dumped in a small concrete pen along with her five puppies. She had a nasty wound to one of her back paws and all the dogs were skin and bones. 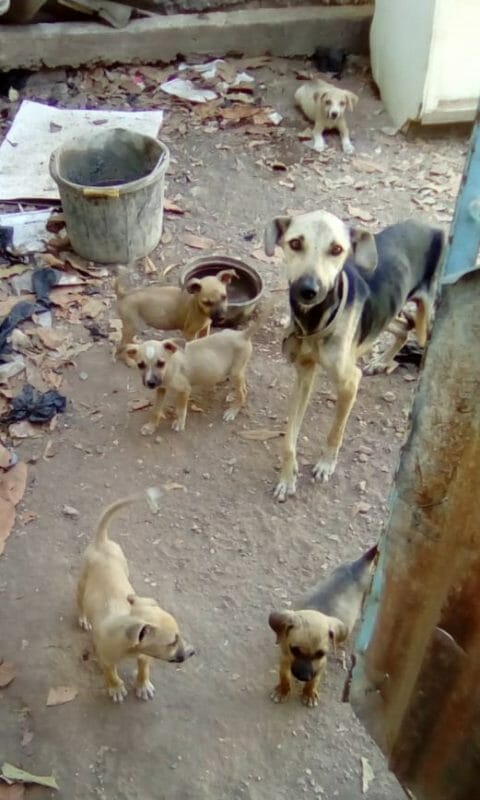 We started including them immediately in the rounds of feeding street dogs, and treated the mom’s wound, which dried up quite soon.

The puppies got fatter and cuter, and we tried to convince the “owner” (who never gave them a morsel to eat or anything to drink) to give them up, but he wanted to keep the biggest, so four of them were adopted out, and the two who remained became Trixie and her big son Sonny.

Every time we put down dishes and water containers they were stolen, so we had to feed them in something people wouldn’t want, and use an old paint bucket for water. 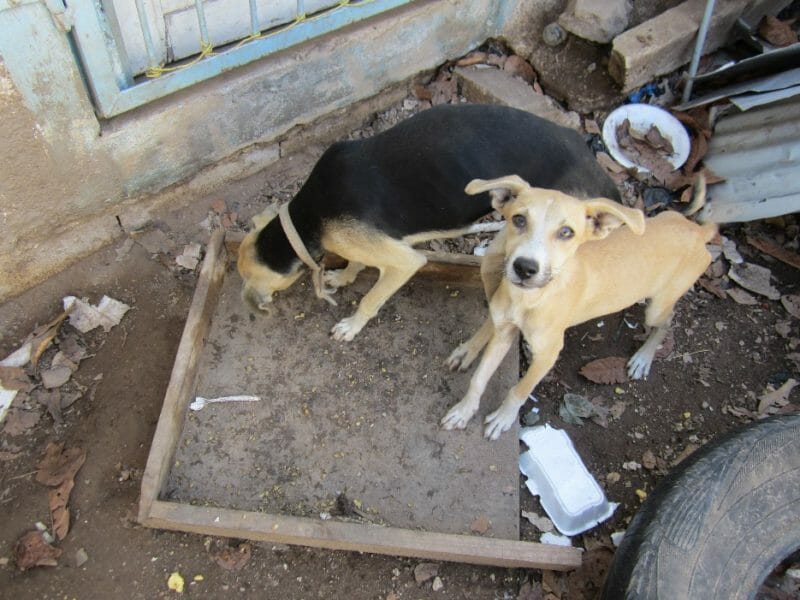 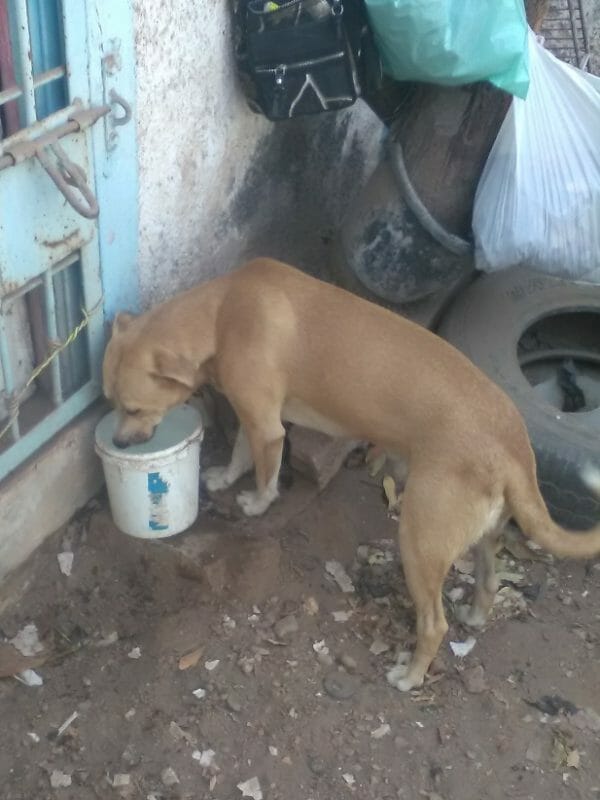 The people in the area kept throwing more and more garbage in the pen, which I tried to keep up with, bagging and getting rid of it.

In the meantime, the only shelter they had was an old machine where they would both crawl in and huddle together in the rain. 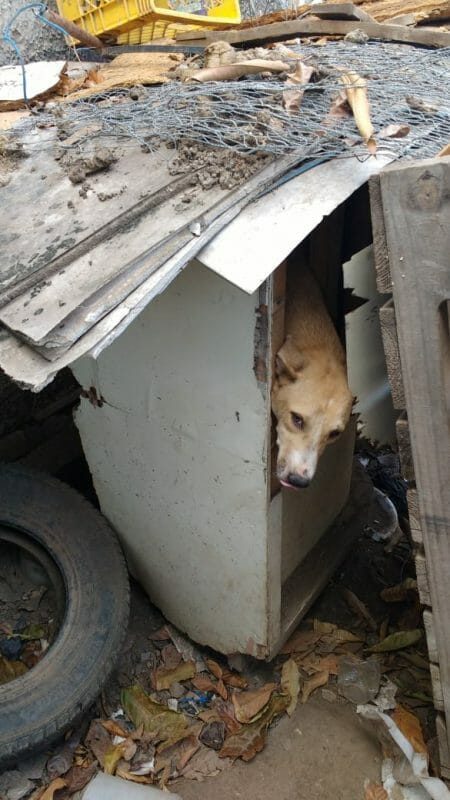 Time passed. Just in case Sonny got “interested,” we spayed Trixie.  She spent a few days at our house to convalesce, and we put her with Jesse, who quickly became her friend. 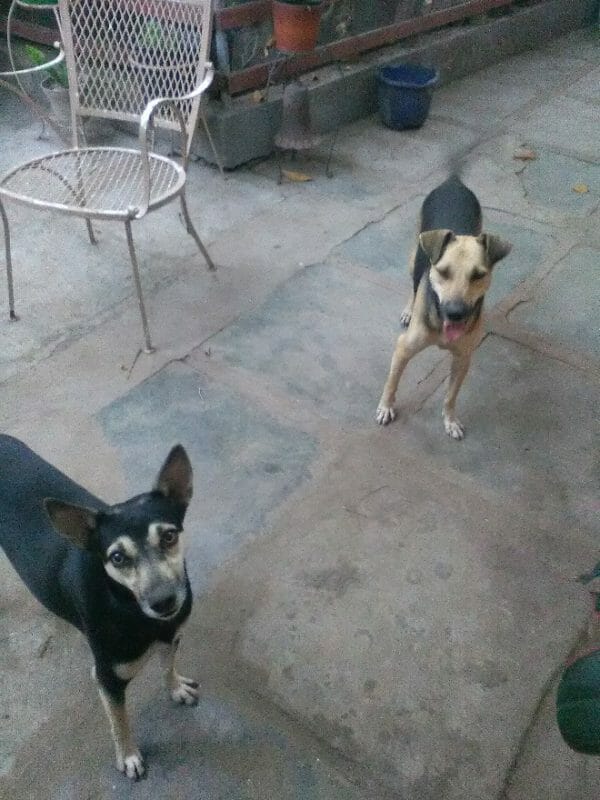 But Sonny pined without Trixie, and we had to take her back as soon as we could.

We then began searching for a home for both dogs. This proved a mammoth task, because there were people who were willing to take Sonny but didn’t want Trixie, and we were determined not to separate them.

The dogs became very affectionate, and we got very attached. 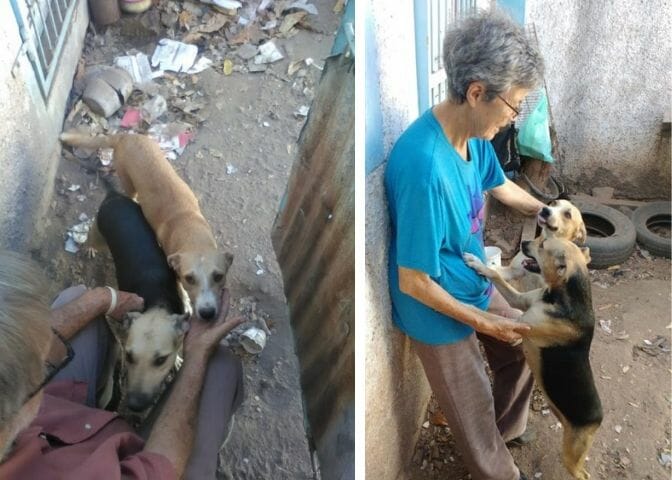 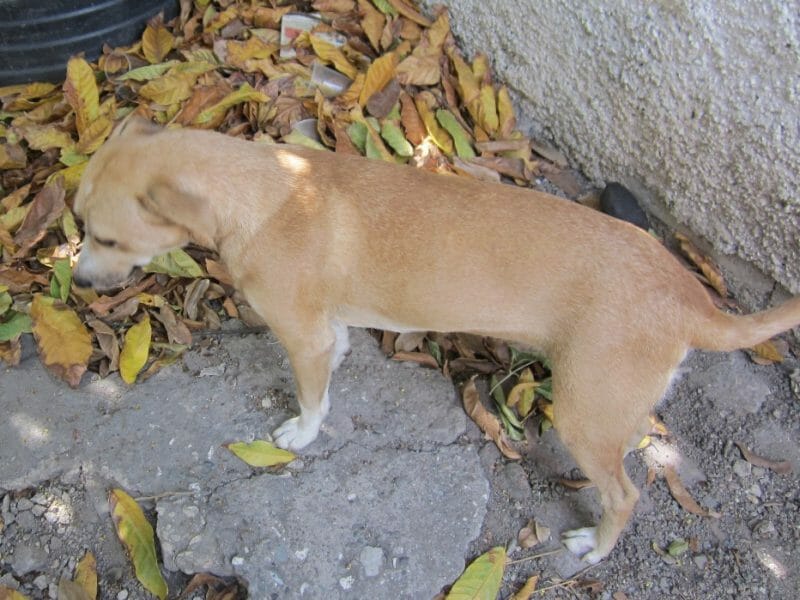 …and developed a sense of humor. 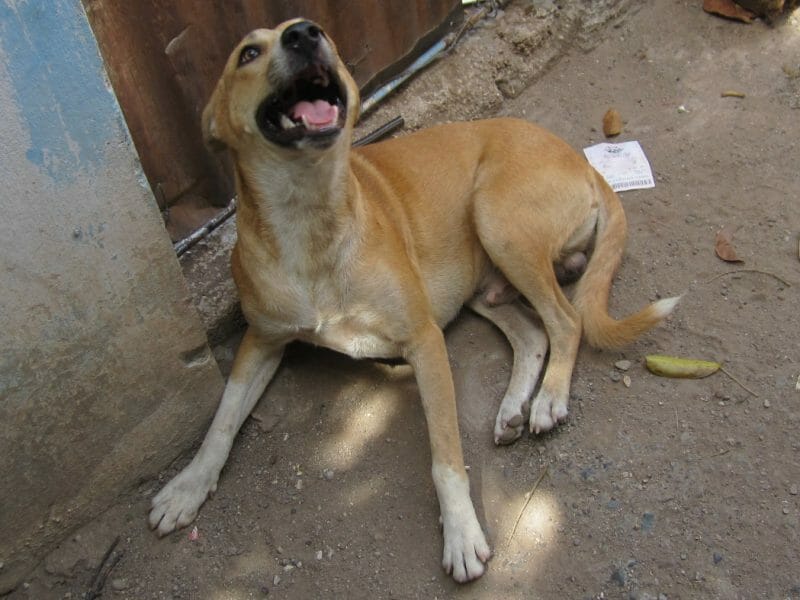 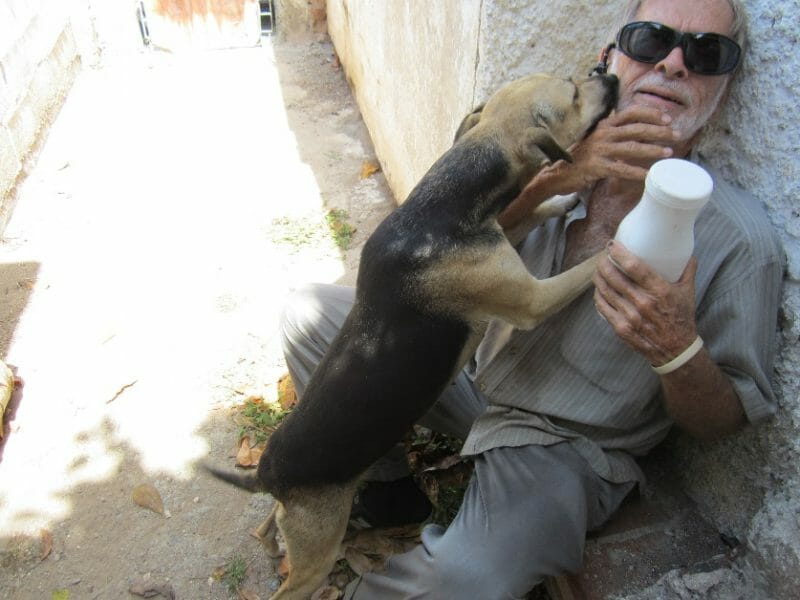 I sent out emails, and alerts, and whatsapps and everything I could think of. But it seemed the “junkyard dogs” would never have a real life.

And then fortune smiled in the most unexpected form of a business colleague who casually mentioned that she wanted a dog. Or two.

‘”Is it true?” they asked, incredulous. 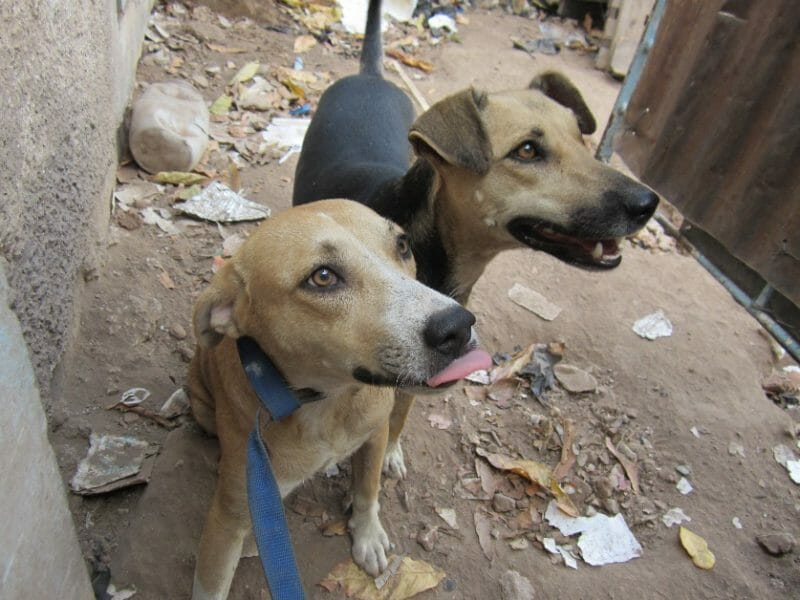 They enjoyed the car ride and Trixie seemed to know everything was about to change for the better. 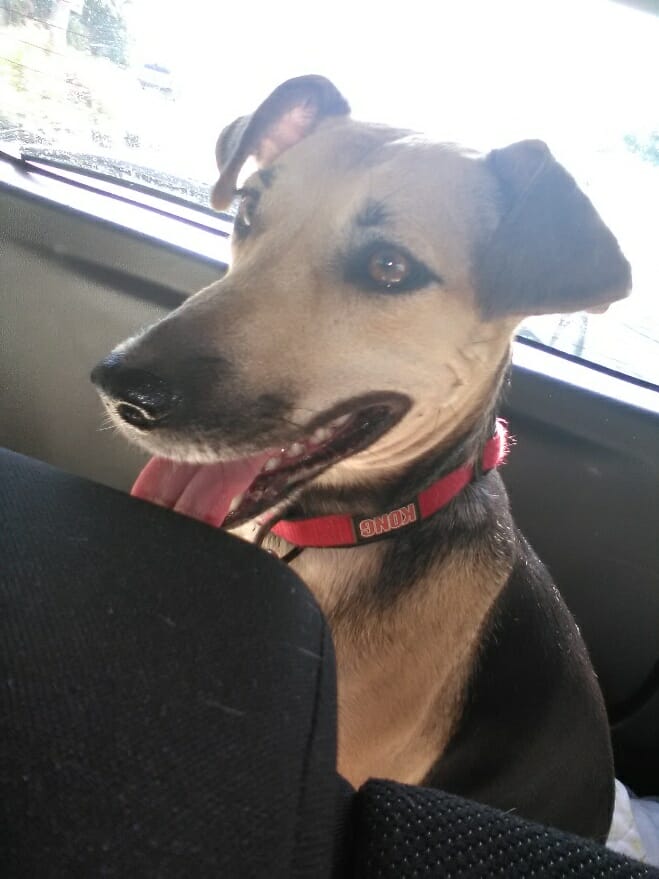 First, they were introduced to the backyard. 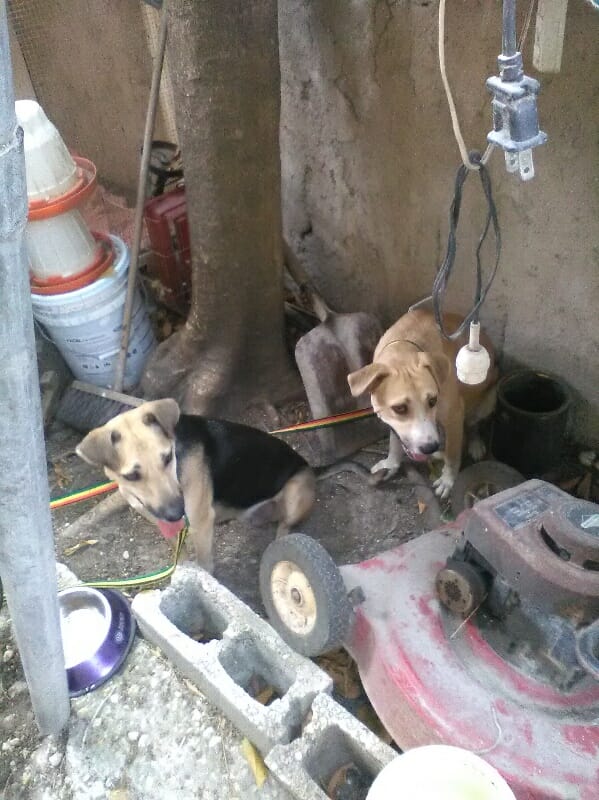 We held our breath for a few days, till we got the call –

Trixie and Sonny, formerly known as the Junkyard Dogs, are now in total control of their new home, and the whole family loves them.