Japan Has Brought Back Cruel and Deadly Commercial Whaling 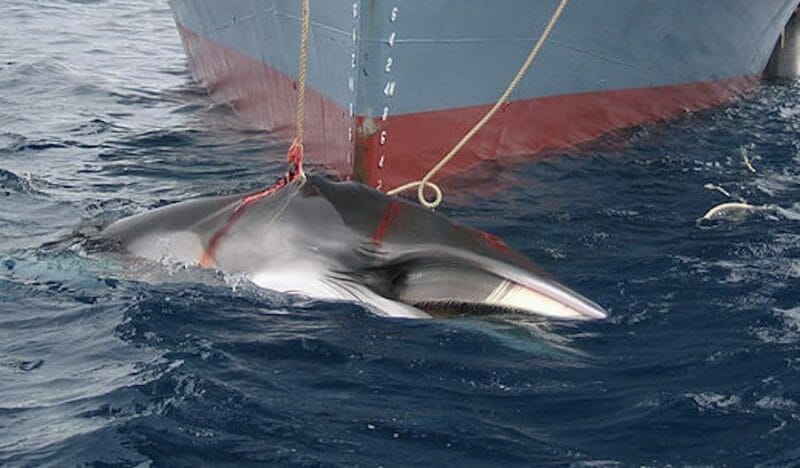 Japan’s first commercial whaling expedition in over 30 years has officially begun, and the five-vessel fleet has already caught their first whales.

In December of last year, the country announced plans to leave the International Whaling Commission (IWC) after failing to convince the organization to allow whaling under what they consider to be “sustainable quotas.” Japan’s departure from the IWC took effect on July 1 — the same day they resumed commercial whaling activities.

Members of the IWC agreed to a worldwide whale hunting ban in 1986 to allow the recovery of whale populations after hunting brought them to the brink of extinction during the 19th and early 20th centuries.

Japan’s decision to withdraw from the agreement was met with widespread international criticism from activists and conservation groups, including more than 21,000 people who signed LFT’s petition urging Japanese Prime Minister Shinzo Abe to reverse the country’s decision to leave IWC.

In defense of their exit, Japan argued that eating and hunting whales are integral components of their culture. Although whales have been hunted for centuries in some Japanese coastal communities, it’s hardly a tradition in most areas. It was only after a food shortage during World War II that consumption of whale meat became common throughout the country.

Under an exemption to the ban that allows whaling for scientific purposes, Japan has hunted between 200 and 1,200 whales annually since 1987. Many believe that the whales were hunted strictly for food under the guise of “research,” as evidenced by the fact that their meat usually ended up for sale.

Japan’s fisheries ministry set a seasonal kill cap totaling 227 animals, including 55 minke, 150 Bryde’s, and 25 sei whales. All three species are protected by the IWC, and sei whales are classified as endangered under the IUCN Red List of Threatened Species. Minke and Bryde’s whales are considered at risk of becoming endangered – an all-too-realistic prospect as commercial whaling vessels begin leaving Japanese ports, armed with harpoons.