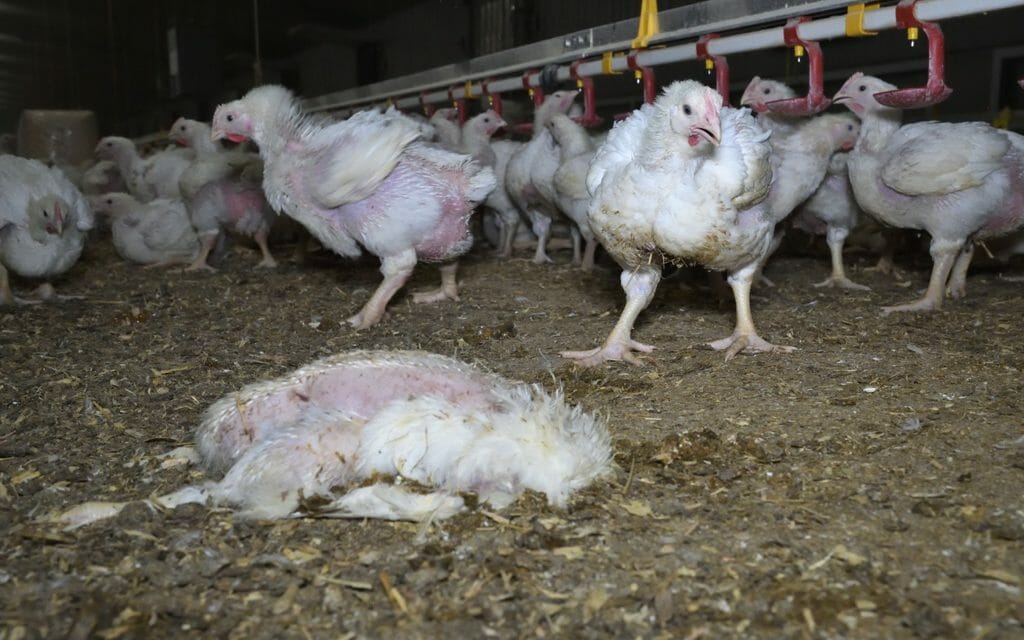 The “horrifying conditions and extreme animal suffering” shown in the video include 63,000 chickens all cramped together in double-decker sheds, and chickens living among the dead carcasses of their fellow creatures who had been just left to decompose on the ground.

The investigators, who visited each of the farms several times between February and April this year to carry out covert filming, found workers kicking and abusing chickens and breaking their necks before dumping them to die slowly on piles of other dying birds.

The chickens were forced to live on the ground in their own filth, as none of the sheds had perches, causing many of the birds to have sore, red skin. In addition, some chickens had leg injuries so terrible they were unable to walk or even stand up; and tiny, two-day-old chicks were found panting and straining to breathe — or already dead. 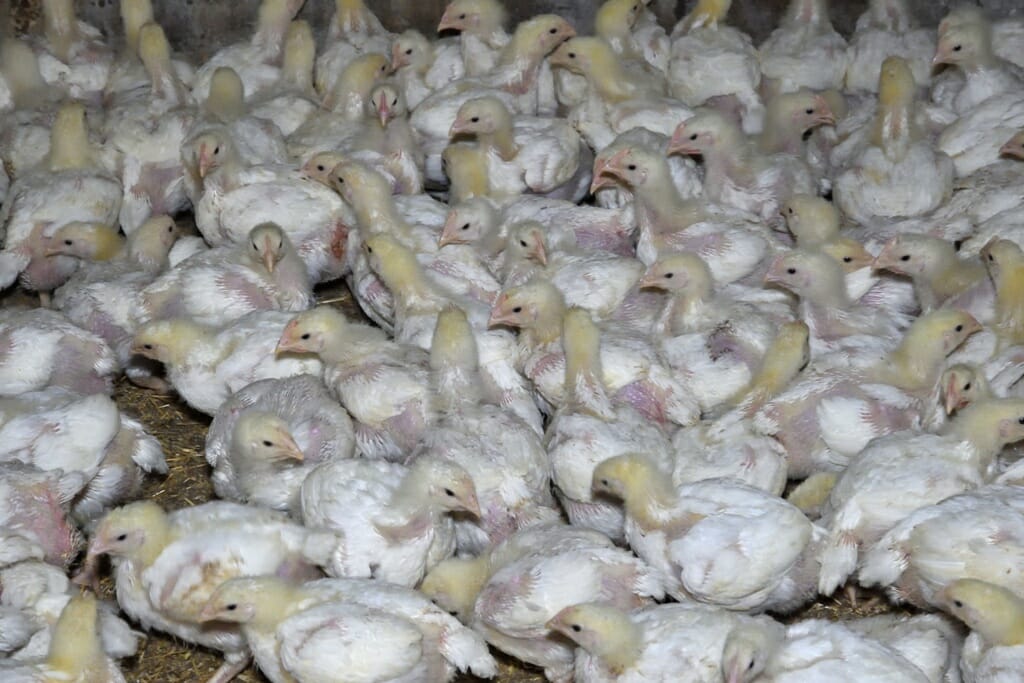 “As our appetite for chicken meat has grown, so has the size of Britain’s chicken farms. Images of distressed birds in giant double-decker sheds will be a shock to many consumers who buy British, Red Tractor-certified meat thinking they can trust its animal welfare standards,” says Dr. Toni Vernelli, Executive Director of Animal Equality UK. “Yet the truth is, the unnatural conditions chickens are forced to endure in these vast sheds are utterly dismal. One meal for us equals a lifetime of misery for them.”

The three farms — Saltbox, Ladywath and Mount — provide chickens for Moy Park, a chicken company that supplies major supermarkets including Tesco, Co-op, Sainsbury’s and Ocado. The farms are all certified by the Red Tractor farm assurance scheme which claims to provide “an easy signpost for consumers looking for British food and drink that they can trust” that is “farmed with care”.

Commenting on the investigation, a spokesperson for Red Tractor told the BBC: “Our own routine auditing of these farms had identified some breaches to our high standards, and we have been working with them to ensure they put the necessary processes in place for them to remain Red Tractor-certified.”

However, Vernelli says that labels and certificates can’t protect animals in the meat industry; only consumers can do this. “It’s easy to make the compassionate choice of leaving chickens off your plate and opting for delicious meat-free alternatives, which are now widely available in supermarkets and restaurants across the world,” he concludes. 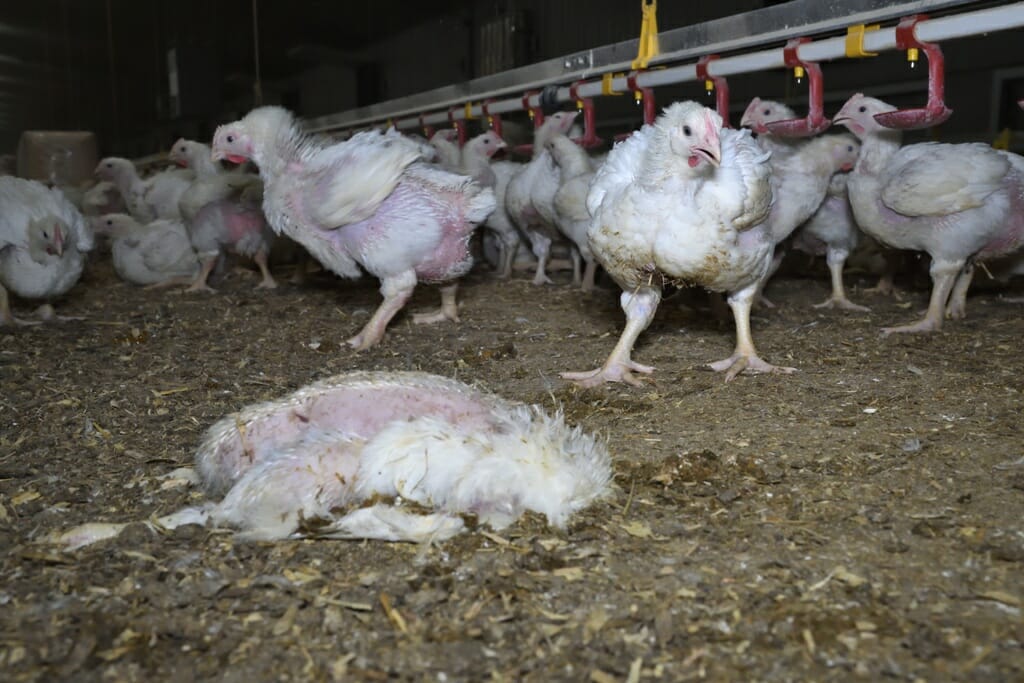