Injured Seal Pup Tragically Dies After Being Swarmed by Selfie-Seekers 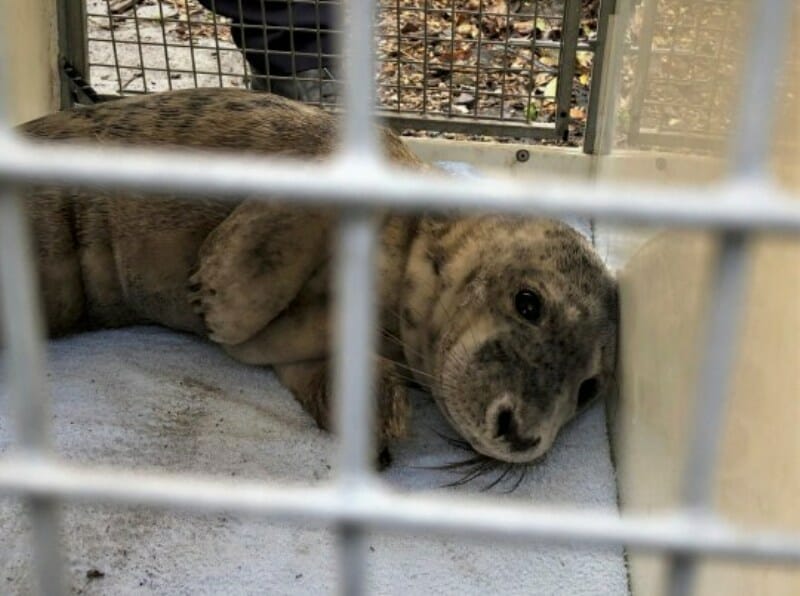 A wounded baby grey seal who became stranded on an English beach has tragically died after a crowd of selfie-seekers scared the terrified animal back into the sea before the seal could receive medical treatment.

The seal pup, who had received a severe injury to the flipper from a fishing line, returned to the shore a few hours after the crowds had dispersed and was finally able to be rescued by the Dorset RSPCA.

On its Facebook page, Dorset Wildlife Trust (DWT) reported that a seal had been observed resting on Chesil Beach, but warned the public not to interfere with the animal.

“Whilst an encounter like this is exciting, it’s best to observe from a distance as they may become distressed and head back into the water,” the post read. “If they are already exhausted, unwell or injured this could be detrimental to their wellbeing.”

But unfortunately, this is exactly what happened, and the postponement of treatment due to the pup being frightened back into the water prolonged the seal’s agony.

“The wildlife vet cleaned the wound out, but the infection was already in the bone and so the decision was made to put the seal to sleep based on the extent of this injury and the impact it would have on the future of the seal,” an RSPCA spokesman said in a statement.

This sad story is a vivid reminder that wildlife should be left in peace and certainly never used as selfie props. If you find a sick or injured animal or one that is stranded, the best thing to do is contact your local animal rescue center.