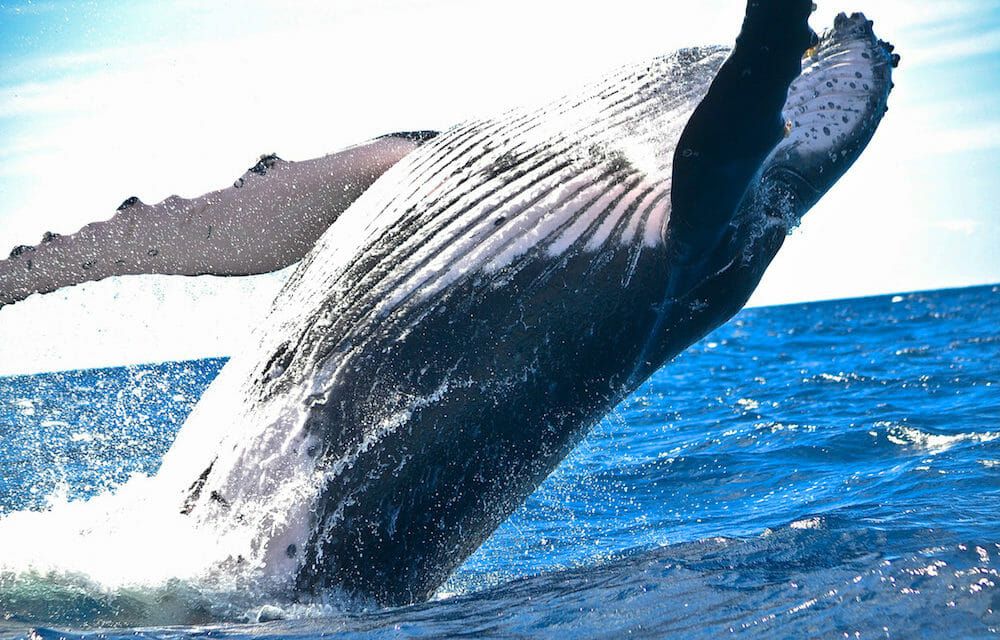 Renowned marine biologist Nan Hauser had an incredible close encounter with a 25-ton humpback whale in October 2017. This experience happened while Hauser and her team were immersed in the sea near the Cook Islands on a dive in search of marine mammals.

During the routine dive, the humpback whale approached Hauser. Over the next 10 minutes, the whale interacted with her: lifting her out of the ocean and attempting to tuck her under its pectoral fin. This was all caught on camera, both from her personal device and by the documentary filmmaker that was diving with her. Several times during the encounter, Hauser attempted to calmly swim away, but the whale persisted in following her.

Nan Hauser, who is president of the Centre for Cetacean Research and Conservation, has 28 years of experience studying and swimming with these incredible creatures, but said of the encounter, “if someone told me the story, I wouldn’t believe it. It was trying to be gentle, but this is a 50,000-pound mammal. His eye was so wide, I was just waiting to get whacked, but it was clear it was trying to communicate something.”

After being guided and manipulated through the water by the whale, a period of time which Hauser said lasted only ten minutes but felt like three hours, she returned to the research boat. It was at this point that she spotted the 15-foot-long tiger shark in the water nearby.

Tiger sharks are one of the largest shark species, reaching maximum lengths of 7.5 meters. They are regarded as one of the world’s top three most dangerous shark species, second only to great white sharks for the recorded number of bites to humans.

Reflecting on her mind-blowing encounter, Hauser said, “It’s funny how the tables are turned here: I’ve spent the past 28 years protecting whales, and in the moment, I didn’t even realize that they were protecting me!”