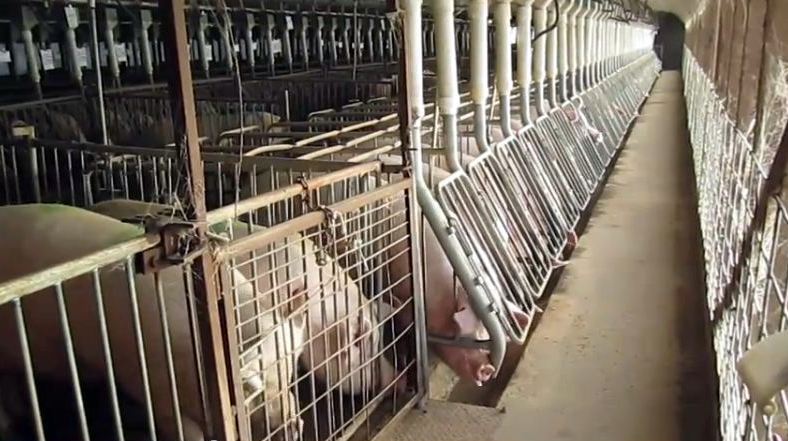 A lawsuit against Smithfield Foods alleging that the pork producer is misrepresenting how it treats mother pigs in its supply chain will proceed to trial, a judge recently ruled.

Smithfield publicly pledged in 2007 to discontinue using cruel gestation crates, which confine mother pigs to metal crates so tiny that the intelligent animals can’t even turn around. The company followed up in 2018 with claims that its facilities had converted to a “group housing” system.

The Humane Society of the United States (HSUS) discovered the corporation hadn’t actually phased out the crates and sued as a result, alleging the corporation was misleading consumers.

“We believe it’s misleading to consumers for Smithfield to publicly claim it has met its promises, and to use our past support for its promises as a marketing tool, when it continues to lock mother pigs in inhumane gestation crates,” HSUS executives Kitty Block and Sara Amundson wrote in a blog post.

Gestation crates are hardly bigger than a mother pig’s body, and their use is extremely cruel and abusive, according to the HSUS. The crates cage individual animals so tightly that the pigs are hardly able to move.

“As consumers have learned about this practice, they have rightfully started to demand an end to it,” the HSUS said.

In another recent court victory for animals and animal activists involving Smithfield, a jury unanimously acquitted rescuers who were facing theft and burglary charges for removing two sick and dying piglets from a Smithfield facility in Utah. Proponents of the jury’s verdict called the case a landmark decision that establishes the “right to rescue” severely distressed or dying animals from cruel situations.

Choosing plant-based food options over products derived from farmed animals is another way caring consumers can combat the widespread animal cruelty that goes on at factory farms. We encourage you to try a delicious and affordable plant-based recipe today to help make a difference for these suffering animals.