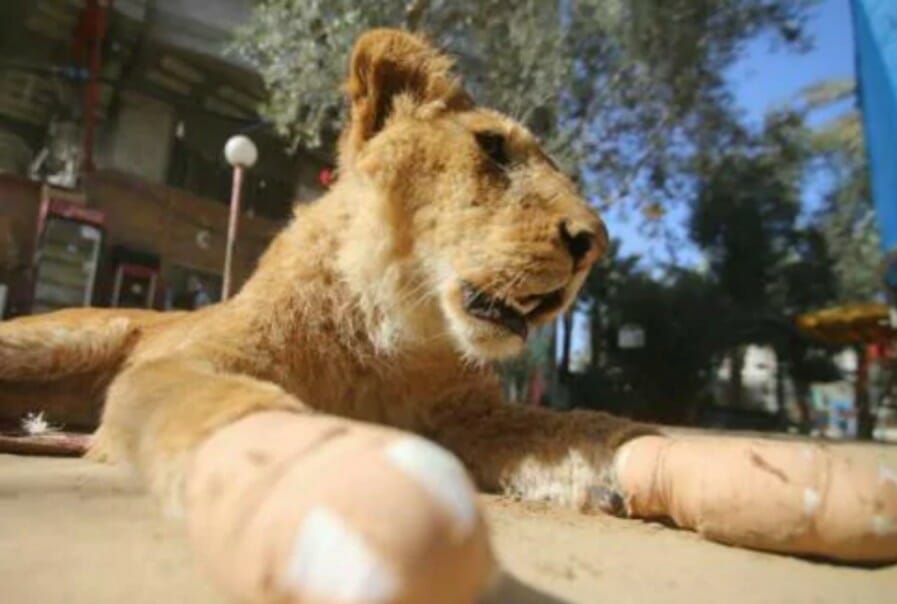 A lioness was brutally declawed at the Rafah zoo in Gaza. All Images Four Paws International

Big news from the animal welfare group Four Paws International as they have recently rescued over 47 animals from a zoo in war-torn Gaza.

The war on the Gaza strip has been raging on for several years now, with local zoos and many animals caught in the crossfire. The Rafah Zoo in particular has become known as a “zoo of horrors” due to the nightmarish conditions in which the animals were being kept.

In January, four lion cubs froze to death at the Rafah zoo due to extreme weather and complete negligence. A few weeks later, a young lioness had her claws barbarically removed with garden shears, apparently so that zoo visitors could play with her. Several other animals have perished at the zoo because of a complete lack of veterinary care; some have even been stuffed and put on display. 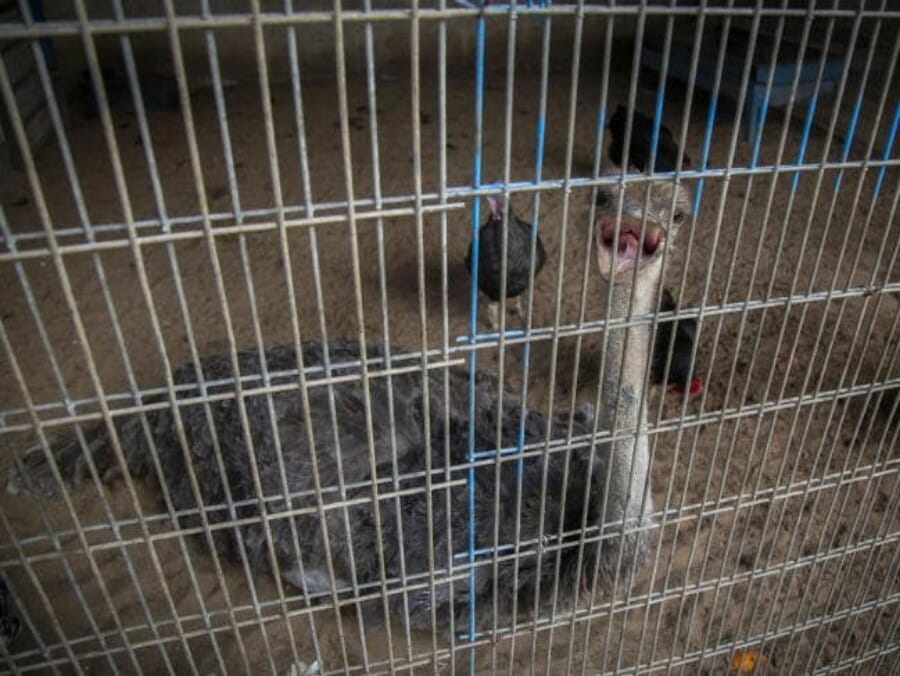 An ostrich waits to be rescued at Rafah zoo in Gaza.

This monumental rescue mission has been delayed multiple times due to escalating violence and border closures in the Gaza region. Four Paws knew how difficult it would be going into a war zone, but they refused to give up on the animals. The organization assembled a team of veterinarians and wildlife experts to carry out the daring rescue. It took months of preparation and several attempts before the animals could be safely evacuated.

In the end, 47 animals were rescued, including five lions, a hyena, several monkeys, wolves, porcupines, foxes, cats, dogs, emus, ostriches and several exotic birds. The animals were taken on a 300km (190-mile) journey across the border to wildlife sanctuaries in Jordan, where they can spend the rest of their lives in species-appropriate habitats. The lions are headed to the Four Paws big cat sanctuary in South Africa, called Lionsrock, where they will live in a peaceful and natural environment. 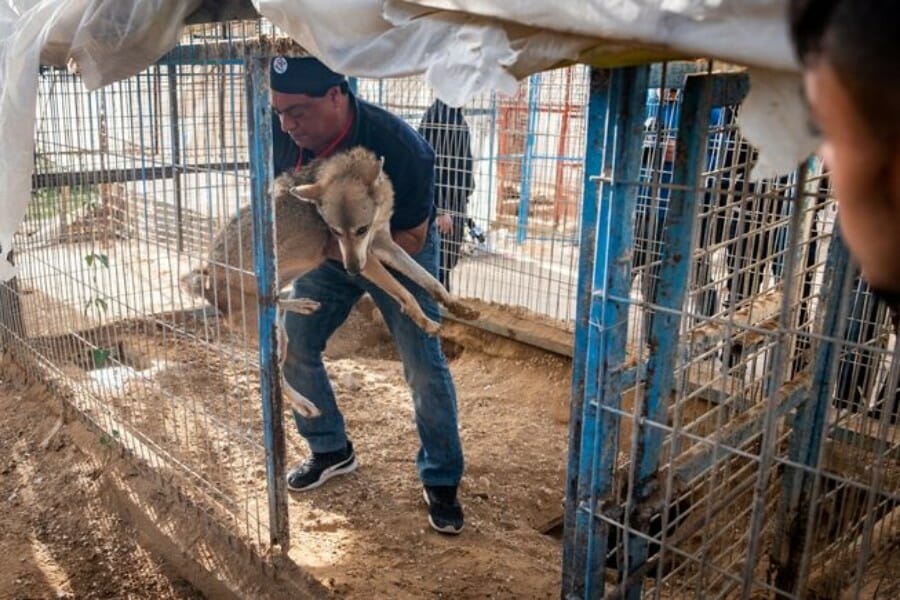 Animals being carried to safety from the Rafah zoo in Gaza.

The Four Paws organization has been active in Gaza since 2014 and has already evacuated and closed down two zoos in the region: the Al-Bisan zoo in 2014 and the Khan Younis zoo in 2016. All of the animals from the previous two zoos were safely transferred to sanctuaries. With the successful rescue of the Rafah zoo animals there are now only two more zoos left in the Gaza Strip. Four Paws International has vowed to continue working towards closing down the two remaining zoos, and bring all animals to safety.