Home » Animals » How Hurricanes Affect Animals and Their Homes – And How You Can HelpBy Kate Harveston | August 9, 2019 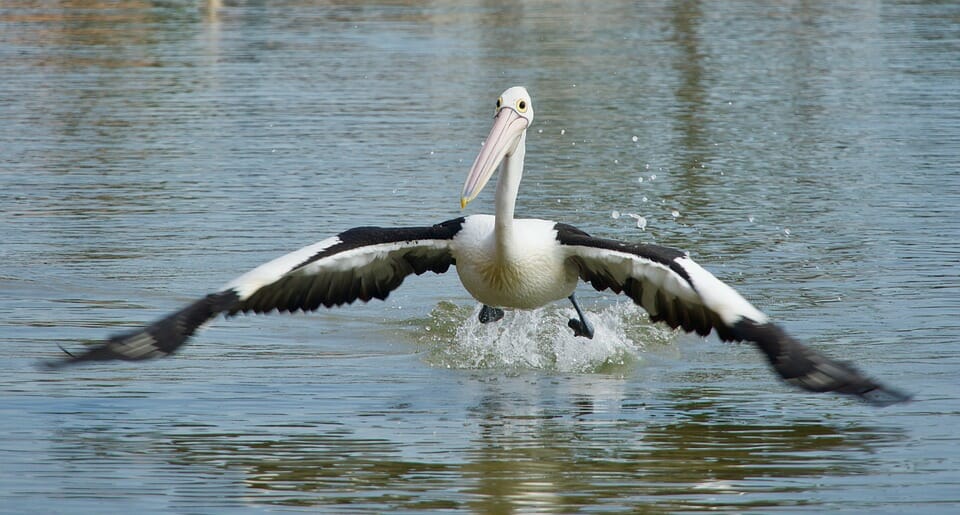 Although a hurricane’s effect on humans can be huge, we’re not the only species that has to survive the storm. In spite of their survivalist instincts, some wildlife will struggle when hurricanes hit. The same goes for the ecosystems in which they live. Here’s a little bit on what happens, and what we can do to help.

A hurricane comes with strong winds — a category one storm comes with 74 mph winds, and that’s the weakest of all potential hurricanes. As such, it makes sense that birds would be adversely affected by such a change in the climate.

Some birds have adaptations that help them withstand such strong gusts. For instance, woodpeckers take shelter in hollow trees. So long as their chosen trees don’t fall during the storm, they stay safe. Woodland birds and songbirds have evolved toes that hold on tightly to their chosen perch so that they can ride out the wind — they even sleep while securely clutching to branches this way.

Still, winds can blow birds off-course while they’re flying, and some hurricanes have rocketed species far from their natural habitats. For example, a North Carolina variety of pelican landed in Nova Scotia post-Hurricane Earl in 2010. Some birds will find their way back to their migratory pattern, while others struggle to find food as they try to do so.

Hurricanes bring plenty of fresh water with them — Hurricane Harvey, for instance, dropped a whopping 130 centimeters of rain when it blew through Houston in 2017. But hurricanes also cause storm surges, which can push waves of saltwater into freshwater areas. This side effect can seriously damage an ecosystem.

For one thing, fish evolved to live in freshwater won’t survive when they’re deluged with saltwater. The same goes for other small species and even foliage that grows in such zones. Wetland areas — which provide protection during storms — can suffer when ocean surges throw off the balance of fresh and brackish water. And, if saltwater takes too long to drain and filter away, it can kill larger plants and even trees in the process.

We’ve already touched on the fact that hurricanes bring extra-strong winds. Combine that with rain, which loosens up the soil, and you have a recipe for disaster, as far as trees are concerned. Forest ecosystems can be deeply damaged by hurricanes for this reason. After Hurricane Maria, for example, some areas of Puerto Rico lost 30 percent of their trees.

In many cases, trees situated along the coast serve a vital role in the area’s ecosystem. For one thing, animals collect food and find shelter there. Migratory birds and other species rely on such foliage for rest and recovery on their journeys. Without the trees, this pattern is thrown completely off-kilter.

Underwater Species Get Hurt or Killed

Churning hurricane waters hurt the animals that live within them — and this applies to species in the open ocean and those that dwell closer to the coast. In terms of the former, hurricanes can drum up nutrient-rich waters and bring them close to the surface. When oxygen’s added, such waters cause algae blooms that can last for weeks post-hurricane.

Some fish have an innate sense that danger is on the way. When barometric pressure drops ahead of a hurricane, some will depart from the coast in favor of deeper waters, in which they weather the storm. Of course, not all fish and marine life will be so lucky. Storm surges and flooding can push them from their habitats, eventually killing them because they can’t breathe.

To that end, excessive rainfall can push too much organic material into the water supply. An influx of soil, plant matter and more can absorb the water’s oxygen, making it impossible for underwater species to breathe. This happened during 1992’s Hurricane Andrew, causing the deaths of a staggering 180 million fish.

Finally, specialized species make their homes in the sand or on dunes. Sometimes, strong hurricane winds and waves can damage these habitats — and that’s the best-case scenario post-storm. Others have completely wiped out such sandy dwellings.

So, after a hurricane, dune and barrier island-based species may find themselves without homes at all. Other species rely on such oases, too, even if they live in the water most of the time. For instance, sea turtles nest on land, so a hurricane can wipe out all of their eggs. Surging waves can also inundate their nests with water, damaging the eggs, too. The same happens to birds, such as plover and tern, that nest in similar spots.

What Can We Do?

It would be impossible for us to save every animal and fortify every habitat pre- or post-hurricane. Fortunately, some animals do have an escapist instinct and know when it’s time to flee. Others will make do post-storm until they can return to their homes.

In most cases, your best bet is to let animals make do with their own devices. During Hurricane Irma, beachgoers were told they could protect sea turtles by leaving their nests alone. However, you could also donate to or volunteer with charities that help rehabilitate animals post-storm. The group Animal Help Now, for example, takes tips and comes to help animals in need.

In the meantime, we can do our part to reduce the strength of such storms. Climate change is a contributing factor in making such storms even stronger and more dangerous. Warmer ocean waters provide hurricanes with more power — so, the more that greenhouse gases heat up the Earth’s temperature, storms will continue to get bigger and stronger. So, if we focus on reducing our effect on the planet, we could give these valuable creatures and ecosystems a better chance against such storms in the future.