He may look like he’s smiling, but don’t let his natural face markings fool you into thinking he’s in any way happy.

In a video captured by World Animal Protection, illegal loggers in the Amazon can be seen cutting down a 100-foot tree. At the top is a confused, terrified sloth clinging for life — whom they’ll later sell into captivity for just $13.

After miraculously surviving the fall, the sloth is bagged up and taken to be sold for tourist entertainment in the Belén market, a shantytown notorious for selling exotic items and wildlife, just outside of Iquitos, Peru.

The video was taken just weeks after WAP exposed the cruelty and harm the Amazon’s tourist entertainment industry inflicts on wildlife, including sloths, green anacondas, pink river dolphins, and more. 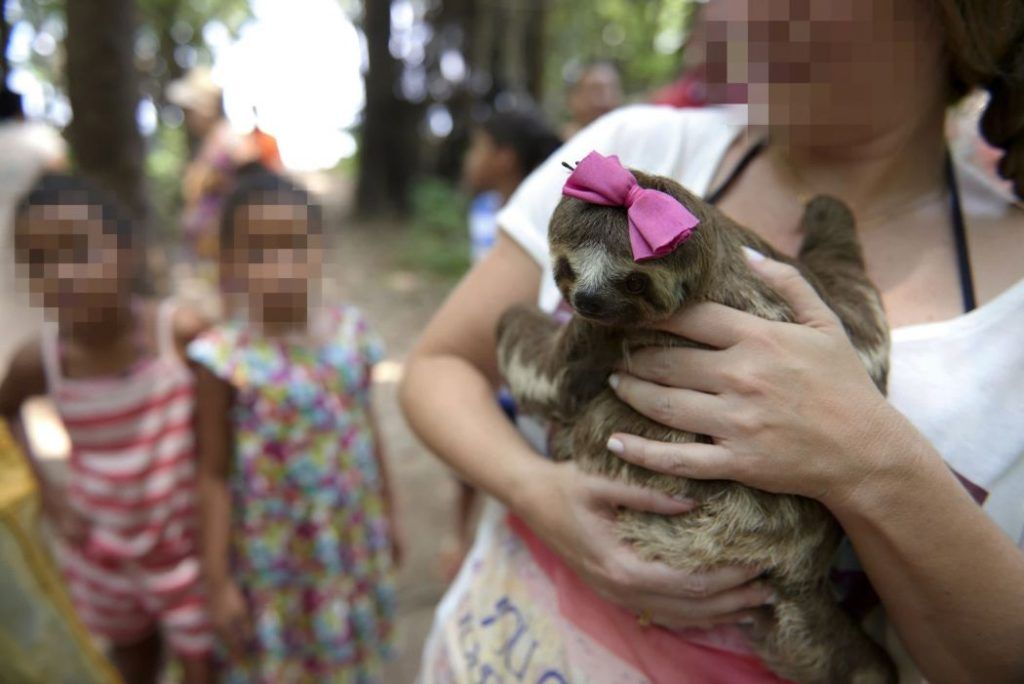 Home to over 18,000 species of plants and more than 600 animal species, the Amazon region contains more than 10% of the planet’s biodiversity. This incredibly fragile and vital ecosystem faces significant threats every day, as animals are stolen from their wild habitats and forced into captivity, all for mere entertainment.

The three-toed sloth is a slow, tree-dwelling creature, making it nearly impossible for it to escape predators—especially those with axes and machetes.

After being taken from its vast, rich environment, the sloth is forced to spend the rest of its life being held by tourists. For what?

Yes, sloths are forced into a lifetime of captivity, often in cramped, filthy conditions, for the sake of a photograph.

“It is ludicrous that this is to fuel the wildlife selfie craze which has become a worldwide phenomenon,” said Steve McIvor, CEO of WAP.

Not only do sloths face physical distress, but it is also clear that this inhumane treatment causes them psychological affliction as well.

When not being manipulated into poses by up to five tourists in the span of just a few minutes, sloths are left on the floor, often tied up, until the next photoshoot begins.

“We know that people want to hold sloths and take selfies with them because they love animals, but they’re usually unaware of the hidden cruelty behind the scenes which makes these experiences possible,” said Koenen.

Sloths have become widely popular in the past few years. Viewed as cute, gentle, ever-smiling furry friends, they are featured constantly in videos, clothing, and more. Everyone loves sloths, so if given a chance, who wouldn’t want to hold one and get that Instagram picture up for the world to see?

These cuddly creatures don’t belong in our arms, however; they belong in trees in the rainforest. 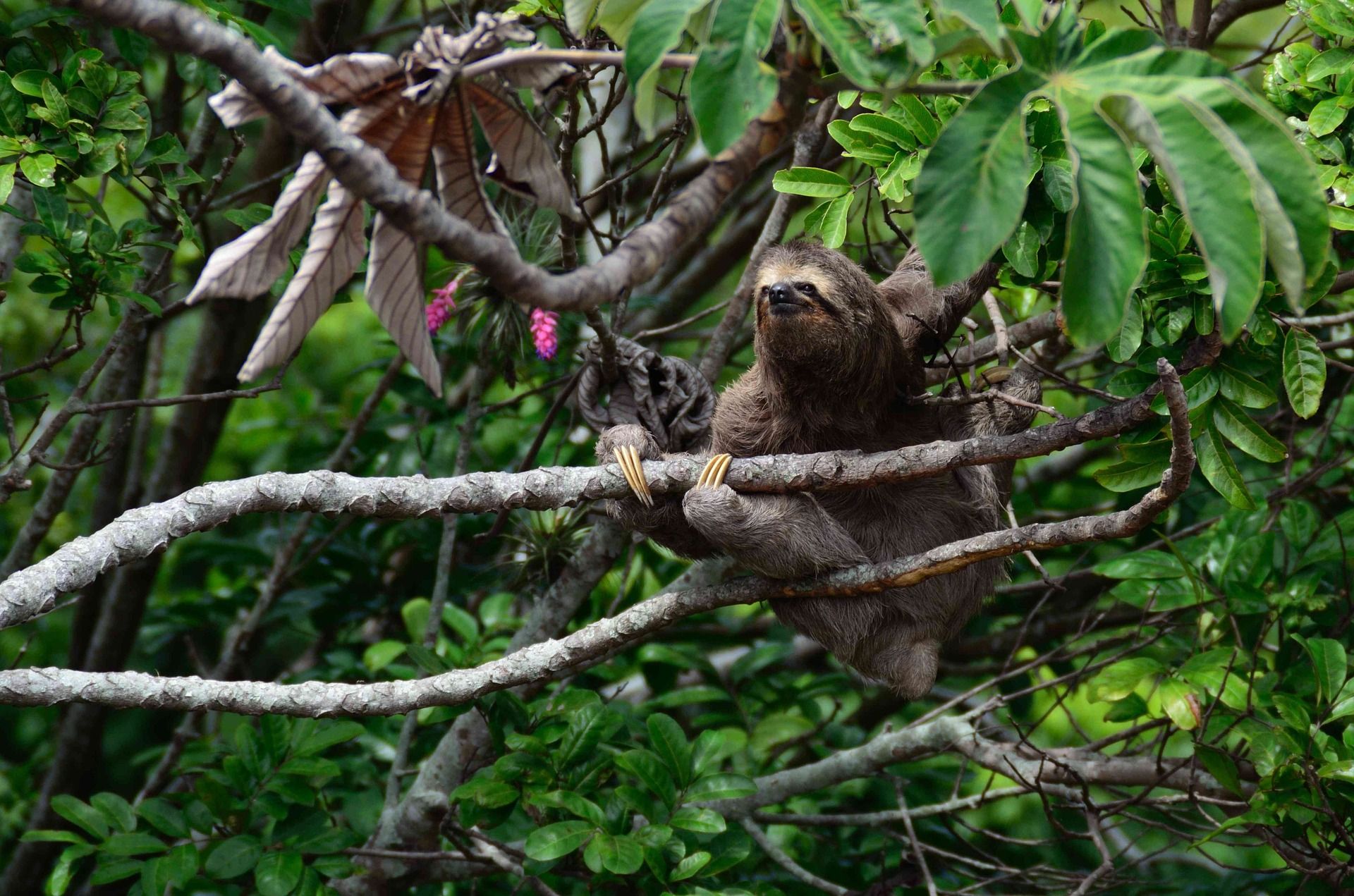 The sad truth is that most sloth-loving tourists are unaware that they’re supporting a violent, cruel industry that is contributing to animal abuse and Amazon habitat destruction when they pose for these pictures.

WAP has launched the Wildlife Selfie Code, an initiative designed to teach tourists about the dangers of the exotic entertainment industry and what they can do to avoid supporting it — while still getting that adorable sloth selfie from a safe distance in the wild.

“We urge people to join our movement and sign our Wildlife Selfie Code, to help end the use of wildlife selfies on social media and keep sloths in the wild, where they belong,” said Koenen.

Sloths, along with many other animals, deserve to live in peace in the Amazon. There is a better way to go about appreciating the beautiful biodiversity of the region, and learning to take a cruelty-free photo is just one important step.