Hope for the Future at Jane Goodall’s Roots & Shoots Awards 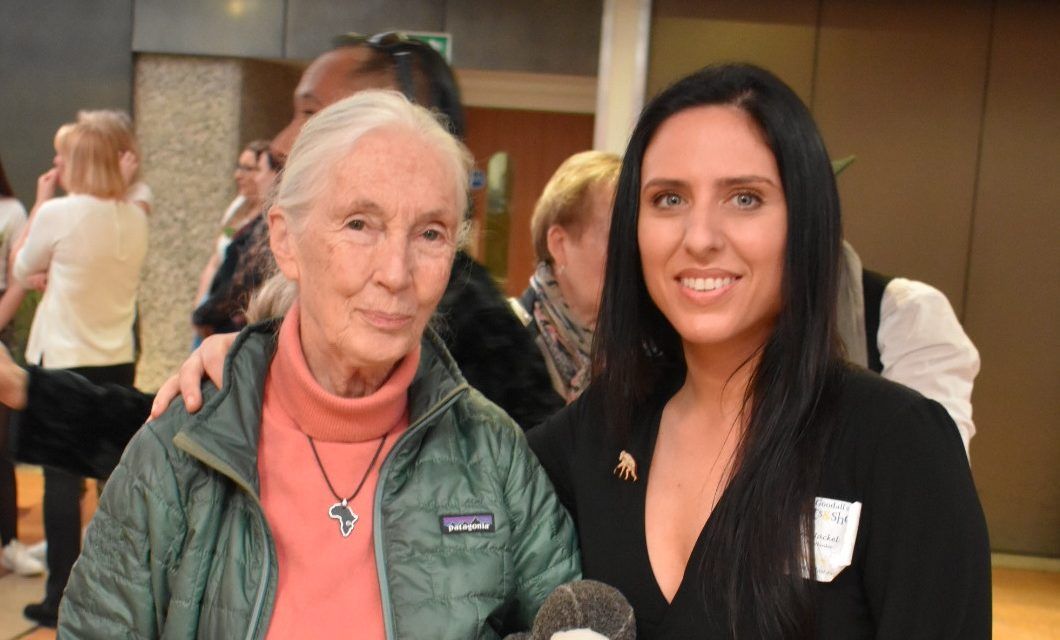 It’s a question Dr. Jane Goodall gets a lot: “Do you have hope for the future?”

A valid concern in an increasingly toxic environment, with pollution and climate catastrophes threatening so many delicate species — including humans.

But, drawing on the sage wisdom and serenity of a woman who emerged more than 50 years ago as an environmental pioneer and hasn’t stopped since, Jane is not afraid. Because, as she observed onstage at the Jane Goodall Institute’s annual Roots and Shoots awards in London on March 14, there is hope in our children.

The annual awards ceremony celebrates bright, motivated youth who are taking creative, effective actions to preserve our beautiful world and all of its inhabitants. They will not let their futures — nor those of their children, grandchildren and beyond — be sold off to today’s highest, yet most short sighted, bidders. 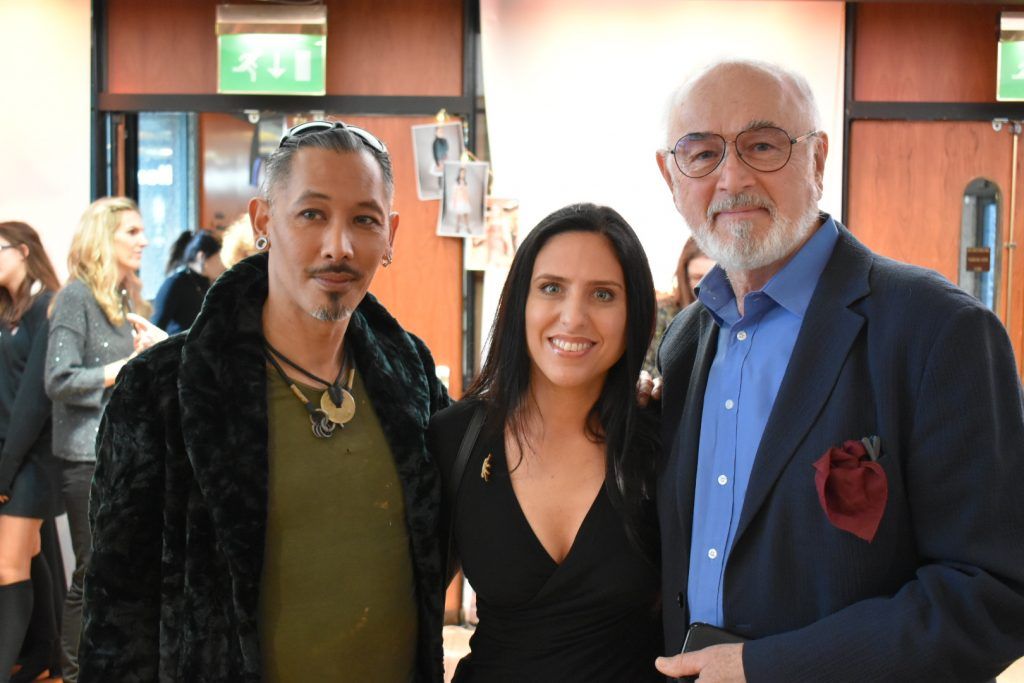 Left to right: Duke Ingram, Me, and Actor/Activist Peter Egan

I was just a little girl when I learned about Jane Goodall’s work with animals, and doubtless she helped form the animal advocate I am today, as founder of Lady Freethinker.

Jane’s Roots & Shoots program is a gift to today’s young people, providing them a platform to take on environmental, conservation and humanitarian issues. The youth involved are doing everything from starting outdoor appreciation groups at school to rescuing hedgehogs to crafting fashion out of plastic trash.

The awards ceremony, beautifully executed by Jane Goodall UK coordinators Jasmina Georgovska, Duke Ingram and Rubin Besureis, featured a display of booths highlighting youth projects, as well as a lively “trashion” show (winners were treated to vegan accessories from LaBante London). Then, Jane herself recognized each group for their exceptional work, personally handing out the awards onstage — and really, isn’t that alone enough of a reward to do something good for the world? 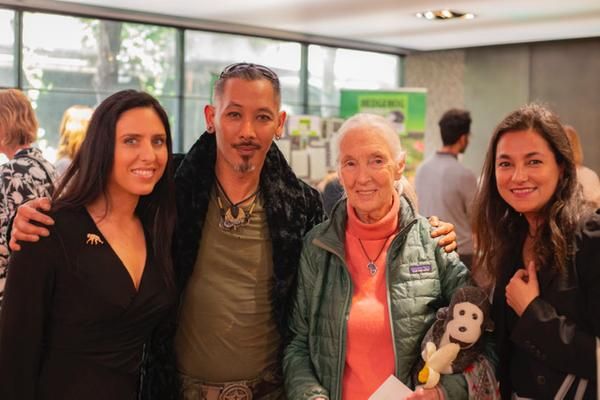 When the last award was handed out, Jane took the podium and gave a speech that will inspire me for the rest of my life. She talked about being a 20-something woman in a world where education was not a real option, living in Africa among the chimpanzees — and being the first person to discover that, with their social behavior, use of tools, and even their capacity for human-like warfare, these apes were more similar to us than anybody in those days chose to admit. She went against the “science” and stereotypes of the day to cut through to the truth, and then chose to spend her life traveling the world to tell everybody about it. (She still does.)

Thank you, Jane, for inspiring me, and inspiring the youth of the world to care about animals and the planet. Thank you for bringing us hope. 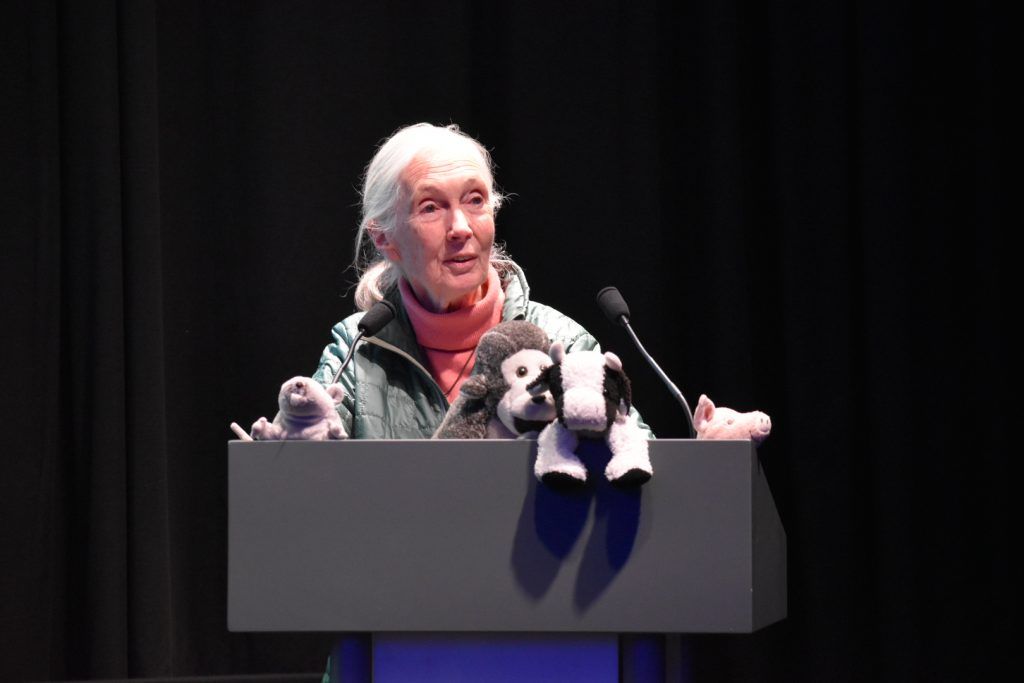 Get involved! learn more about the Roots and Shoots program at this link: https://www.rootsandshoots.org/