This year’s event honored five compassionate individuals for their outstanding achievements in creating a better world for animals. Outspoken animal rights activist and philanthropist Philip​ ​Wollen​ received the Albert Schweitzer Award for his animal welfare work in over 40 countries. Jane​ ​Velez-Mitchell​,​ ​one of America’s most prominent spokespersons for animal rights, received the prestigious Sam Simon Award, named in honor of dedicated animal advocate and The Simpsons co-creator, the late Sam Simon.

The Activist of the Year award was granted to activist and investigator Bryan​ ​Monell,​ ​whose undercover work helped blow the lid off the brutal treatment of elephants in circuses, among other hidden atrocities to animals.

The Philanthropists of the Year award went to Adam​ ​and​ ​Amber​ ​Tarshis​, whose foundation supports animal cruelty investigations, spay and neuter programs and more.

“We are incredibly grateful for the support that Last Chance for Animals receives from industry friends and our generous donors and sponsors who make it possible for us to create positive changes in the lives of all animals,” said Chris DeRose, LCA president and founder. 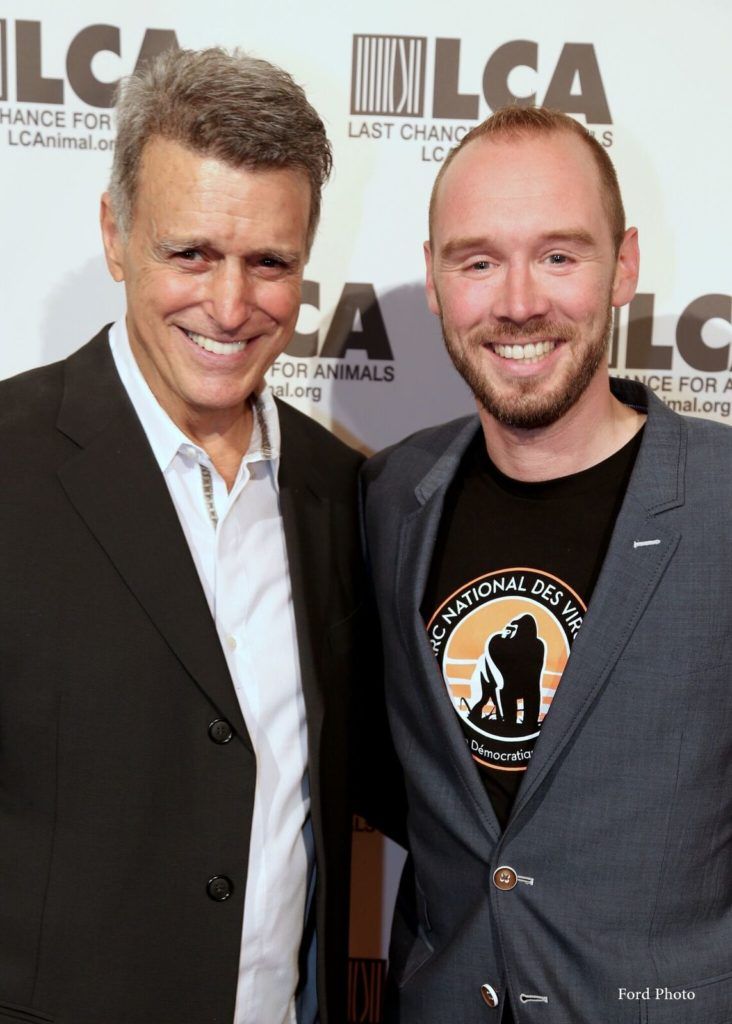 The evening was hosted by actress Katie Cleary and radio host Mark Thompson, and celebrity guests included Priscilla Presley, Cloris Leachman, Joanna Krupa and Poison drummer Rikki Rockett. Anthony Caere, head of the Air Wing program of Virunga National Park in the Congo, delivered an update on the lifesaving impact of a Cessna 206 airplane that LCA donated to the park. Shortly after the donation, Caere was in a plane crash in another Virunga aircraft. The LCA donated Cessna flew its first mission to rescue Caere from the crash site. Despite sustaining serious injuries, Caere recovered and has returned to work helping protect the wildlife and the rangers of Virunga.